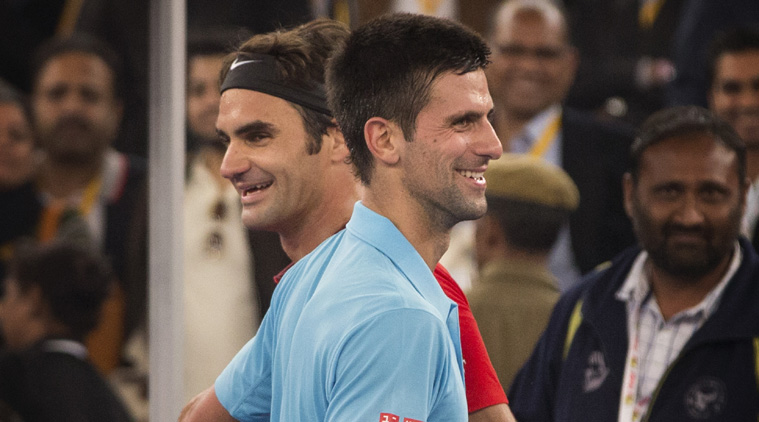 Wimbledon Centre Court crowds weren’t the only ones frustrated when both opponents for Roger Federer and Novak Djokovic quit after 40 minutes of play, both with injuries.

Roger Federer and Novak Djokovic said Wimbledon should consider rule changes after both their first-round opponents retired with injuries.

Second seed Djokovic progressed after a calf injury saw Martin Klizan pull out after 40 minutes at 6-2 2-0 down.

“We had a joke in the locker room saying we should maybe play a practice set on Centre Court,” said Djokovic.

Both Klizan and Dolgopolov have struggled with injuries recently, and their retirements were among a total of eight – seven in the men’s draw and one in the women’s – over the first two days of the Championships.

The men’s tour, the ATP, introduced a rule at the start of 2017 that means a player can retire before a first-round match and retain their prize money.

A lucky loser then gets the place and money earned from qualifying, plus any further prize money accrued from the second round onwards.

The rule is not in place at the four Grand Slam tournaments.

“Maybe it should be addressed,” said Djokovic.

“I think the new rule that the ATP has reinforced allows players who have made it to the Grand Slam main draw to get what they deserve, but at the other hand allow someone else to play if they can.

“I support that kind of rule.”

First-round losers at Wimbledon earn $45,000 this year, potentially encouraging players to take to the court when they know they are not fit enough to compete.

“The question always is, should they have started the match at all?” said Federer.

“That, only the player can answer really, in my opinion. You hope that they would give up their spot for somebody else, even though they deserve to be in there, but fitness was not allowing them.

“Maybe the Grand Slams should adopt some of that [the ATP rule], then maybe we would eliminate maybe half of the players [who retire],” said Federer.

“Some of them, maybe something really did happen. Now you’re thrown in the same basket, so that’s rough.” 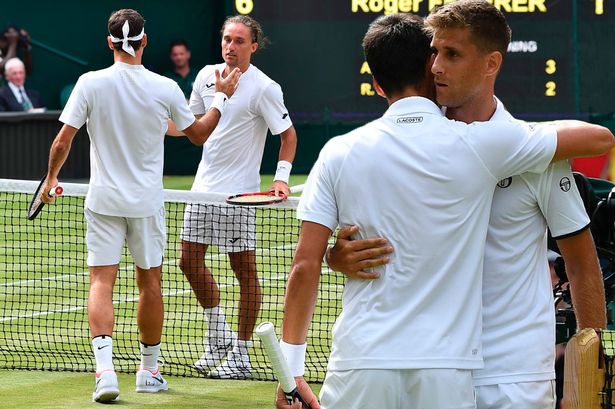 It’s not a good look for our sport – McEnroe

Klizan suffered a recurrence of a calf injury that forced him out of tournaments in Rome and Geneva in May, and a groan went around Centre Court when, less than an hour later, Dolgopolov also failed to complete two sets.

The 15,000 spectators were at least cheered by the news that former world number one Caroline Wozniacki and Timea Babos would make a surprise appearance on Centre Court to bolster the schedule.

Three-time champion John McEnroe said to media outlets: “I do think when you saw Klizan, he clearly wasn’t ready or able to play from the very beginning.

“They’ve got to figure out some kind of rule change where, I suggest, they give him half the first-round prize money and bring someone else in who is at least fit and can go out 110%.

“It’s not a good look for our sport when you have to sit and watch that on Centre Court.

“For someone like Klizan, that £45,000 [first-round prize money] really matters and he’s reluctant to give that up.

“That’s where you need to get the powers-that-be at Wimbledon, the ATP, all the people involved in our sport, even a coach to speak to Martin and make him understand that in the best interests of the sport, and for himself – he’s risking a worse injury.

“This isn’t something that just cropped up, he’s had issues with this for a few months, so he’s got to get this sorted out.” 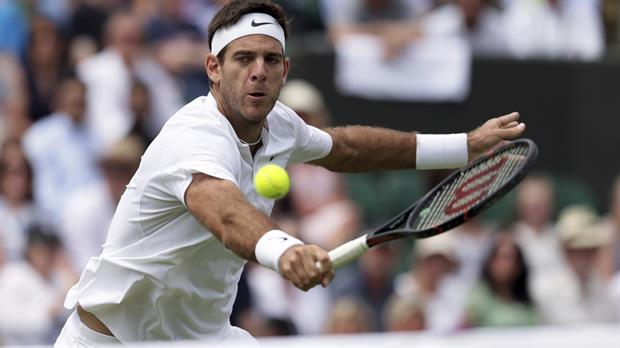 Del Potro fights back to reach round two

The Argentine 29th seed won the first set before turning his ankle in the second as the 21-year-old Australian took advantage to level.

A poor tie-break from Kokkinakis handed Del Potro an otherwise even third set.

Kokkinakis then saved six match points in the final game of the fourth set but Del Potro, 28, finally came through.

The former US Open champion will face Ernests Gulbis in round two after the Latvian, ranked 589 in the world, beat the Dominican Republic’s Victor Estrella Burgos 6-1 6-1 6-2.

Queen’s Club champion Feliciano Lopez became the seventh man to retire in the first round when trailing France’s Adrian Mannarino 5-7 6-1 6-1 4-3.