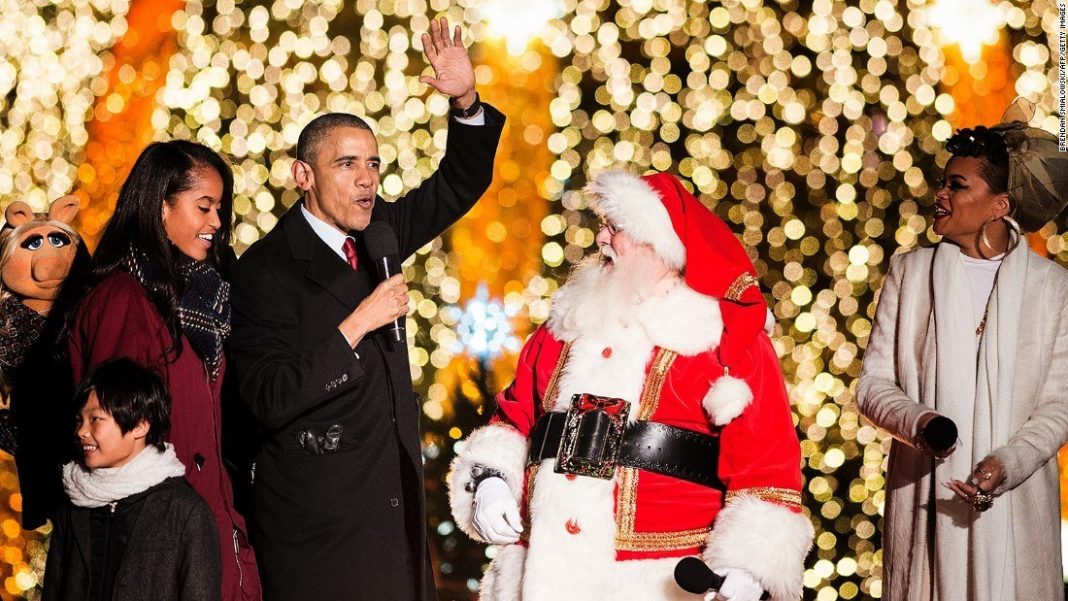 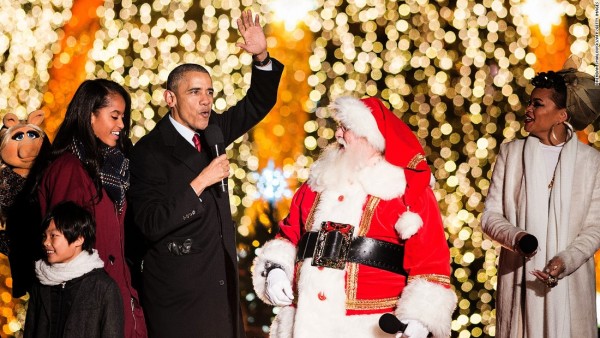 It’s always interesting to see what’s on people playlists, especially during traditional sentimental times of the year like the holidays, so imagine what the leader of the free world, President Barack Obama listens to in hopes of keeping his spirits up. You can actually see for yourself what both he and Vice President Joe Biden and their wives are streaming to also.

Just sign in to Spotify to find out. Obama, Vice President Joe Biden and their wives on Wednesday released matching lists of their favorite holiday songs on the popular music streaming service, just in time for Christmas.

Topping the list for Obama and his wife, Michelle, is “O Tannenbaum,” the instrumental version by the Vince Guaraldi Trio featured in “A Charlie Brown Christmas.”

“Let it Snow” by Boys II Men was next for the Obamas, followed by Mariah Carey‘s “All I Want for Christmas is You.” Their list of 14 songs also features The Jackson 5, Stevie Wonder, Nat King Cole, Ledisi, Luther Vandross, Frank Sinatra and Whitney Houston, among others.

Biden and his wife, Jill, went with a slightly edgier No. 1: Bruce Springsteen’s “Santa Claus is Comin’ to Town.” Second for the Bidens is Neil Diamond’s “You Make it Feel Like Christmas,” followed by “Let it Snow! Let it Snow! Let it Snow!” by Ella Fitzgerald. Andrea Bocelli, Mary J. Blige, Tony Bennett, U2 and Coldplay are among the other musicians on the Bidens’ list of 17 songs.

This past summer, the White House boosted its already active online presence by launching an official channel on Spotify in August. Obama shared his summer daytime and evening playlists, and Mrs. Obama followed with a music list for the International Day of the Girl.

Obama recently taped an appearance on comedian Jerry Seinfeld‘s online talk show, “Comedians in Cars Getting Coffee,” that’s scheduled for release Dec. 30. He is the first elected official to appear on the show, the White House said, continuing a strategy designed to put him in front of new and non-traditional audiences.

Obama’s holiday music playlist was released during his Christmas vacation in Hawaii. The Bidens are spending the run-up to Christmas at their home in Wilmington, Delaware.

“All I Want for Christmas is You,” Mariah Carey

“Santa Claus is Coming To Town,” The Jackson 5

“Do You Hear What I Hear,” Yolanda Adams

“Away in a Manger,” Kenny Burrell

“Have Yourself a Merry Little Christmas,” Luther Vandross

“A Sky Full of Stars,” Coldplay

“Christmas All Over Again,” Tom Petty