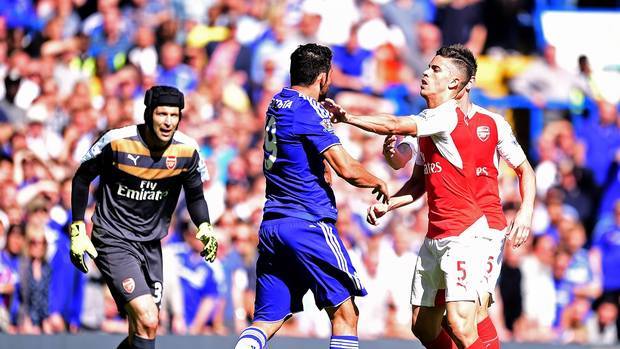 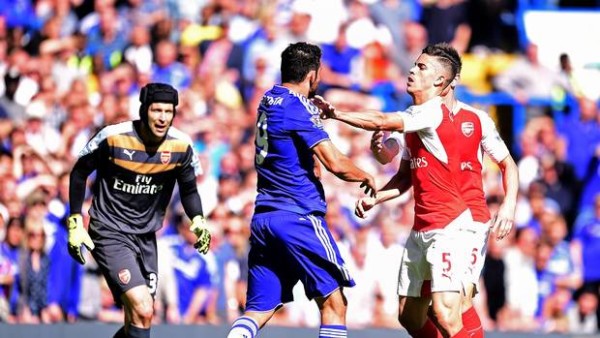 The sixth week of the 2015/16 Premier League campaign began with Arsenal’s visit to Stamford Bridge. The Gunners had defeated Chelsea the first time they met this season – in the Community Shield clash that was decided by a solitary strike from Alex Oxlade-Chamberlain – and the difficult start that the Blues have endured this season made the Arsenal faithful hopeful of all three points from the difficult away trip.

But in a factious affair in which defender Gabriel and midfielder Santi Cazorla were both sent off for the Gunners, Jose Mourinho’s side proved too difficult to handle for the north Londoners and they succumbed to a 2-0 loss courtesy of a goal each from Kurt Zouma and Eden Hazard.

Bournemouth registered their second win of the season as they defeated Sunderland courtesy of a goal each from Callum Wilson and Matt Ritchie. The Black Cats are now bottom of the table, while the Cherries have climbed to 14th spot.

The Midlands derby was decided in favour of West Bromwich Albion when Saido Berahino – who was pining for a move away from the Hawthorns to White Hart Lane – struck the only goal of the game to down Aston Villa at Villa Park.

Newcastle United continued their wretched start to the season as they suffered fourth defeat of the season against Watford and are struck in 19th in the league standings.

Stoke City ran into a 2-0 lead at the Britannia Stadium against Leicester City, but ended up getting only a solitary point as the high-flying Foxes clawed back into the game and managed to eke out a 2-2 draw. The result sees Claudio Ranieri’s side occupy fourth spot in the league standings after the first six rounds of the league season.

Meanwhile, Everton and Garry Monk’s Swansea City played out a scoreless draw at the Liberty Stadium.

In the biggest upset of the weekend, West Ham United ran away 2-1 winners against Manchester City at the Etihad Stadium to add them to their list of high-profile scalps that already includes Arsenal and Liverpool. The Hammers have now risen to third spot in the table with four wins from their first six games, while the Citizens were handed their first defeat of the season. Kevin De Bruyne was a livewire on the field in the absence of David Silva and marked the occasion with his first goal for the Manchester giants.

Tottenham Hotspur secured a narrow 1-0 win against Crystal Palace and their goal from summer signing Heung-Min Son. Hugo Lloris was heroic in goal for the Lilywhites to ensure all three points for his side.

Manchester United registered a hard-fought 3-2 win over Southampton. Anthony Martial, who marked his debut for the Red Devils with a stupendous goal against Liverpool, continued his heroics and scored a brace against the Saints. Juan Mata scored the third for the visitors, while Graziano Pelle scored both of the Saints’ goals.

Liverpool went ahead against Norwich City courtesy of a goal from Danny Ings, but had to settle for a draw that keeps them 13th in the table.