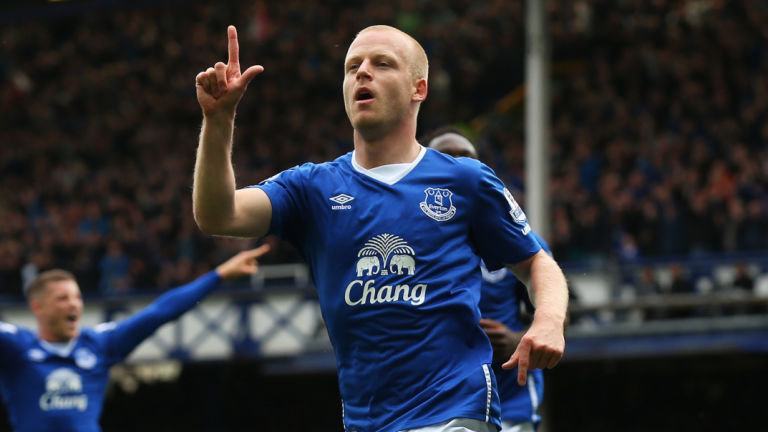 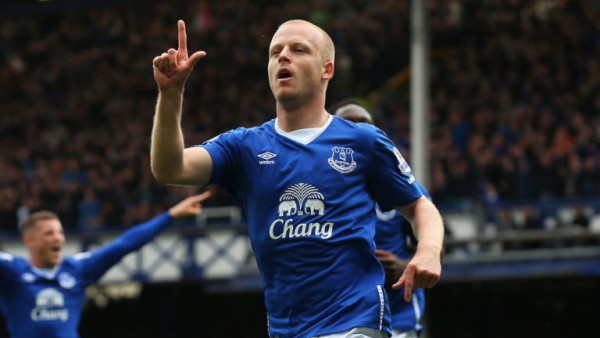 The fifth week of 2015/16 kicked off with a clash between reigning English champions Chelsea and Everton at Goodison Park. The Blues had dispatched the Toffees 6-3 in the corresponding fixture last term, but they went in to the match on the back of a 2-1 loss at Stamford Bridge at the hands of Crystal Palace.

The match started badly for the Toffees as they had to substitute Steven Naismith in for Mohamed Besic inside the first ten minutes due to an injury to the Bosnian, but Naismith’s introduction turned out to be a blessing in disguise for the home side as he grabbed a hat-trick to condemn the visitors to their third loss in their first five games of the season.

A goal each from Theo Walcott and Olivier Giroud handed Arsenal a 2-0 win over Mark Hughes’ Stoke City at the Emirates Stadium that moved the Gunners to fourth spot in the league standings.

Manchester City continued their marauding start to the season as they registered their fifth successive league win. They were frustrated by Alan Pardew’s Crystal Palace and needed an unlikely hero in Kelechi Iheanacho who grabbed a late winner to hand the Citizens all three points at Selhurst Park. On current form, it is hard to see past Manchester City as possible league winners come May.

Norwich City defeated fellow Premier League newbies Bournemouth 3-1 to move 9th in the table with two wins from their first five games, whereas the Cherries are lying 16th.

An Odion Ighalo strike was sufficient to give Watford all three points against Garry Monk’s Swansea City, who have enjoyed a stellar start to their campaign, having beaten Manchester United at the Liberty Stadium in their last game.

West Bromwich Albion and Southampton played out a scoreless stalemate at the Hawthorns.

In the biggest match of the weekend, Manchester United defeated fierce rivals Liverpool at Old Trafford 3-1 to move to third in the league standings behind Manchester City and Leicester City. Daley Blind put the hosts ahead with an expertly taken free-kick and an Ander Herrera penalty doubled their lead.

Christian Benteke scored a specatacular overhead kick towards the end to give the Reds some hope of a comeback, but the visitors were dealt a crushing blow when Manchester United debutante Anthony Martial introduced himself to the Old Trafford faithful with a brilliant goal that ensured all three points for the hosts.

Tottenham Hotspur registered their first win of the 2015/16 league season when a strike from Ryan Mason ensured all three points for the Lilywhites against Dick Advocaat’s Sunderland. The win moved Spurs to 12th in the table, while the Black Cats were left 19th.

West Ham United registered their first home win of the season to add to their away wins over Arsenal and Liverpool courtesy of twin strikes from Dimitri Payet that moved Slaven Bilic’s side to fifth. On the other hand, Steve McClaren’s men are dwelling at the bottom with no wins from their first five games.