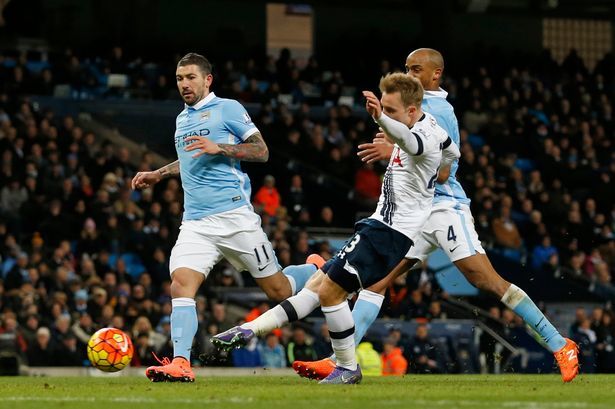 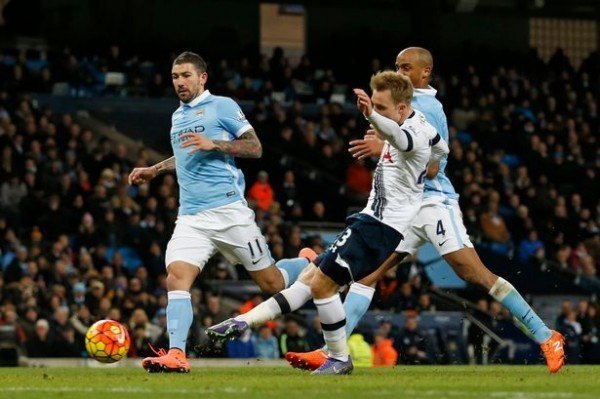 Manchester giants lost while the Londoners closed down the gap at the top of the table. Arsenal stopped Leicester City at the weekend thereby breaking their seven-match unbeaten record in the Premier League.

Leicester drew first blood at the Emirates on Sunday as Jamie Vardy scored from the penalty spot just before the half-time break. Theo Walcott equalized for the Gunners while Danny Welbeck, who returned to the first team after a long injury, scored in the dying minutes of the match. Despite earning three points and closing the gap to two points, Arsene Wenger’s men stay third in the league table.

Mauricio Pochettino’s Tottenham clinched a 2 – 1 away victory at the Etihad at the weekend. Harry Kane and Christian Eriksen netted one each for the Spurs as they carry on their magnificent run this season. They certainly should be taken seriously as they have proved that they are genuine title contenders alongside Claudio Ranieri’s Leicester City.

The fifth-placed Manchester United suffered yet another loss on Saturday. The Red Devils lost 2 – 1 to Sunderland at the Stadium of Light. United’s under-fire boss Louis van Gaal was again grilled by the Old Trafford faithful on the social media.

When asked about his side’s chances of finishing top four, the Dutch manager said, “It shall be very difficult now [to finish in the top four] because we give five points away, against Chelsea and here now, so it’s too much at this time. I think after this match it [the Europa League] is the best route [into the Champions League] but also, there are some very good teams in the competition.”

Van Gaal claimed that he was frustrated with the loss as it put a break to his team’s recent run of positive results.

He said: “It is a big disappointment. I cannot say it in another way. You prepare this game the whole week. It’s always the big question that if you can cope with the tactics or aggression or some quality of the opposition, then you have to show your own ability against that. It is always a question for everyone but today it was very disappointing. We need to win this game because of the big gap between the top four. We want to be there, but it shall now be very difficult.”

Liverpool were the biggest winners of the weekend as they thrashed Aston Villa 6 – 0 at Villa Park. Daniel Sturridge, who made his comeback, scored the opening goal for the visitors. Milner, Clyne, Can, Origi and Kolo Toure contributed one each in the impressive victory for the Reds. After this win, the Merseyside giants have now acquired a positive goal difference. Now, Stoke City is the only team in the top half of the table with a negative goal difference.

Chelsea won 5 – 1 against Newcastle at home in the late kick-off on Saturday. Pedro scored twice for the Blues while Andros Townsend netted the solitary goal for the Toons.

Newcastle are back in the relegation zone as Norwich take on the 17th spot after playing a 2 – 2 draw against West Ham. With a win over United, Sunderland are nearing the safety line, but Aston Villa are still rock bottom with time running out of their hands.