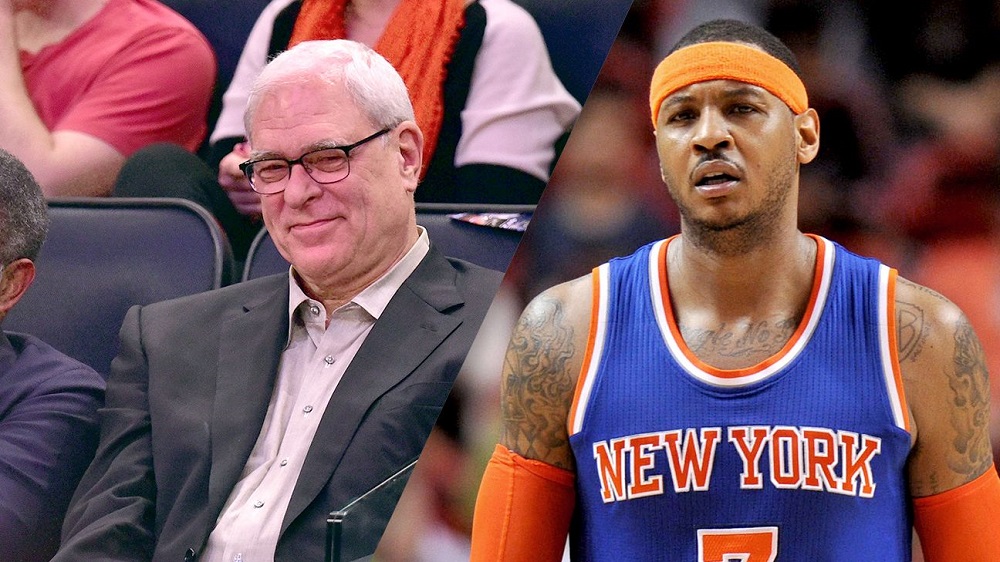 It would take a miracle and a handful of apologies for Carmelo Anthony to suit up for the New York Knicks ever again after team president Phil Jackson confirmed Friday that the All-Star forward would be “better off somewhere else.”

The Knicks, who finished 31-51, have had nothing but issues with the 10-time All-Star, and he and Jackson haven’t exactly had the best relationship over the past year. While Melo said earlier this week that he would “love” to play in New York next season, Jackson doesn’t seem so ready to accept him back.

“We’ve not been able to win with him on the court at this time,” said Jackson. “I think the direction with our team is that he’s a player that would be better off somewhere else and using his talent somewhere where he can win or chase that championship. Right now, we need players that are really active, can play defensively and offensively. I told him this is not a situation where we’re going to dump you or anything like that. But we’re looking to improve ourselves however we can.”

Jackson blames poor defense and Anthony’s reluctance towards to triangle offense as part of the reason the Knicks struggled greatly this season despite additions such as Joakim Noah and Derrick Rose.

Just like that, the Carmelo Era in New York seems to have ended after six-and-a-half seasons. Now, Phil Jackson has to deal with trying to trade away Melo who still has two years and some $54 million left on his contract along with a no-trade clause.

Thanks to one hell of a player friendly contract, Carmelo now gets to choose where he goes next season (provided that team is willing to trade for him). And while the Knicks are initially looking for a “significant player” in exchange for Melo, their asking price may come down in an effort to get some contenders interested.

Unless the Knicks can make Anthony available to a team like the Boston Celtics (who have more than enough draft picks from the Brooklyn Nets for sale) or the Los Angeles Clippers, they may be stuck with him come the start of the 2017-2018 season—and Phil Jackson has made it pretty clear he isn’t letting that happen.