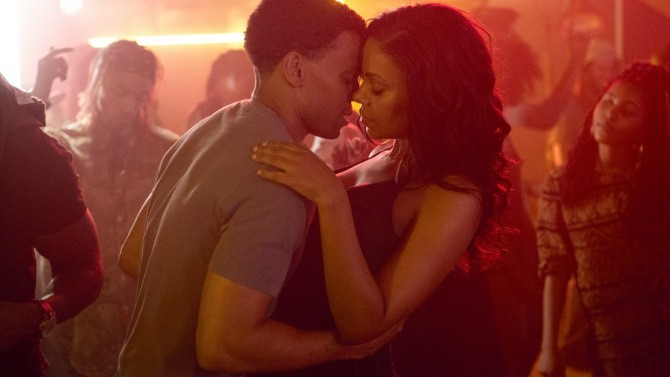 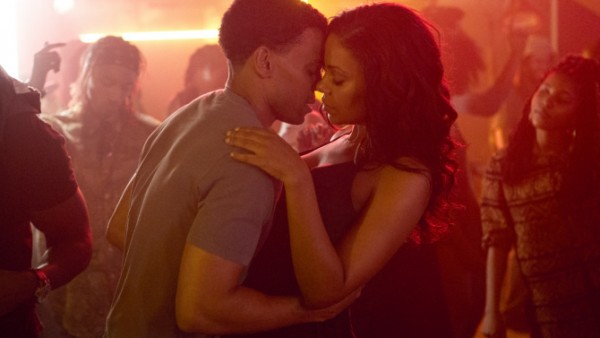 In a world where women want that high-powered career and a family life too, what is a girl to do when she feels that she has found the perfect guy? Run, run like hell! We all know things are what they seem.

The Perfect Guy, staring Sanaa Lathan, Michael Ealy and Morris Chestnut has done very well in theatres since its release and there is no doubt that it is thanks to a juicy plotline, good looking stars and a crowd (mostly women) who like to live vicariously through the characters they see on screen. But seriously, I don’t know one woman who wants to go through what Leah Vaughn (Lathan) went through.

While the characters are definitely strong and the movie is entertaining, the mix of “are you serious” along with “come the hell on” makes The Perfect Guy less than remarkable. Don’t get me wrong, it’s not bad per se, it’s just a little over the top, which takes away from what it could have been… for me.

One of the problems, once again for me, lies in Lathan’s character Leah. She is a strong, high power lobbyist that gets the job done for her firm but doesn’t take charge in her personal life when it really counts. She is in a relationship with Dave (Chestnut) and they have a good thing going but Leah wants more. When her chocolate drop doesn’t tell her what she wants to hear, she ends things. Two months later, she meets Carter Duncan (Ealy) a charming IT professional that sweeps her off her feet. I mean, he lays it on super thick even winning over her hard to please daddy by Charles S. Dutton (Roc). Then, as it always goes, he starts to show his true colors, which is too much for her to deal with. That’s when the craziness starts.

Without giving too much away, Leah goes through a lot with this man. He is controlling, he is overly aggressive, a stalker and just an all-around scary dude. The whole time I am watching the movie, and this is the writer in me, seeing all the shit he is doing to her, all I can think it “Fight back girl, fight back.”

There is a stark contrast in Leah’s character that some people may call the character arch of the movie but to me, it is just a plot hole if I can call it that. She is this take-charge woman at her work place but a sappy, helpless victim outside the office. She does start to finally clap back at Carter, but it is during the last, what, 20 minutes or so of the movie. That to me is not a character arch because I feel that a woman who is as bold, professional and badass at work as she is in the movie is the same way, to an extent, in her personal life.

I also feel like Ealy’s character is too much. I mean this guy is beyond psycho. Hiding under the bed while Leah and Dave have sex and later standing over them while they sleep. I feel that his character is extreme with the levels to which he goes. Case in point, in one scene, he sets up surveillance in her house, hacks her computer and sends a video of her and Dave having sex (from her work email) to every one of her professional contacts? That’s some unbelievable shit. Chestnut does very well in his part and he is actually very believable and relatable. He is the strong man, he is the lover, he is the protector.

With all of this nonetheless, the movie is satisfying if you are looking at for what it is on the surface. There is hot sex, there are oily chests, there are make-up moments and moments that make you smile. Michael Ealy is a good bad guy and Morris Chestnut is a good hero.

The great thing about black movies as I call them (movies that predominately star black folks if you didn’t know) they’re crossover appeal continues to grow which is seen in its initial box office numbers.

The Perfect Guy is not the perfect movie but it is worth watching. I give it a solid B.