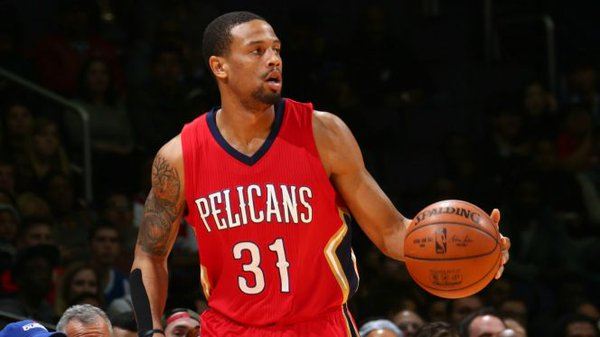 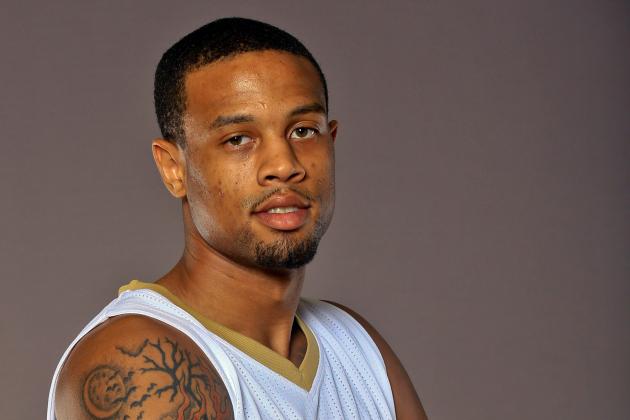 New Orleans Pelicans guard Bryce Dejean-Jones died early Saturday morning in Dallas after sustaining a gunshot wound to the abdomen. He was 23.

According to the Dallas Police Department, Dejean-Jones was fatally shot after breaking into the apartment a floor below that of his “estranged acquaintance.”

“An individual who believed to be breaking into the apartment of an estranged acquaintance inadvertently broke into the wrong apartment,” said Joshua Pool, a manager at the Camden Belmont apartment complex. “After breaking in, the intruder was shot and later taken via ambulance to a local hospital. Fortunately, no residents were injured.”

Dejean-Jones, reportedly, kicked open the apartment’s front door at around 3:20 a.m. The resident of said apartment woke up to the noise of the break-in, retrieved a handgun, and called out to Dejean-Jones as he attempted to break down the bedroom door. With no answer, he fired, hitting Bryce in the chest. Bryce then stumbled out to the breezeway, collapsed, and bleed out from his injuries. At first glance, the apartment resident seems to have acted within Texas law, and no charges will be pressed for the shooting.

The “estranged acquaintance” is, according to ESPN, believed to be his girlfriend and his child’s mother. Dejean-Jones was visiting her in Dallas for the first time at the new apartment complex, and when he attempted to return early that morning, he went to the unit directly below hers. As his agent put it, “wrong place at the wrong time.”

“It is with deep sadness that the Pelicans organization acknowledges the sudden passing of Bryce Dejean-Jones,” said the Pelicans in an official statement. “We are devastated at the loss of this young man’s life who had such a promising future ahead of him.”

Bryce signed a three-year, $2 million deal with the Pels in February after going undrafted out of Iowa State.

“Bryce inspired countless people with his hard work and perseverance on his journey to the NBA, and he had a bright future in our league,” said NBA commissioner Adam Silver.

Athlete or not, it’s never good to see someone pass away so young. RIP Bryce.

Some things you may not have known about the player:

1. He was a college basketball standout

Before joining the pros, Dejean-Jones, who was born and raised in Los Angeles, played for Iowa State University‘s men’s basketball team during the 2014-15 season.

He was one of the highest scorers on the team, playing in 33 games for the Cyclones and averaging 10.5 points per game. He helped lead Iowa State to win the Big 12 Tournament in 2015.

His college career began at the University of Southern California as a freshman.

He then transferred to the University of Las Vegas, appearing in all 35 games and starting 29 of them. He was third in scoring for the Runnin’ Rebels with 10.3 points per game, third in steals and assists with 0.9 and 2.3 per game respectively, and fourth in rebounds with 4.4 rebounds a game.

2. His professional career got off to a rocky start

Dejean-Jones signed a contract with the Pelicans back on August 20, 2015, but he was waived by the team two months later.

He was snapped up by the Idaho Stampede – an NBA Development League – late last year, and played his first game with the team on Dec. 19, 2015, recording 15 points, three rebounds, four assists and one steal during the team’s 117–107 route of the Santa Cruz Warriors.

3. He became a starter for the Pelicans after another player got injured

On Jan. 21, 2016, Dejean-Jones inked a 10-day contract with the Pelicans. A week later, during his fourth game with the team, he assumed the shooting guard position in place of the injured Tyreke Evans.

In just over 30 minutes of play, Dejean-Jones scored 14 points, grabbed 2 rebounds, recorded 2 assists, had 2 steals and blocked one shot, leading the Pelicans to a 114-105 victory over the Sacramento Kings.

With Evans on the inactive list, Dejean-Jones kept starting for the Pelicans, and enjoyed a career-best game against the Los Angeles Lakers on Feb. 4, scoring 17 points and 9 rebounds in what was a 99–96 loss.

He signed a three-year deal with the Pelicans two weeks later and played his last game on Feb. 24 – right before undergoing successful surgery to repair a right wrist fracture.

4. He was best friends with Minnesota Timberwolves player Shabazz Muhammad

In a Tweet posted over the weekend, the Minnesota Timberwolves shooting guard revealed he was good friends with Dejean-Jones.

“I just lost my best friend/cousin last night,” Muhammad tweeted. “Enjoy life because you never know if tomorrow is guaranteed. Love you soldier.”

When Dejean-Jones died on Saturday, he became the first active NBA player to die in nearly 10 years.

In 2007, at the age of 25, Eddie Jamaal Griffin was killed in a car crash in Houston, Texas. Police records indicate Griffin ignored a railroad warning and struck a moving train.

Griffin played his last season with the Minnesota Timberwolves, who waived him five months before his death.