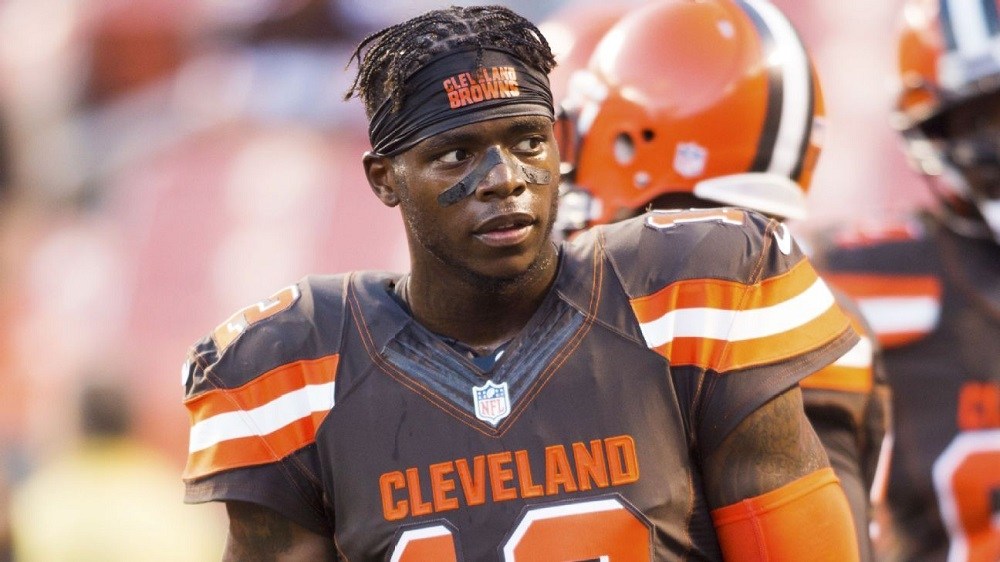 The good news is, Gordon made headlines, and it didn’t involve him getting drunk on a plane or failing another drug test.

The bad news is, there was a warrant issued for his arrest on August 31, and now the whole world knows about it.

Apparently, Gordon failed multiple times to submit to a paternity test for a one-year-old girl whose mother claims he is the father. Cuyahoga County Juvenile Court Judge Alison Floyd approved the warrant after getting tired of the star wide receiver’s date-dodging.

Gordon, reportedly, was not aware of the situation or the requirement to appear in court until Wednesday. Gordon and his legal team are working it out.

Fortunately, the NFL and Cleveland Browns don’t seem overly concerned with the situation, and the legal issue shouldn’t impact Gordon’s four-game suspension which he is currently serving.

“This will not affect his status,” NFL spokesman Brian McCarthy assured fans who are eagerly awaiting the superstar receiver’s return Week Five against the New England Patriots.

“We are aware of the situation,” said the Browns in a team statement. “Josh and his attorney are working with the Cuyahoga County Courts to resolve this matter. We have no further comment at this time.”

Though the news isn’t good, it’s somewhat of a false alarm for a player who we are used to seeing in trouble for various drug offenses. Gordon needs to take care of his daughter, should the DNA test come back positive, but the Browns must be relieved to have a headline come out about something other than failed drug tests.

“He still is doing well, in my opinion,” said Browns head coach Hue Jackson. “I can’t tell you about everything that goes on outside of this building—but I know in this building, in our meetings with me, with our coaches, with the players, he has been outstanding. That’s what I have to judge on.”

And let’s hope he stays in the right mindset. Gordon is an incredible talent on his last chance to get his life together.