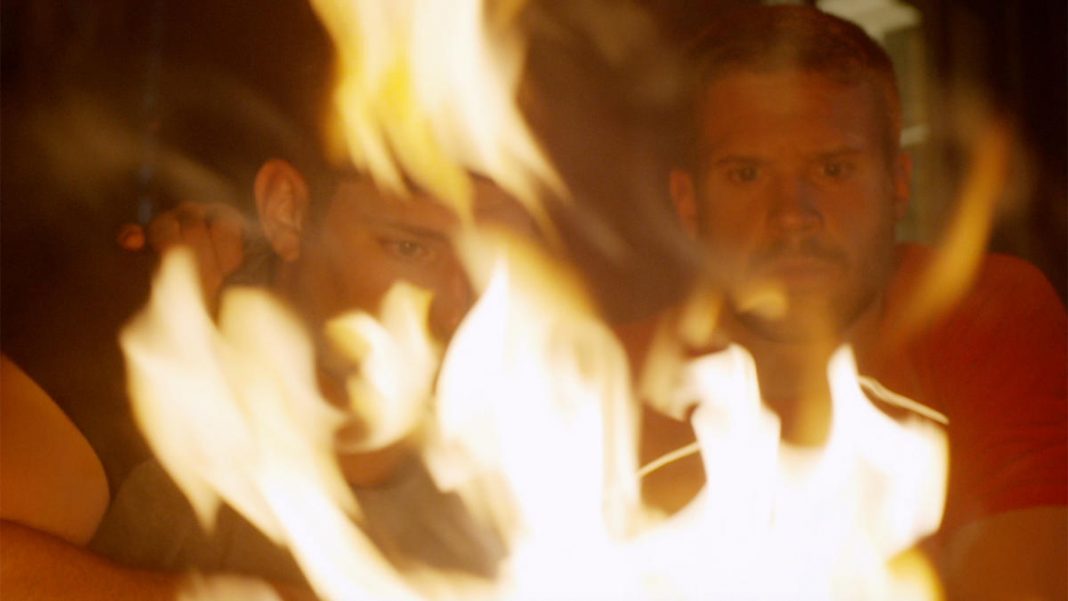 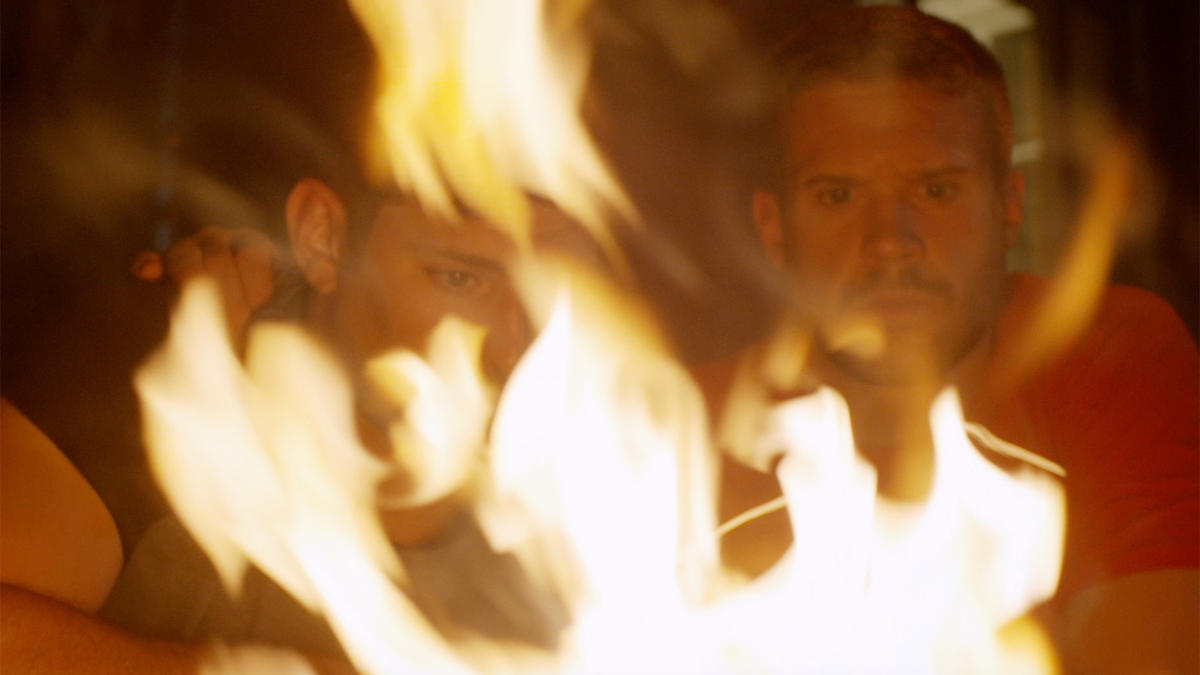 “Paranormal Witness” has another episode, The Zozo, where people feel the need to create a Ouija board and talk to things they shouldn’t be. This episode is about a very tight family who crack under the pressure of the Zozo.

Former military policeman Garry Hodges received a job offer that required him to move to Lawton, Oklahoma, which ended up being a fresh start for not only him but for his two brothers, Kevin and Westly, as well. Garry found a house big enough for himself, his girlfriend Heather and her young daughter Caitlin, Kevin, Westly and Westly’s girlfriend Sabrina.

From the very start, something was odd about the house. The previous tenant wouldn’t reveal why he was suddenly breaking his lease, and when first walking through the house, Garry found that all of the lights in the house were on in the middle of the afternoon — even in the closets.

Things get even stranger after the extended family moves in. There is the pervasive sound of heavy footsteps coming from upstairs. The closet light in Garry and Heather’s bedroom turns on by itself. A water glass falls off the table of its own accord and shatters. One evening, all of the cabinets and drawers, as well as the refrigerator and oven, are found wide open.

At first, Garry accused his brothers of pulling pranks, but after a glass flew off the table during a heated family argument in the kitchen, it became apparent that something was in the house with them. 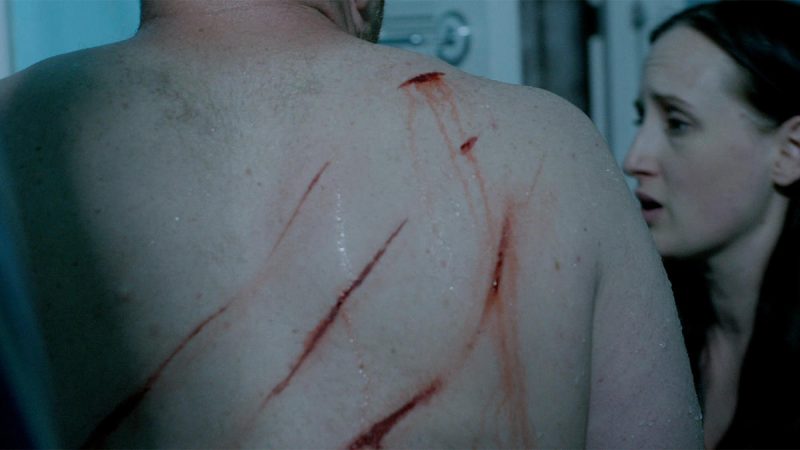 The events take a dangerous turn one night when Garry’s shower is interrupted by the deafening sound of heavy footsteps directly above him. When Heather came into the bathroom, Garry was suddenly attacked by an unseen presence, resulting in deep claw scratches on his back. 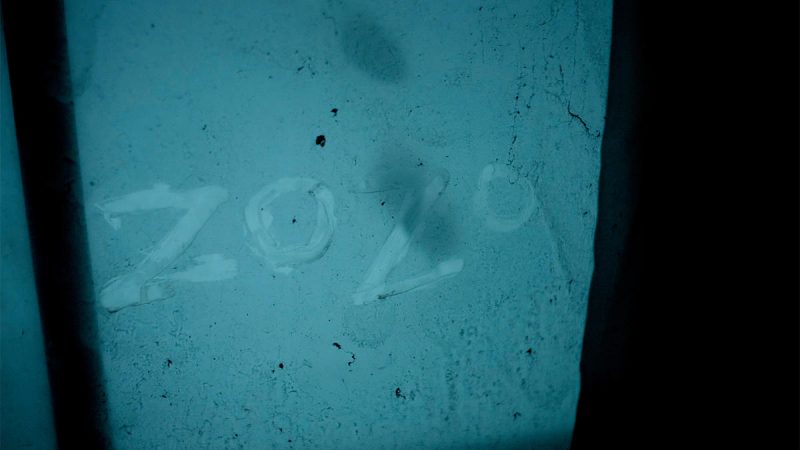 One night soon thereafter, the presence started targeting Kevin, revealing itself in his bedroom as a large dark figure with hair and horns. When Garry and Westly went into Kevin’s room to investigate, they found nothing, though Garry was soon drawn to Caitlin’s room, where he found the word ‘ZOZO’ written on the dirty window. 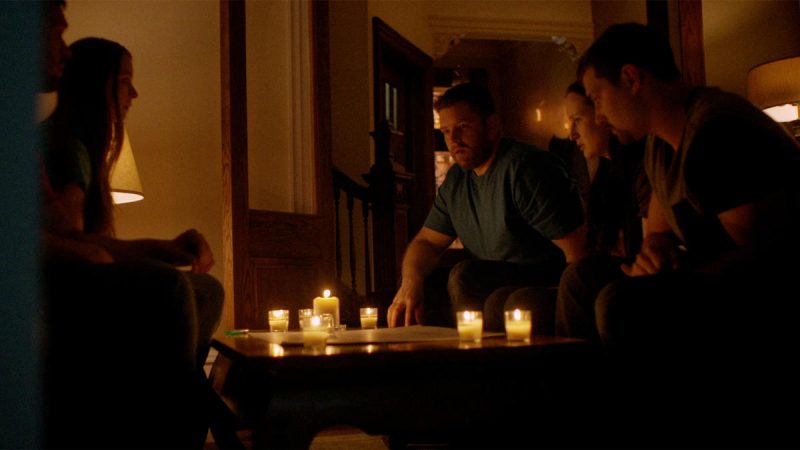 Some Internet research revealed that Zozo is a demon that brings ill will, bad luck, death, suicide … all sorts of fun stuff. Zozo is also affiliated with Ouija boards, which prompts the brothers to make their own in an attempt to communicate with the creature. The family seemingly succeeds in contacting it when the shot glass planchette spells out Z-O-Z-O after Sabrina asks “What is your name?”; things take a much darker turn when Garry asks “What do you want?” and it spells out K-I-L-L G-A-R-R-Y. The brothers immediately burn the makeshift Ouija board.

The final confrontation came a week later with the sound of deafening footsteps coming from Garry and Heather’s room. The brothers went upstairs to investigate and were terrified to find a large bull-like creature pacing around the bedroom. The creature soon became aware of their presence and charged them, forcing the brothers to flee downstairs. Garry’s fear soon turned to anger and he called out the beast, which prompted it to descend the staircase and face Garry in the living room. 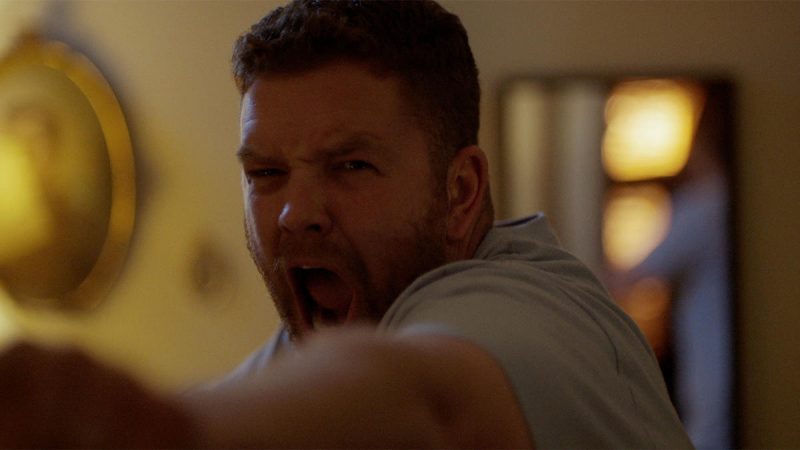 “Get outta here!” Garry screamed at the demon as his family looked on in terror. The beast let out a horrific roar, which caused all of the glass in the room to shatter. Afterwards, the beast disappeared, though what looked like a cloud of shattered glass hovered in the air for a moment before the shards suddenly flew toward Garry, who ducked just in time. 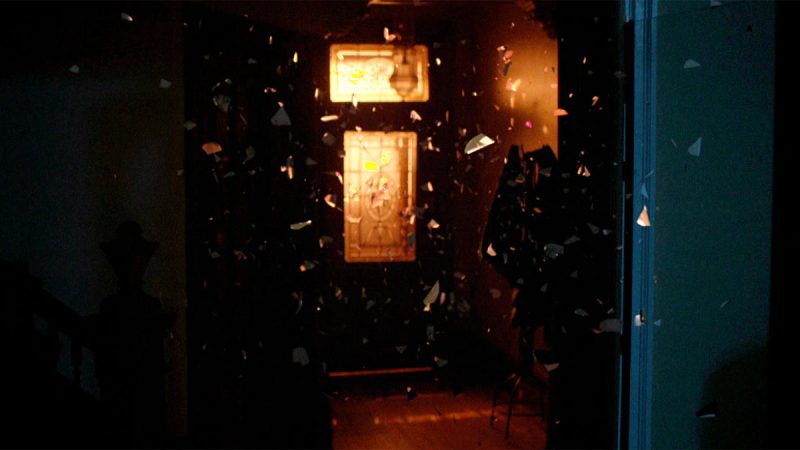 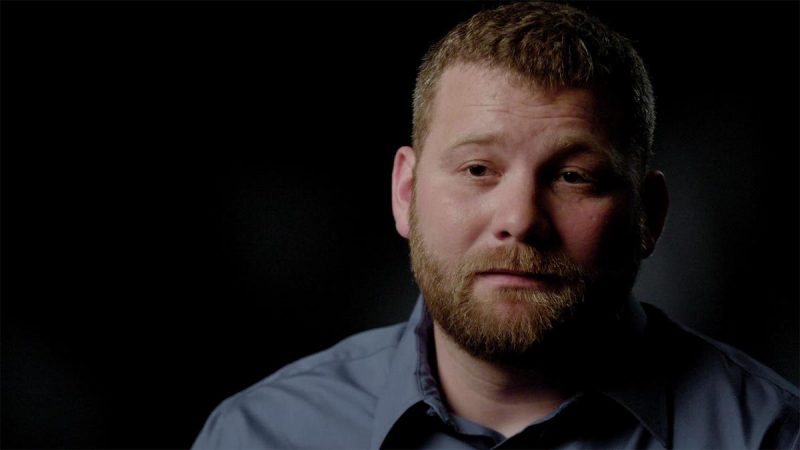 Demons are bad enough. But demons associated with Ouija boards? That’s double the evil … and double the haunting!

We spoke with Garry Hodges about the terrifying events depicted in Paranomal Witness Season 5, Episode 5: “Zozo.”

First of all, thank you for your service! Do you feel like any of the skills acquired in military service helped you here?
I’m not sure if my military training was helpful, considering this was paranormal. If anything, situational awareness and investigating situations further helped clarify what we were dealing with.

Before all this started happening, had you ever had a supernatural or paranormal experience?
I did. When I was a bit younger and we lived in Missouri (grade school through middle school), we dealt with a few paranormal issues. Nothing nearly as malevolent as what we dealt with on Edinburgh though.

When you first started seeing the lights come on and the doors open, what did you think was happening at first?
At first I wanted to investigate the situation, see if there was a light issue, power surge, maybe a bad bulb? When the door would open on its own, I would use force to close it, see if it was a draft, or even if it was the leveling of the door causing the opening/closing of the door. Unfortunately, after trying to debunk it being paranormal, we were left with nothing but paranormal.

The attack in the shower with the claw marks, can you give some detail on what happened? What was your first thought?
I went upstairs to take a shower as Heather, Westly, Kevin and Sabrina were all downstairs. Once I got into the shower I began to hear stomping coming from the attic. I was like, “What the hell is that?” Then the stomping began getting louder and started knocking drywall dust from the ceiling on the floor. Heather immediately came upstairs and asked, “Are you making that noise?” I responded with “No” and it began doing it again while she was in the bathroom with me. As I was getting ready to get out of the shower, I began feeling sharp pains and heat coming from my back. Heather asked me what was wrong, and I told her my back feels like it’s on fire. Heather saw that I had scratch marks from my shoulder all the way down to my lower back.

As for the banging, I want to clarify something. Living in Lawton, we have field artillery at Fort Sill. I asked one of the chiefs the following day to clarify, and he informed me there wasn’t any training taking place.

‘Zozo’ is the creepiest name I’ve heard in any of these episodes. What was the experience like with the Ouija board?
I want to make sure people understand these boards are not a joke. The only reason we decided to use the board was to figure out what was going on in the house, not to try to bring stuff in. You can feel the temperature change in the room when we started using the homemade board. We heard footsteps around us, creaks in the floor and growls coming from the dark corner of the garage. We had all the lights off and used a candle in the garage. I was freaked out by how quickly the planchette was moving on the board and how it kept trying to count down to zero.

The confrontation where you actually saw a demon – can you describe that experience?
Man, that was scary. As Westly, Kevin and I stood in the doorway, you could see this damn thing just moving around in my bathroom. All three of us were terrified once we made eye contact with it. Kevin freaked out first, thus getting its attention. That’s why it chased us down the stairs. That experience was scary as hell. I mean, this thing was unlike anything I’ve seen in movies.

Can you talk about how you felt when you left the property?
I felt relieved once we left the property. I felt like weight was lifted off my shoulders. We moved into a place with an inground pool, and we were excited to be buying a home.

Have you ever had a moment where you sought to look for non-paranormal explanations to what happened? What were they?
I tried to debunk these paranormal situations while living at the residence. We did research to see if there were any deaths on the property, if the property happened to be on burial ground, if the neighbors were experiencing anything similar, etc. I can tell you this, several couples — nine, I believe — have lived at that address. Out of the nine, Heather and I are the only couple that did not separate/get a divorce. All nine broke their leases early.

Has anyone ever expressed skepticism in the story? What do you tell them?
Of course. You will always come across people who will fear the unknown. My close friends and family members know me as a guy who lacks fear. The only things I could tell the skeptics is “Move into that house for a month or two. Once you start to lose your mind from sleep deprivation, stay another month. Then call me!”

What do you and your brothers say when you talk about the incident now?
We don’t really talk about that place. Westly and I talk a bit, and this isn’t a hot topic of discussion for us. It’s like a really traumatic experience. We’ve only been talking about it lately due to Paranormal Witness, to be honest. Too many bad memories.

What kind of advice would you give someone in a similar situation?
This is a tough question to answer. There are too many directions one can go when potentially dealing with a spirit, poltergeist, demonic entity, shadow figure, etc. I would research the signs you are getting. Not always, but sometimes you can tell if the spirit/entity is malevolent or nice. I would ask for help from a church, seal your home, bless your home or sage your home often. Please, don’t wait until it destroys your life before you try to get help.

How is everything now?
We have moved back to our home roots in Missouri. We are soaking in the new job, kids starting school, and trying to make sure we didn’t bring anything out this way with us!