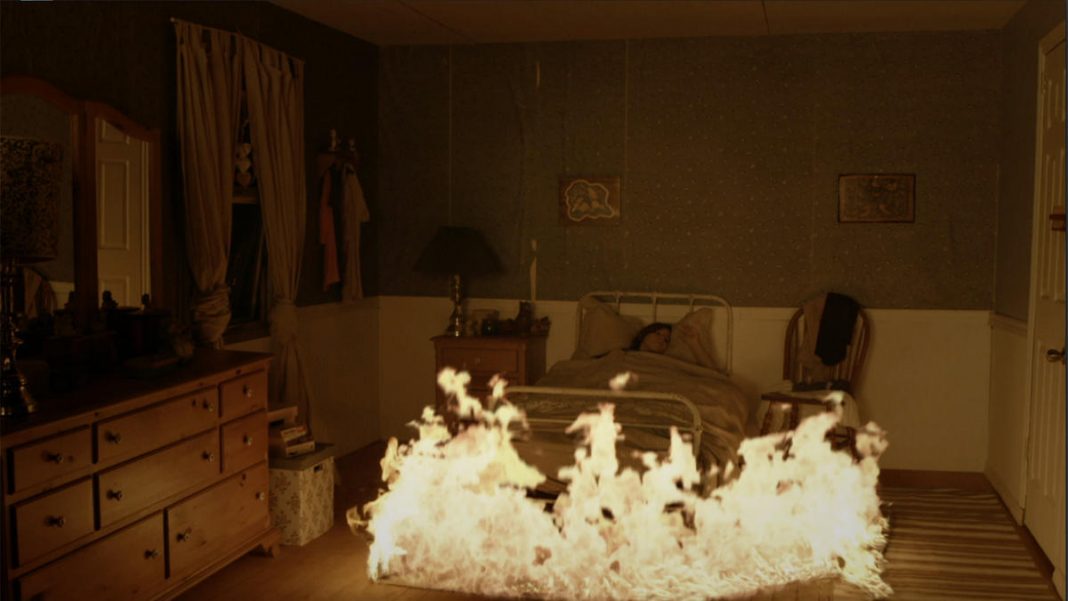 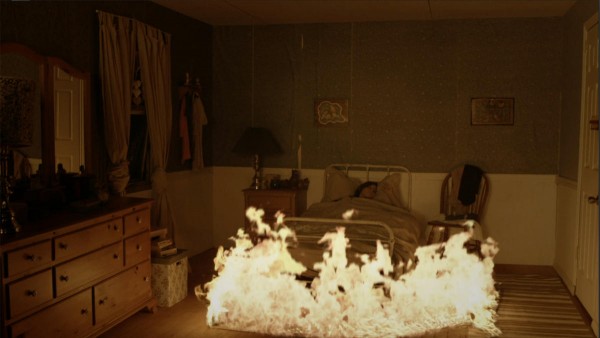 At the age of 18, Debbie graduated from high school and got a job on radio. Since the radio station was so far from where she lived with her grandfather, Debbie wanted to move. He tried to tell her she couldn’t move out, but she insisted. Her grandfather didn’t talk to her for two months after she moved out.

When Leora called her to tell her their grandfather was being taken to the hospital Debbie made the drive there. Her grandfather told her she never came home and those were his last words to her.

After their grandfather passed away Debbie moved back into his house.  As she was cleaning the house she turned pictures of her grandfather around so they were facing away from her. One night she heard the back door of the house opening and thought it was Leora coming home. She went into the kitchen and found the door open but no on there, so she left the porch light on overnight.

The next morning she was out in the yard and went to go back in the house. An older man was standing inside out it and he ran out of the house and chased her. While Debbie was being chased she fell and the man grabbed her. Then she woke up and realized she had a nightmare.

Leora came over the house one morning for breakfast. She turned on the radio in the living room and then they went into the kitchen to eat. Suddenly the radio station they had on was playing nothing but static. Then the static went away and their grandfather’s favorite radio station came on. The pictures of their grandfather were now turned back around so they could be seen.

Leora introduced Debbie to a find of hers named Dave, hoping it would help Debbie cope. A week later Davie and Debbie were at home in her grandfather’s house, sitting on the couch watching TV. The lights in the living room began to flicker, making Debbie uncomfortable. Then the phone rang and Debbie answered it. There was no one on the other hand and all she heard was static, so she hung up. Then the phone rang again and she answered to hear static again. Dave said he thought Debbie was getting calls from another guy. The third time she answered the phone she heard heavy breathing and whispering coming over the line. She was convinced her grandfather was haunting her because he didn’t want her bringing men in the house or dating anyone. Dave left and Debbie went to bed. She had the nightmare of being chased again and the man in her nightmare was wearing what was her grandfather’s work uniform. Debbie woke up and heard music playing. She went into the living room and approached the recliner that had been her grandfather’s. The radio was tuned to his favorite radio station. Debbie told Leora about the nightmare she had. Leora told Debbie she had the same one.

Debbie and Leora’s sister Penny came to the house to keep Debbie company for a few days. With Penny there, Debbie fell asleep on the couch, watching TV. When she woke up in the middle of the night she smelled smoke and saw a fire. The fire was coming from upstairs where Penny was sleeping. In her room there were flames surrounding her bed. Debbie shook Penny to wake her up but Penny wasn’t moving. She got Penny out of the room and took her downstairs. When they got downstairs the back door slammed shut. The door was locked even though Debbie didn’t lock it. Then she saw a man outside the door and a cool breeze went through Deborah. She heard a man’s whispers. The man had Penny and Debbie asked him to let her go. Then the door popped open and Debbie and Penny ran out of the house.

In the hospital Debbie got a visit from Penny and Dave. Debbie told Dave what had been going on in the house. After that Debbie said she and Dave were inseperable and they got married one year later. They went on to have a daughter together.

Dave and Debbie were living in a trailer with their daughter. One night the lights went out in the trailer for no reason. Dave went to check the breaker panel but felt like he wasn’t alone while doing it. He felt like Debbie’s grandfather was in the trailer waiting for them. Dave hit the switch and the lights came back on. Then Debbie got up and startled Dave. Their daughter ran to Debbie and Dave and told them there was a man in her closet. Dave ran in to investigate. Debbie called in a priest from her church to talk to him about what was happening in their trailer. He re-baptized Debbie and blessed a Crucifix which he gave her. He said she was the only one that could stop the madness in her trailer. Debbie splashed holy water around the trailer and said a prayer. She had to tell her grandfather he had to leave.