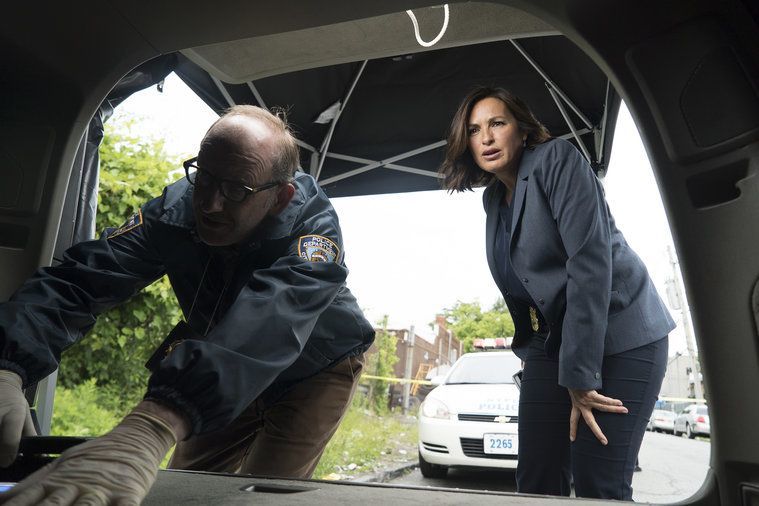 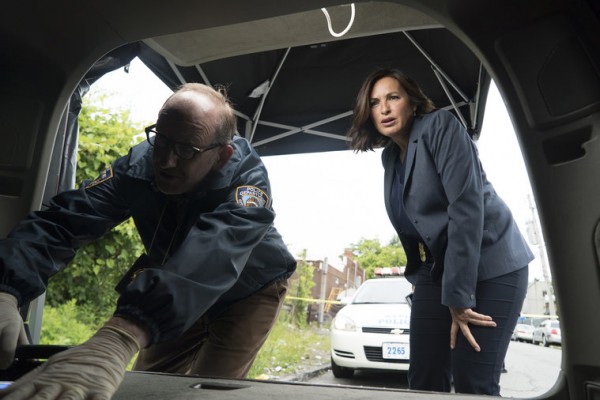 On this week’s season premiere of “Law & Order: SVU,” a body was pulled out of the water and the team discussed that it was the tenth person that could have been killed by one criminal. The autopsy determined the skull was fractured and the woman was cut into by someone with surgical training. Yates, the man they suspected of the murder, was brought in for questioning and told Rollins someone was framing him.

Benson and Sonny went to the home of the supposed murder victim and saw that she was alive and well. The woman then said that her twin sister Rachel must have been the murder victim they were thinking of. Her sister said she couldn’t talk to Rachael because the sister’s husband didn’t want her to. The sister went to the morgue and identified Rachel’s body for the medical examiner.

Finn and Sonny saw security tapes of the woman Rachel was last seen with. Rollins said Yates wanted to talk to her again. Benson sent Finn with Rollins to talk to him. Information that they got from Yates sent them to Harlem for further investigation. They determined Yates might be lying to Rollins. At a house in Harlem they found a picture of one of Yates’s suspected victims. They also found a suitcase in the home’s fireplace. Inside the suitcase was a mummy.

The medical examiner inspected the body they found in the suitcase and determined she was a white female in her mid-20s. He said she was probably mummified for more than a decade. The DA pointed out that since Yates knew where the body was he must have killed the woman. Benson, Sonny and Rollins went to talk to Yates’s fiancée after she left following a conjugal visit. She identified a girl named Lena that she and Yates were friends with. She accused a city deputy of committing the murder of the mummified body found.

Benson called Dr. Rudnik in for questioning. She showed him Lena’s autopsy pictures. Dr. Rudnik admitted he went to medical school with Yates. He said Yates killed Lena just to hurt him. Once Dr. Rudnik realized he was a suspect in her death he insisted on calling his lawyer. Dr. Rudnick’s lawyer told Benson he wouldn’t talk to the police or the DA anymore. Benson then arrested him for Rachel and Lena’s murders.