Home All News Movie News Oprah’s ‘Wrinkle In Time’ no match for $1 billion ‘Black Panther’ at... 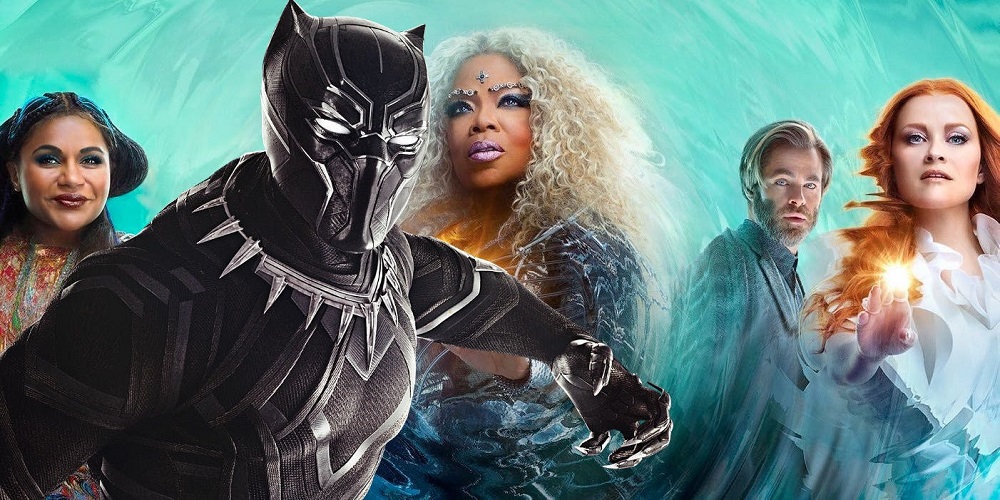 T’Challa still rules the box office four weeks in, even with the fresh rivalry of another Walt Disney Studios release in “A Wrinkle in Time.”

“Black Panther” took the No. 1 spot at the North American box office with $41.1 million according to studio estimates Sunday, leaving another newcomer in its wake. The Marvel and Disney phenomenon crossed the $1 billion mark worldwide this weekend and became the 7th highest grossing domestic release with $562 million. Not accounting for inflation, it’s now passed “The Dark Knight.”

With a marketplace still dominated by “Black Panther,” Disney faced some stiff competition from its own studio in launching Ava DuVernay’s adaption of “A Wrinkle in Time,” which opened in second place with $33.3 million from 3,980 locations. The PG-rated film, which cost around $103 million to produce and stars Oprah Winfrey and Reese Witherspoon, received mixed reviews from critics (it’s currently at a “rotten” 44 percent on RottenTomatoes) and audiences who gave it a B CinemaScore.

Even Oprah Winfrey pushing hard on the promotional circuit couldn’t save this film. Pent-up demand for a PG-rated Disney film. The first movie in four years from a filmmaker heralded as a visionary. A production and marketing budget of at least $150 million.

“A Wrinkle in Time” (Disney), directed by Ava DuVernay, the first African-American woman at the helm of a big-budget studio film, and starring a diverse ensemble cast led by Ms. Winfrey, Mindy Kaling, and Reese Witherspoon, had everything going for it. But, as often happens in Hollywood, the sum added up to less than its parts. “A Wrinkle in Time” arrived to a lackluster $33.3 million in ticket sales at 3,980 theaters in North America over the weekend.

That turnout placed it well behind Ryan Coogler’s “Black Panther” (Disney), which collected about $41.1 million in its fourth weekend, for a new domestic total of $562 million, according to comScore, which compiles box office data. After a sturdy debut in China over the weekend, “Black Panther” crossed the $1 billion mark worldwide, shattering a myth about the overseas viability of movies rooted in black culture.

To avoid going down as a misfire, “A Wrinkle in Time” — primarily aimed at children ages 8 to 14 — must attract large numbers of families in the coming weeks, when schools begin spring breaks. However, Ms. DuVernay’s movie, adapted from Madeleine L’Engle’s novel, received mostly weak reviews from critics and a B grade from ticket buyers in CinemaScore exit polls — results that typically do not translate to strong word of mouth.

“A Wrinkle in Time” collected an additional $6.3 million in limited release overseas (about 14 percent of the international marketplace), according to Disney. It will roll out later in March in important markets like Britain, Mexico, Australia, and Brazil.

In gauging “A Wrinkle in Time’s” long-term prospects, a somewhat similar comparison could be Disney’s “Tomorrowland,” a PG-rated sci-fi pic with middling reviews and a B CinemaScore which opened to $33 million in the early summer of 2015 and went on to gross $93 million domestically. “Tomorrowland,” however, notably cost nearly twice as much to make as “A Wrinkle in Time.”

But the “Black Panther” effect is the x-factor here. For Disney, it’s a “win all around.”

Hollis says he doesn’t think the studio would have done anything differently regarding “Wrinkle’s” release had they known the scope and longevity of “Black Panther’s” prospects.

“There’s always going to be competition in the marketplace,” he says. “With a tentpole strategy like ours, four weeks of separation is about what we can expect.”

Still, “Black Panther” has devoured the marketplace for a month straight now, leaving all other newcomers in the dust.

The new horror film “The Strangers: Prey At Night,” with Christina Hendricks, took third place with $10.5 million. The Jennifer Lawrence thriller “Red Sparrow” landed in fourth in its second weekend with $8.2 million and the comedy “Game Night” placed fifth with $7.9 million in weekend three.

Hardly any of the new releases, which also included the thriller “The Hurricane Heist” (8th place, $3.2 million) and the dark action comedy “Gringo,” (11th place, $2.6 million) were well-reviewed going into the weekend, save for the limited release independents like “Thoroughbreds,” which made $1.2 million from 549 locations, and Armando Iannucci’s “The Death of Stalin,” which opened in four theaters to $181,000.

It also left room for the Academy Award best picture winner “The Shape of Water,” which is also available on home video, to capitalize on its post-Oscars stature. The Fox Searchlight film added 720 theaters and took in in $2.4 million from 1,552 locations, bringing its domestic total to $61 million.

But even though “Black Panther” has helped boost the year to date box office significantly, it’s also proving to be a continued challenge for any other wide release hoping for a piece of the market.

“Every movie that has opened in the wake of ‘Black Panther’ has had its work cut out for it,” says comScore senior media analyst Paul Dergarabedian. “We keep underestimating this film, and it just shows no sign of slowing down.”

Guillermo del Toro’s “The Shape of Water” (Fox Searchlight), which was named best picture at the 90th Academy Awards last weekend, expanded into 1,552 locations and received a solid Oscar bump, collecting $2.4 million, for a new domestic total of about $61 million. “The Shape of Water,” which won four Academy Awards in total, including one for Mr. del Toro’s directing, has now taken in $134 million worldwide. 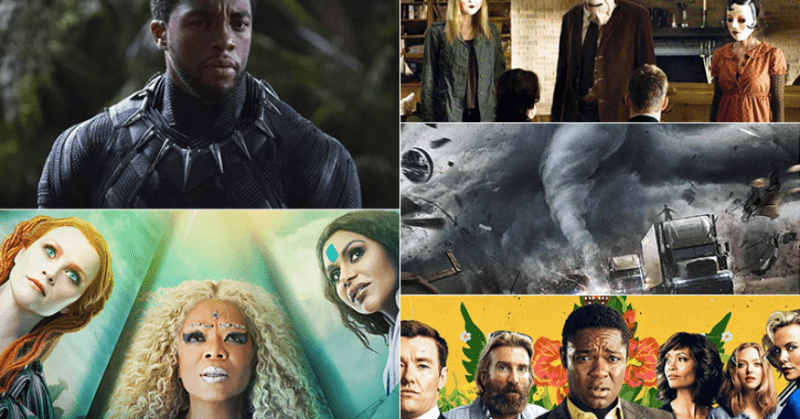