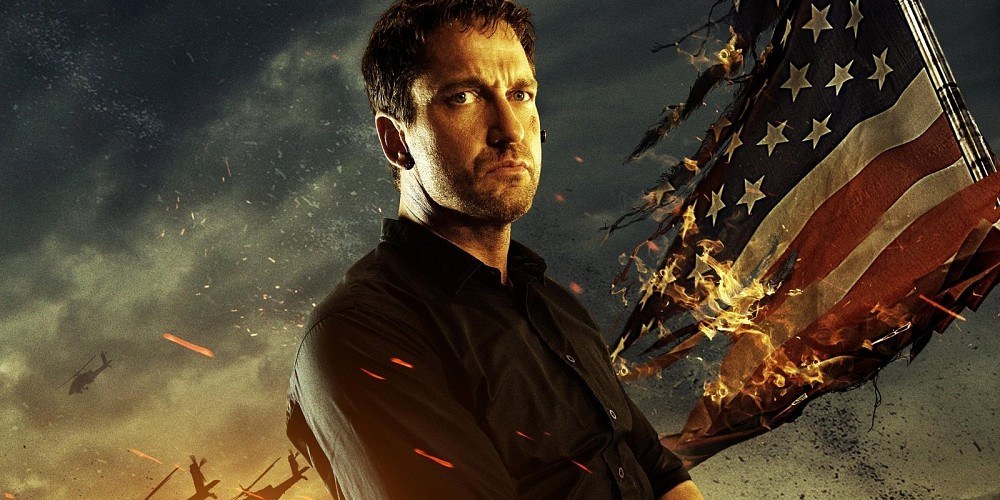 Gerard Butler‘s ‘Olympus Has Fallen 3’ Is A Go, Titled ‘Angel Has Fallen’

When you think about iconic action characters, the ones that usually come to find are guys like Tom Cruise’s Ethan Hunt, Bruce Willis’ John McClane, Sylvester Stallone’s Rambo, and so on. But one that seems to stay in the shadows when compared to the best and brightest of the bunch is Gerard Butler’s Mike Banning. He is the Secret Service member who saved the American president in 2013’s Olympus Has Fallen and England’s Prime Minster in 2016’s London Has Fallen. While the two films were generally poorly received, they went on to gross $161 million and $196 million worldwide, respectively.

However, those semi-decent box office figures make it seem like not many people really want — or need, for that matter — more of the Fallen series. Hollywood will probably never learn this, but sometimes moviegoers just want one of something. For example, this past summer that was filled with underperforming sequels like Teenage Mutant Ninja Turtles: Out of the Shadows, Alice Through the Looking Glass and Independence Day: Resurgence show how bad studios want to just continue the trend of continuously reviving once successful franchises and milking every ounce of money out before tossing them away for another one. And in looking at London Has Fallen’s brutally weak quality, that lazy strategy should be even more obvious to us.

There’s no denying that basically, everyone loves action disaster movies. Then, putting someone like Butler in the lead role only furthers peoples’ obsession with the sub-genre. But what’s sad about is that we are at the point where most people will take whatever is thrown at them, regardless of substance or quality. Just as long as it makes money, right? For those of you really like the two Fallen films, that’s fine. There’s definitely some fun to be had with them if you’re in the right mood for them. It’s just that we could be demanding so much better than what Hollywood is currently offering. Sadly, it doesn’t seem like things will change anytime soon because news from Deadline reports that Millennium Films has given the green light for the third installment in the Fallen series that will be titled Angel Has Fallen.

Considering that “Angel” is the code name for Air Force One, it’s fair to guess that the third film will have something to do with the U.S. president’s private plane. We also know that Olympus/London Has Fallen’s scribes Katrin Benedikt and Creighton Rothenberger are returning to write Angel Has Fallen, although no director is attached yet. If you are already a fan of the series, having the same hands on the script surely comes as good news. But for those who have nothing but contempt for Olympus and London, well, you’re out of luck if you were hoping for something different with Angel.

In Angel Has Fallen, again scripted by Creighton Rothenberger and Katrin Benedikt, Banning himself becomes the target of a terrorist attack. Production is expected to begin in the first half of 2017.

The Deadline report didn’t reveal if there were any Olympus and London stars — besides Butler, of course — that are going to reprise their roles for Angel. However, the Air Force One connection could lead to a reunion between Banning’s old comrade, former U.S. President Benjamin Asher (Aaron Eckhart). That would be great, wouldn’t it? Sure, why not.

Angel Has Fallen is currently without a theatrical release date.