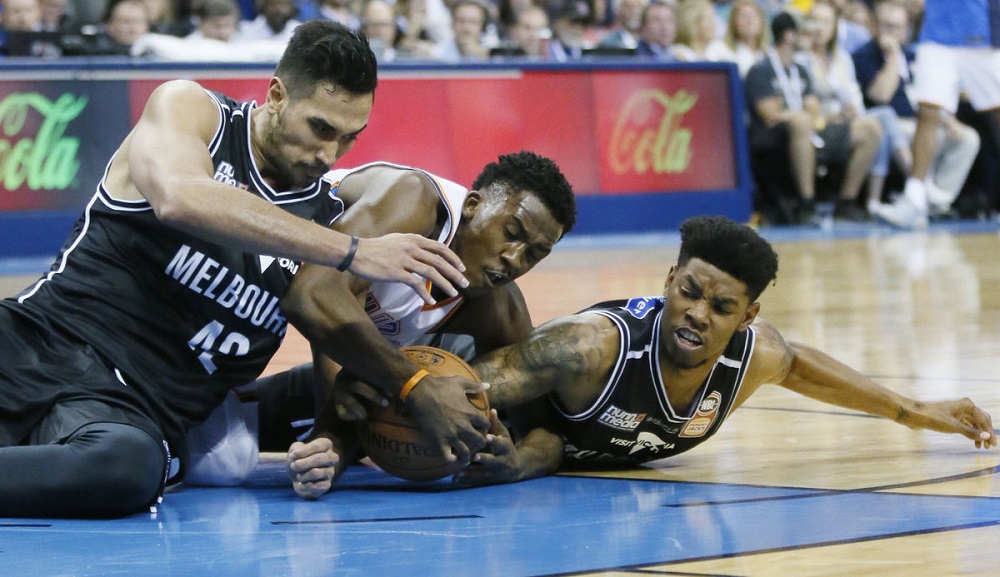 After Kevin Durant left the Oklahoma City Thunder, everyone assumed they would slip into irrelevance with only Russell Westbrook to carry the team. Well, Russ turned into a triple-double machine, but that didn’t make the Thunder any better. They still weren’t even remotely contenders.

Then, this offseason, they went out and scooped up Paul George from the Indiana Pacers and Carmelo Anthony from the New York Knicks. All of a sudden people were talking about the Thunder again. Could this team actually give the Golden State Warriors a run for their money? There would be no better Just Desserts in the world than to watch Durant have his second title hopes spoiled by his old team.

But, those dreams will need to be put on hold. The Thunder will need to focus on winning one game at a time for now as they almost dropped a preseason scrimmage in OKC to Melbourne United of Australia’s professional basketball league. The Thunder held on to win 86-85 thanks to two blocks by Josh Huestis in the final six seconds of the game.

As a whole, the Thunder vastly underestimated the Australian team. After all, if you’re one of the top players in the world, you’re playing in the NBA. Even the Thunder’s reserves should be better than Melbourne’s best players.

“Their aggressiveness probably at times took us out of some rhythm and flow, which was good,” said head coach Billy Donovan. “And us having to work through that was really important.”

Paul George, Melo, and Russ all played preseason-high minutes in this matchup, but clearly the chemistry isn’t completely set in yet. It’s clear. So stop asking Westbrook about it.

In other words, we may lose a few games, but when we start winning, you’ll know it has clicked.