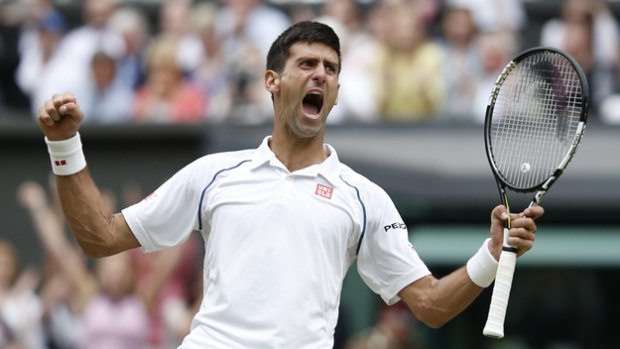 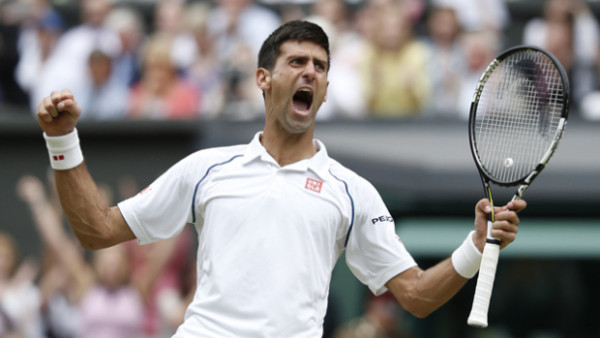 Novak Djokovic wasn’t exactly the crowd favorite in the final of Wimbledon 2015 however by the end of the fourth set on Sunday, the World No. 1 became a three-time champion. Djokovic, in a rain delayed match, defeated Roger Federer for the second straight year in the men’s final. While last year’s epic final went five sets, the 2015 final only went four with the Serb winning 7-6, 6-7, 6-4, 6-3.

Djokovic, with the win, now has nine Grand Slam singles titles to his credit. Accordingly, he moved ahead of several former great players on the all-time Grand Slam singles title list. Those players, comprehensively, are Fred Perry, Ken Rosewall, Jimmy Connors, Ivan Lendl, and Andre Agassi – players that all won eight Grand Slam titles over the courses of their careers. Furthermore, with the third Wimbledon title, Djokovic moved ahead of several players who won the title at the All England Club twice. A couple of those players include Rafael Nadal and Stefan Edberg.

Djokovic, who was stronger in the later sets than the earlier ones, had the following comments following the Wimbledon 2015 final:

“During the rain delay I got my thoughts together, went back to basics and played a really, really good match.”

For Federer, the loss represents a missed opportunity to add to his Grand Slam singles titles total. The Swiss Maestro has been stuck on seventeen, the most in history, since last winning Wimbledon back in 2012. With his 34th birthday less than a month away, perhaps there will be few chances in the future.

Federer had the following comments following the Wimbledon 2015 final:

“Novak played great today, also in the last two weeks, and also last year and the year before that. Today he was tough on the bigger points and at the end he was rock solid. I’m sure he still has many more great years ahead of him.”

Looking ahead, it’s hard to picture anyone topping Djokovic in the ATP rankings in the near future. The Serb, among other high tournament finishes in regular tour events, has two active Grand Slam titles from both Melbourne Park and the All England Club. Furthermore, Djokovic has a runner-up finish from Roland Garros, three results that, when added together, account for a tidal wave of ranking points.

With Federer aging, Nadal fading, and Andy Murray a grade below Djokovic in terms of pure talent, the conditions appear to be right for Djokovic to remain No. 1 for quite some time. He has some margin for error but so long as the Serb plays consistently strong tennis then, before year’s end, he will likely surpass John McEnroe on the list for most weeks spent as the World No. 1 player. Jimmy Connors, Ivan Lendl, Pete Sampras, and Roger Federer are still a long ways off and it is premature to start talking about Djokovic overcoming those players for most weeks on top of the ATP rankings. However the moment is clearly the Serb’s and he is an obvious favorite to be the year-end World No. 1 for 2015.

Fans of Grand Slam tennis will now await the US Open, a tournament that will start in late August. Prior to that, big events on tour include the Canadian Masters and the Cincinnati Masters.