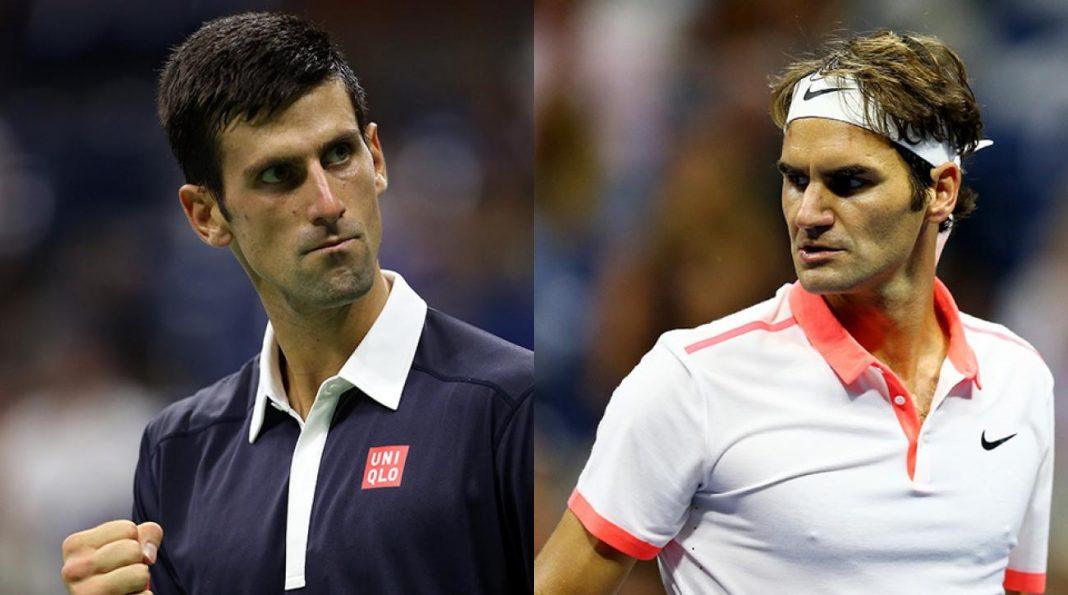 No matter how big or great you get in any sport, your mind can become your greatest enemy. Just ask Novak Djokovic and Roger Federer.

Both fall into the pantheon of greatest tennis players in history, but they’ve both been dealt severe setbacks in their careers.  With Wimbledon coming on Monday, both players deal with overcoming those fears on the court.

When Novak Djokovic walked into Wimbledon a year ago, he possessed all four Grand Slam trophies.

A third-round defeat to Sam Querrey last year at the All England Club was the stunning start of a prolonged slump, a slump which Djokovic hopes he is finally on the way to ending after winning his second title of the year in Eastbourne on Saturday.

Djokovic won the Eastbourne International beating Gael Monfils 6-3, 6-4 in the final, his first title since Janaury and his third in a year.

“It’s been a while now that I have been trying to find my best game and kind of consistency,” Djokovic said. “It hasn’t been the case for me in the last 12 months to win many big tournaments.

“In order to, in a way, reach the next peak, you need to have a little drop, because, you know, that’s how life kind of circulates around, as waves going up and down.”

His philosophical ponderings have become more familiar than the grit and intensity that saw him win six of the eight major titles available over a two-year period beginning at 2014 Wimbledon.

Roger Federer and Rafael Nadal appeared to have been pushed to the brink of retirement, and Andy Murray to despair, having so often been Djokovic’s prey in finals.

Yet, the other three members of the Big Four, plus Stan Wawrinka, have each added a Grand Slam title in the past year, while Djokovic has been trying to work out what’s gone wrong.

To that end, he jettisoned coach Boris Becker in December, and long-time members of his support team in May.

Another “super coach” in Andre Agassi was hired just before the French Open, where Djokovic faltered in the quarterfinals. He’s since added former world No. 7 Mario Ancic to his team.

Neither was in Eastbourne, but Agassi followed Djokovic’s progress closely on television, and will meet up with him in London on Sunday.

“He (Agassi) has noticed that my game has kind of raised the level and quality of tennis, is going in the right direction every match, and the competitive spirit and fighting spirit was there,” Djokovic said.

“I have been in the game long enough to know what I need to do. Playing at Wimbledon and playing at any other tournament, as a matter of fact, gives me a lot of joy, and I think that’s the key.”

The three-time Wimbledon winner opens his account this as the second seed, against Martin Klizan of Slovakia. 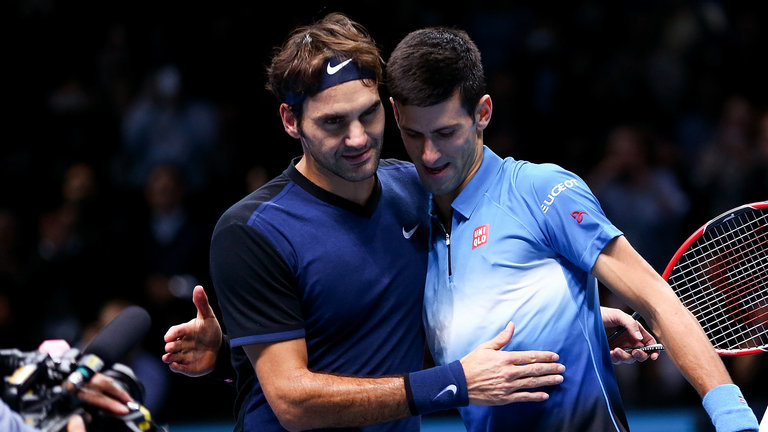 Write off Roger Federer at your own peril.

The guy’s been considered done by some folks at various times over the years, whether because of age or a bad back or a bum knee or a – gasp! – 4½-season drought without a Grand Slam title.

And yet here he is, about to turn 36 next month, about to tie a record by playing in his 70th major tournament and, lo and behold, back to his old status as a popular pick to take home the title when Wimbledon begins on Monday.

He is seeking an unprecedented eighth men’s championship at the All England Club.

“A player like Roger, as long as he’s playing, you know, he’s going to have a chance to win a Grand Slam. The day he will stop playing, that’s when he will have no chance to win,” said Stan Wawrinka, a three-time major champion who has played much of his career in his Swiss countryman’s considerable shadow.

“We all know as players, we all see on the court, we all see when we practice against him,” said Wawrinka, who is friends with Federer and has teamed with him to win a Davis Cup title and an Olympic gold in doubles.

“For sure, he had some years (that were) a little bit down – with some injury, with some tough results for him. That’s part of a long career.”

The lasting image of Federer at Wimbledon a year ago was of him face-down on the Centre Court turf during the fifth set of a semifinal loss, betrayed by a surgically repaired left knee.

Also tough to forget: The consecutive double-faults in the last game of the fourth set.

He seemed more vulnerable than the tennis world had seen him in more than a decade.

Afterward, he recalled, he consulted with several doctors. Federer figured he would need a month off, maybe two. He was told that at least four months off was the proper way to heal. That meant no Olympics, no U.S. Open, no matches at all for the rest of 2016.

All he’s done since coming back this year is go 24-2 with four titles, including a record-extending 18th at a Grand Slam tournament by erasing a fifth-set deficit to beat Rafael Nadal in the Australian Open final in January.

That was Federer’s first major championship since Wimbledon in 2012, when he was a mere 30 years old.

Some more time off would come during this season: Federer skipped the clay-court circuit, including the French Open, despite being healthy.

Federer wanted, he explained, to give himself the best chance to succeed on his best surfaces, grass and hard courts.

“We all felt the same way, that it’s better to save myself and give it all I have for the rest of the season – not just the grass-court season, but looking beyond that, too, all the way to the American summer, staying on a ‘fast-court tennis’ sort of mindset,” he said.

Leaning back in his chair with arms crossed, he said of missing the French Open: “I kind of never regretted it, even though it hurt.”

He tuned up for Wimbledon by winning a grass-court tournament in Halle, Germany. In the final, he walloped one of the game’s up-and-coming talents – Alexander Zverev, someone 15 years his junior – as if to prove that the kids can wait their turn.

Tennis’ old guard is still in charge of the sport.

Federer, 31-year-old Nadal, and Novak Djokovic and Andy Murray, both 30, are the top four seeds at Wimbledon. They’ve combined to win the past 14 titles at the All England Club.

“It’s very even, when we put it all out on the line,” Federer said about the so-called Big 4.

This is Federer’s 19th appearance at Wimbledon, two shy of Jimmy Connors’ record in the Open era. Federer enters with 84 match wins, equal with Connors for the most.

There are concessions to time, Federer acknowledges.

He tried to get through practice Saturday as quickly as possible – “short and sweet, just to get it done” – and then planned to take Sunday off before the grind begins.

The philosophy is the same during matches. An attacking style to shorten points, the occasional serve-and-volley, and the more powerful backhand he displayed in Australia against Nadal all can help save energy.

“I don’t want to be at the mercy of my opponent. I want to take charge, play aggressive myself,” Federer said. “So for that, I need to be fast on my feet and quick in my mind. I just need enough rest so I can play enough inspired tennis.”