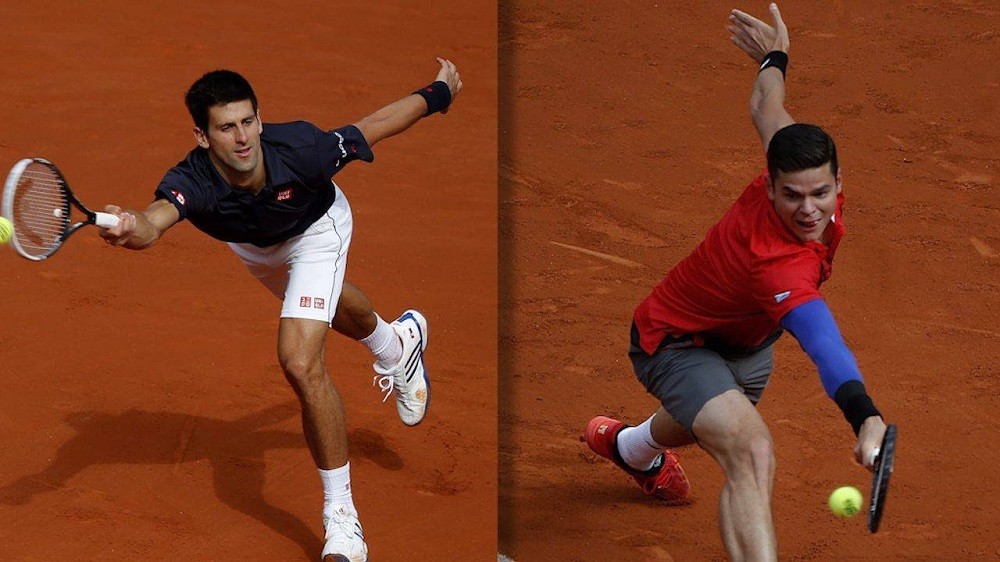 The 2016 Rogers Cup draw definitely has a different look to it than the one that tennis fans are used to. No less than 14 players withdrew from the event before the release of the draw including several players that had late-round potential. Past champions that withdrew from the Rogers Cup are Roger Federer, Rafael Nadal, Andy Murray, and Jo-Wilfried Tsonga. Following all the withdrawals, almost anyone that shows up for the tournament has a somewhat reasonable chance of doing some damage.

The six-round event awards a bye to the top-eight seeded players. This year those players will be Novak Djokovic, Stan Wawrinka, Kei Nishikori, Milos Raonic, Tomas Berdych, Dominic Thiem, David Goffin, and Marin Cilic. As far as draw-luck goes, it appears to belong to Thiem in my view. If the seeds held up to the quarters, these are the match-ups tennis fans would be looking at:

Looking at the top half of the draw, Berdych appears to be a major threat in the tournament. He’s one of the few top players in the draw that doesn’t have a whisper of injury surrounding him. The Czech was in sharp form in England, making the semifinals there, and he should be a tough out in Toronto – especially if Djokovic is not 100%.

However, the danger that the Serb presents to anyone in his path can’t ignore. It has been a few weeks now since Djokovic lost to Sam Querrey at Wimbledon so whatever bothered the World No. 1 there could be history. While Djokovic hasn’t always done his best in Toronto, the only test the Serb could face ahead of the quarters is against Gilles Muller, a potential second-round opponent. Otherwise, Djokovic’s draw to the quarters appears fairly clear.

Raonic, Canada’s top player, doesn’t have that great of a draw in my view. In the second round, he should face Alexander Zverev, a player that could test the Canadian if he’s not at 100%. It was only about a week ago that Raonic said he had a “variety of health concerns” so we’ll see if he is fit or not over the next week. My inclination is that Raonic is probably not at 100% as his run to the Wimbledon final had to be testing for such an injury-prone player. Besides Zverev, the Canadian could also face Steve Johnson before the quarters, a player that has come on very strong of late.

On the bottom half of the draw, Nishikori is a question mark due to a recent rib problem – one that affected him in Halle and at Wimbledon. It’s been a while since Japan’s top player withdrew from Wimbledon mid-tournament, so he is probably going to be okay. However, where his game is at right now isn’t clear following a couple of middle-round losses at Roland Garros and at the All England Club.

Wawrinka sort of looks dangerous with a #2 seed beside his name. However, the Swiss player has had a peculiar season in some ways. Recent losses to Juan Martin del Potro, Fernando Verdasco, and Juan Monaco aren’t exactly bad losses as the players are talented. However, the best player Wawrinka has beaten recently is Viktor Troicki. The Swiss player has titles this season from weak draws, however, Wawrinka still really lacks a convincing match win on the whole 2016 season.

Looking at the draw, he could face a tough test in the third round against Jack Sock. But all things considered, my pick to survive Wawrinka’s quarter would have to be Thiem or sleeper-pick Bernard Tomic.

All the big-player withdrawals promise to hurt the interest in the 2016 Rogers Cup. However, the ranking points remain the same regardless. Unless Wawrinka or Nishikori makes the final, the bottom half of the draw will produce a first-time Masters Series finalist as there isn’t actually anyone in that section besides them that has made the final hurdle in a 1000-level event.