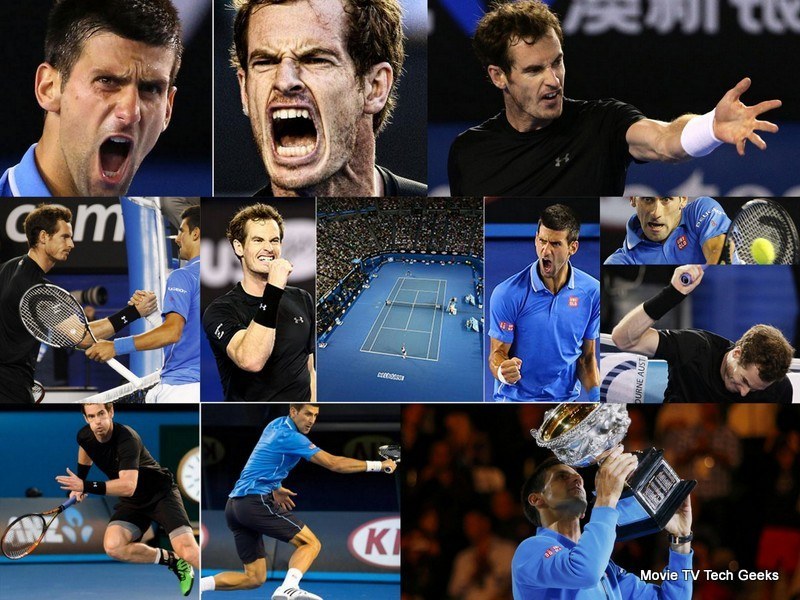 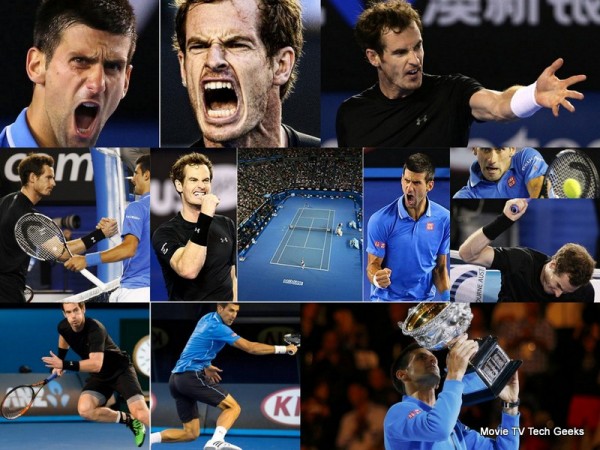 Despite a few problems with a scraped thumb and equilibrium issues, Novak Djokovic made history while also holding onto his number one world position after defeating Andy Murry. Many critics can agree that this was one of the better tennis finals in years with neither player running out of gas or letting up. You can see all the Djokovic vs Murray highlights below.

Djokovic, who became only the second man in history to win the title five or more times, was presented with the winner’s trophy by Roy Emerson, the only man ahead of him on the all-time list with six titles. There have been times in this tournament when the world No 1 has looked below his best, especially when he labored to beat Stan Wawrinka in the semi-finals, but like so many great champions he has the knack of finding a way to win even when he is struggling. In the first set, he took a slight fall scraping his thumb, and it looked like it could be end of his Australian Open run. Before he stepped off the court to have medical look at it, you could see his hand shaking badly, making it harder for him to get a tight grip on his racquet. 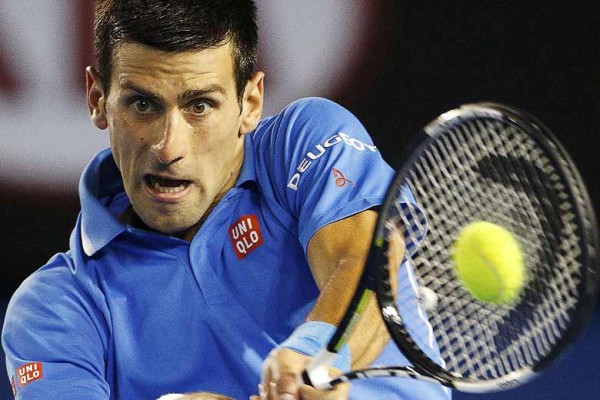 It was a third win over British number one Murray in a Melbourne final and broughthim an eighth Grand Slam title.

Murray, 27, has now won two of the eight Grand Slam finals he has played in, having lost all four in Australia.

“I would like to congratulate Novak – it is a fantastic record and thoroughly deserved,” said Murray.

“It is probably my most consistent Grand Slam throughout my career but I just haven’t been able to win.”

Murray, who underwent back surgery near the end of 2013 and was playing in his first Grand Slam final since winning Wimbledon earlier that year, added: “I’m closer than I was a few months ago.

“I’ll try to come back next year and have a slightly different outcome in the final.” 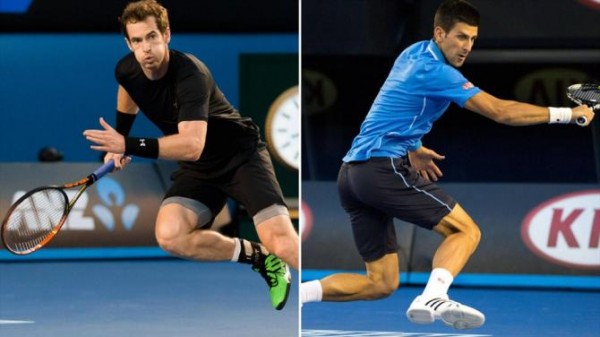 The Scot, who will return to fourth in the world rankings on Monday, had chances in each of the first three sets of the final but ultimately could not cope with the Serb’s pinpoint returning and brilliant defence.

Djokovic, a week younger than his opponent, did look vulnerable at times, hurting his hand in a fall and appearing to struggle with an ankle problem early in the second set.

There were some concerned looks to coach Boris Becker in the stands and he required some energy-boosting fluids at a break down in the third set.

Murray was having his own problems, however, and just as at the US Open last September he could not keep pace physically with the Serb in the closing stages.

Djokovic had made a blistering start, racing into a 4-1 lead and going 20 minutes before he offered up a first unforced error.

It was to Murray’s credit that he twice hauled back breaks to force a tie-break, but a double-fault at 4-2 and a loose volley at 5-5 simply gave Djokovic too many chances.

The four-time champion clinched it when Murray netted a return, before suffering an awkward fall chasing a net cord early in the second that required treatment to his hand. 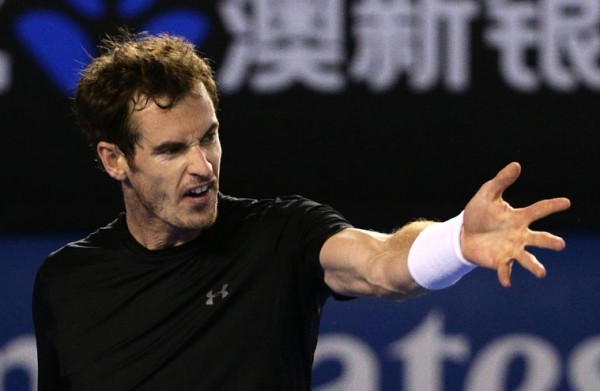 Murray moved into a 2-0 lead but saw the advantage wiped out when a rejuvenated Djokovic strung together 13 straight points.

Again, Murray fought back, a forehand into the corner making it 4-4, and three break points were saved at 5-5 on the way to a second tie-break.

This time the Scot would not relinquish an advantage, winning a gripping rally to lead 5-2 and converting his third set point.

When Djokovic netted a forehand to drop serve at the start of the third set, Murray appeared to have finally gained the initiative after two-and-a-half hours.

It proved to be his last moment to savour, however. As fatigue took a grip, his second serve slipped from being vulnerable to a liability.

Djokovic was now winning 75% of those points, and a frustrated Murray was screaming “how many times” as his advantage fell away. 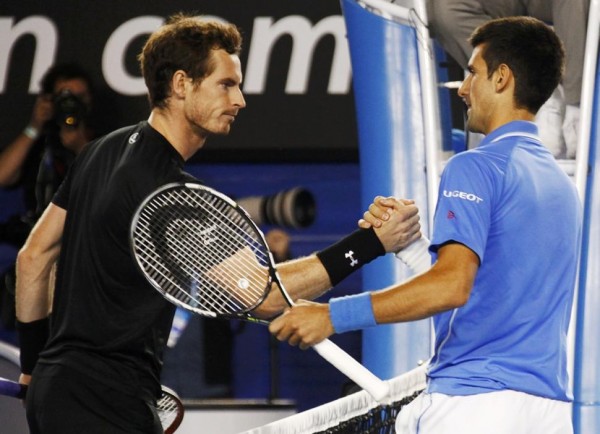 The Serb saw off one final moment of danger at break point in game seven, gesturing to coach Becker to become more animated, but he required no assistance. 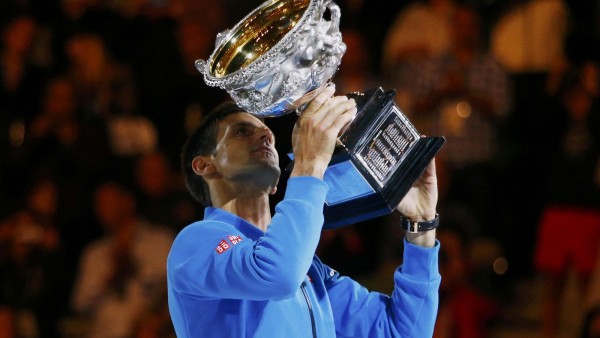 Murray was a rapidly fading force, double faulting to drop serve at 5-3, and winning just 11 points in a fourth set that disappeared in under half an hour. 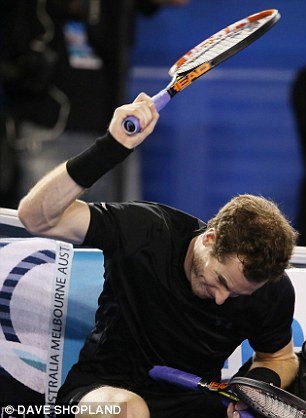 Djokovic celebrated by throwing his racquet into the crowd, while a furious Murray smashed his in despair.