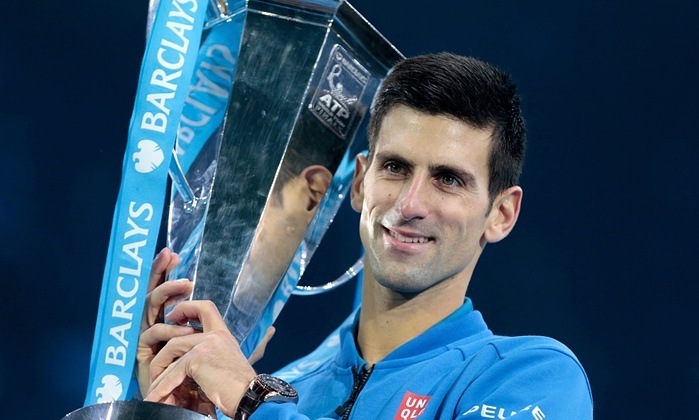 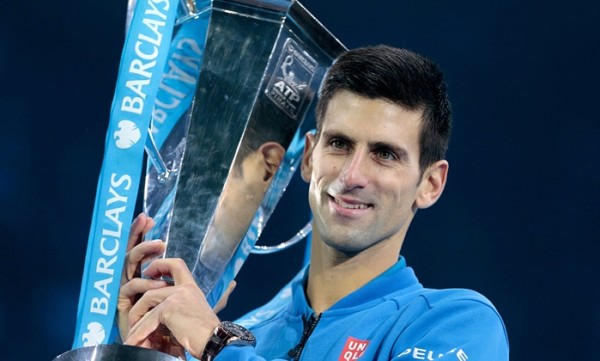 Novak Djokovic did almost everything in 2015, and he concluded his season on Sunday with a win over long-time rival Roger Federer at the 2015 ATP World Tour Finals. Djokovic finished the season off with a 6-3, 6-4 victory over the Swiss Maestro at the London event. Except for Davis Cup play, which can only feature players from Great Britain or Belgium, the 2015 season is now over.

Djokovic, besides claiming his fourth Tour finals title, claimed a lot of other important titles in 2015. Besides winning results in multiple Masters Series events, the Serb won three of four Grand Slams. He started the season with his fifth title in Melbourne Park, later in the year he won his third Wimbledon title, and he finished the Grand Slam season off with a second title from Flushing Meadows.

Of course, the glaring hole in Djokovic’s season is the missed opportunity at Roland Garros. With Rafael Nadal playing below his normal standard, even on clay, Djokovic was into the final in Paris through the Spaniard. However, the Serb dropped the championship match at Roland Garros to underdog Stan Wawrinka, a player who claimed his second career major title. In losing to Wawrinka, the World No. 1 missed a glorious opportunity to complete his career Grand Slam, something that he will certainly be judged on at career’s end if he does not win the French Open in the future.

But all of his currently active titles have contributed to a very lengthy stay on top of the ATP rankings. Recently Djokovic surpassed John McEnroe for fifth all-time in terms of weeks as the highest ranked player in the world.

In finishing 2015 off as the World No. 1, Djokovic will add a handful of weeks to his total during tennis‘ very short off-season. However, his lead is so great in the current rankings that it is hard to picture the Serb losing the top spot anytime soon, even after the start of the 2016 season. That said, Djokovic would need to retain the World No. 1 ranking for almost two years straight before he would come close to Jimmy Connors, the player currently in fourth position in terms of weeks spent at No. 1.

But while Djokovic just completed a year of dominance, it was also a year of disappointment for several other players. Wawrinka is an exception as he over-achieved in just winning one major. Furthermore, Federer, playing so well at such an advanced age, is beyond reproach.

However, Nadal has faded on tour and Andy Murray, in order to get a passing grade, would have needed to take a bite out of Djokovic’s Grand Slam dominance in my view. Furthermore, 2015 did not really see a new face make a huge impact. All of the players currently in the Top 15 have a lengthy history of being so highly ranked, with the exception of Kevin Anderson.

We’ll have to wait and see what happens in 2016. However, I expect Djokovic to win the Australian Open and the elusive French Open. I think Nadal will re-surge some while I think we might see David Ferrer fall out of the Top 10 for good. Furthermore, I think we’ll see Borna Coric, the 19-year old from Croatia, who is currently ranked 44th, make a charge toward the Top 10. In watching numerous of his matches over the last few months, I think he only needs a little bit of fine-tuning to start putting a scare into the top players on tour more often.

The ATP hasn’t updated their calendar for next season yet but expect a handful of minor tournaments to be played in very early January. For those that only follow the major events, the 2016 Australian Open is up next, an event that starts January 18th (with quallies in the days prior).