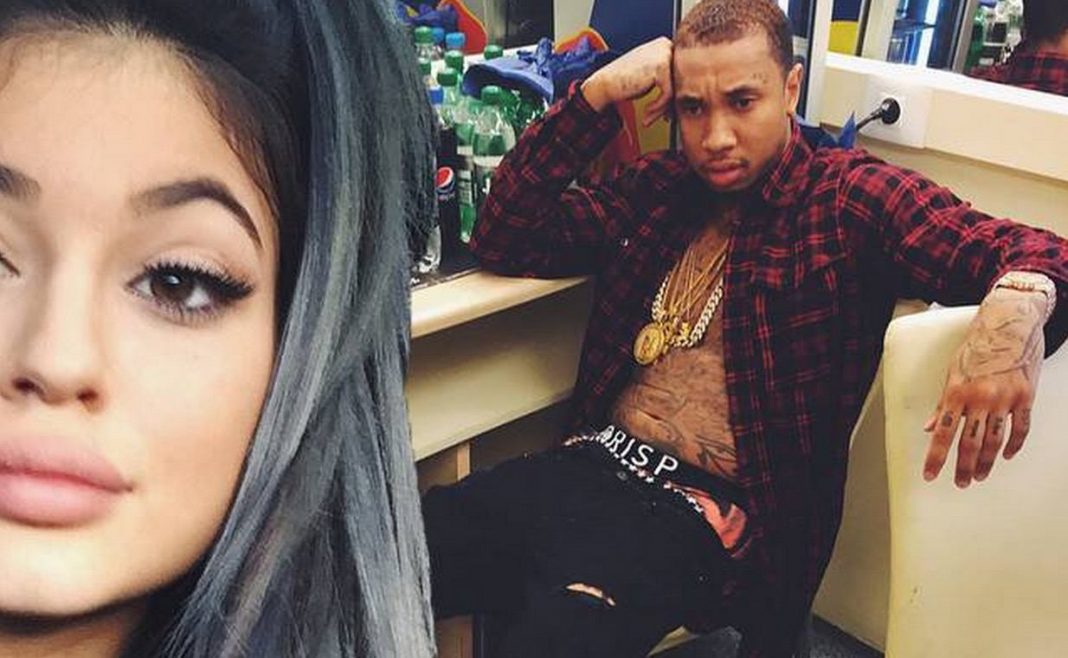 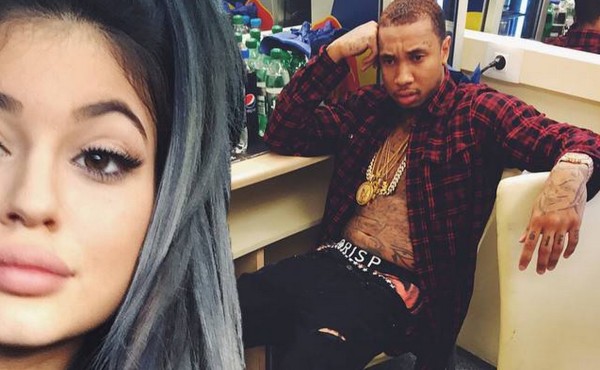 Is Kylie Jenner following the footsteps of her older sister Kim Kardashian, and becoming a young bride (note: the first time Kim got married she was just 19-years-old)?

On Thursday night, subscribers to the 18-year-old reality star’s personal website were given the answer: no. During a live stream on her site, Kylie explained that Tyga was simply mocking a video they had seen, when he referred to her as his “fiancée.”

Kylie explained, “He was making fun of an Instagram that he posted like 30 minutes before. He knew there was this guy who was on Instagram, where he found this funny little video and it’s of this guy doing an interview and he’s like, ‘I don’t like nobody. I just play with my fiancée and my little dog.’”

A source confirmed to E! News that the couple is not ready to tie the not any time soon, however they are very serious about each other.

Kim also made an appearance during Kylie’s live stream. During her guest-spot, Kim addressed the rumors that she was mad that Kylie was stealing her spot. She clarified that she was actually proud of Kylie’s success, explaining, “I love it, like, I love it. I need some time off. I mean honey, let’s be real, you’ve got to put in a few more years before you actually dethrone me. But I give my baton to you. Who better to pass on knowledge to my baby sister, rather than a random, non-family member.” 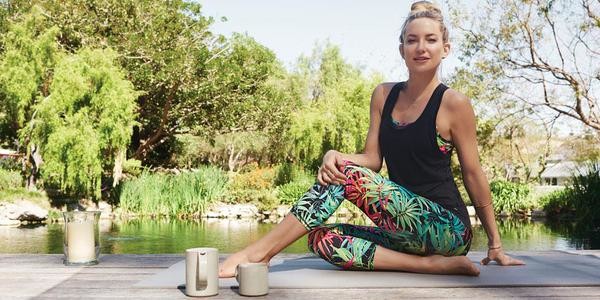 Unfortunately, Jessica Alba isn’t the only celebrity businesswoman who is coming under fire for her products.

Kate Hudson is also being hit by public criticism for her brand, Fabletics, which sells fashionable athletic-wear. On Thursday, a Buzzfeed News report claimed that the company was using deceptive advertising that was causing unauthorized credit card charges and leading users into unknowingly subscribing to their paid service (“VIP membership”), which is purposely difficult to unsubscribe from.

Fabletics, is the offspring of parent company JustFab and according to reports, the CEO and Co-CEO of JustFab have been tricking customers into unwanted paid subscriptions since at least 2004. JustFab is valued at over $1 billion, but unfortunately a portion of this was made through unethical practices.

Countless customers have taken to social media, specifically Twitter, to express their outrage and dissatisfaction with their experience on Kate’s company’s website. The complaints ranged from awful customer service experience to the inability to opt out of the paid monthly subscription service Fabletic’s offers.

Kate has yet to respond to the complaints and allegations.

No I have opted out both montha and you have refused to give me my money back.
I need that money to feed my kids https://t.co/aZrkt4Gk9Q

In case anyone doesn't know, #Fabletics charges you for NOT shopping. Awful #customerservice experience, will never use site again.