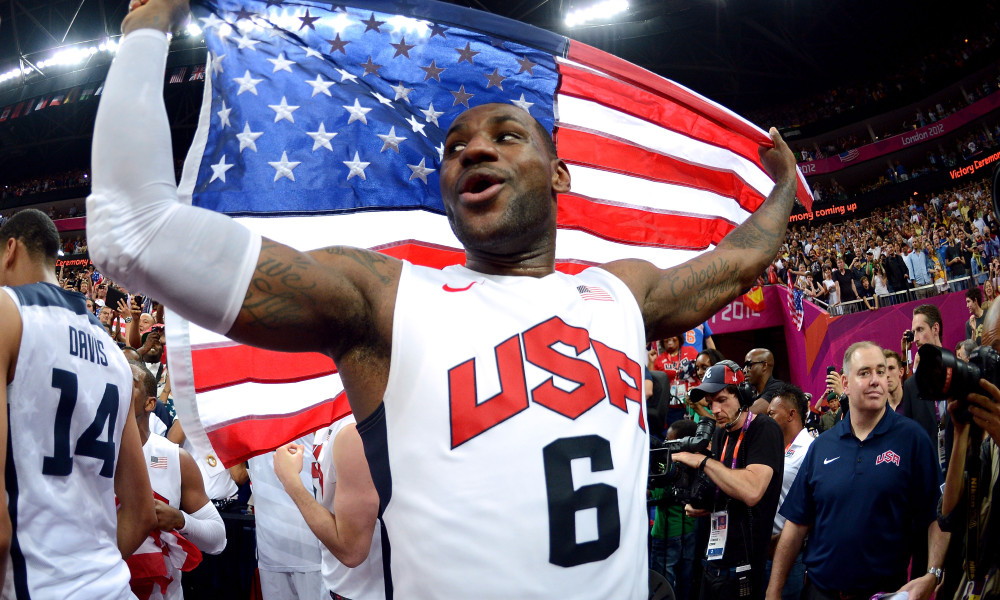 The International Olympic Committee has approved 15 new events for the 2020 Summer Olympic Game in Tokyo, including more swimming, cycling, and basketball. In addition to the regular full-court style of basketball we all know and love, the Games will include a 3-on-3 basketball event on the half-court.

The gameplay is a little different, but anyone that’s ever played pick-up basketball should be able to catch on pretty quickly. All baskets are worth one point, and shots from outside the international three-point line are worth two. If you get a rebound, you have to “take it out” beyond the two-point line before your possession. Each game is ten minutes with a 12-second shot clock.

The IOC is hoping that, much like beach volleyball, the shorter, faster half-court version of the game will be a big hit. NBA stars such as LeBron James agree that it’s a great addition to the Games.

“I think it’s great for basketball,” said James. “For us to be able to add another category to the Olympics, another basketball category, I think it’s pretty great. I haven’t seen the full layout of how they plan on executing it; and are they going got use NBA guys or are they going to use college guys?”

LeBron, of course, has been a part of Team USA basketball since he was drafted in 2003, winning bronze in the 2004 Olympics and gold in the 2008 and 2012 Games. James hung up his international jersey after the 2012 London Games to make way for the younger guys and devote all his time to the NBA.

It doesn’t seem likely that the prospect of three-on-three will draw James out of his international retirement.

Although he likely won’t participate in 2020, James had no problem answering who he’d like on his team in a 3-on-3 situation: NBA legends Magic Johnson and Michael Jordan. As for his current teammates? He’s not quite sure off hand.

Fortunately, James has J.R. Smith to answer for him. Smith believes that Kyrie Irving and Kyle Korver would be great choices for the Games.

“Kyrie for sure,” said Smith. “He’s probably the best one-on-one player already. And Kyle would be a really good three-on-three player because he moves without the ball and he can catch-and-shoot the sh-t out of it.”

Unlike regular 5-on-5 basketball, the 3-on-3 team is made up of only four guys, three on the court and one sub. The competition could be fierce on the star-studded Team USA if FIBA allows the U.S. to send professional basketball players. Draymond Green believes, however, that the new event gives people outside of the NBA a chance to compete and win.

The BIG3, a brand-new basketball league of 3-on-3 matchups started by Allen Iverson and Ice Cube, begins this summer. Former players such as Jermaine O’Neal; Chauncey Billups; and, of course, A.I. will all be out there on the court again. Maybe some of the younger guys participating in the league would make great candidates for a roster spot come 2020, especially if they have the chance to learn from and compete against NBA legends like Iverson.

As much as I love watching Team USA dominate every other country in basketball, I will be the first to admit that it’s not fair at all. I think FIBA and Team USA realize this as well, and they may make a push to correct that in the 3-on-3 event.

“They don’t want just the basketball powers to compete in 3-on-3,” said USA Basketball CEO Jim Tooley. “FIBA will get together and figure out how teams will qualify. They will definitely want to reward countries that have been doing a lot of 3-on-3 activities.”

For now, there isn’t much enthusiasm among NBA players for the event anyways. The majority of them seem fine with letting younger; non-pros take this one (unlike the WNBA players, who have expressed interest in the event already). That, of course, could change in the coming years leading up to the Tokyo Games.

But imagine Anthony Davis, Kyrie Irving, and a shooter like Kevin Durant taking on the competition. It might be more unfair than the regular sport.