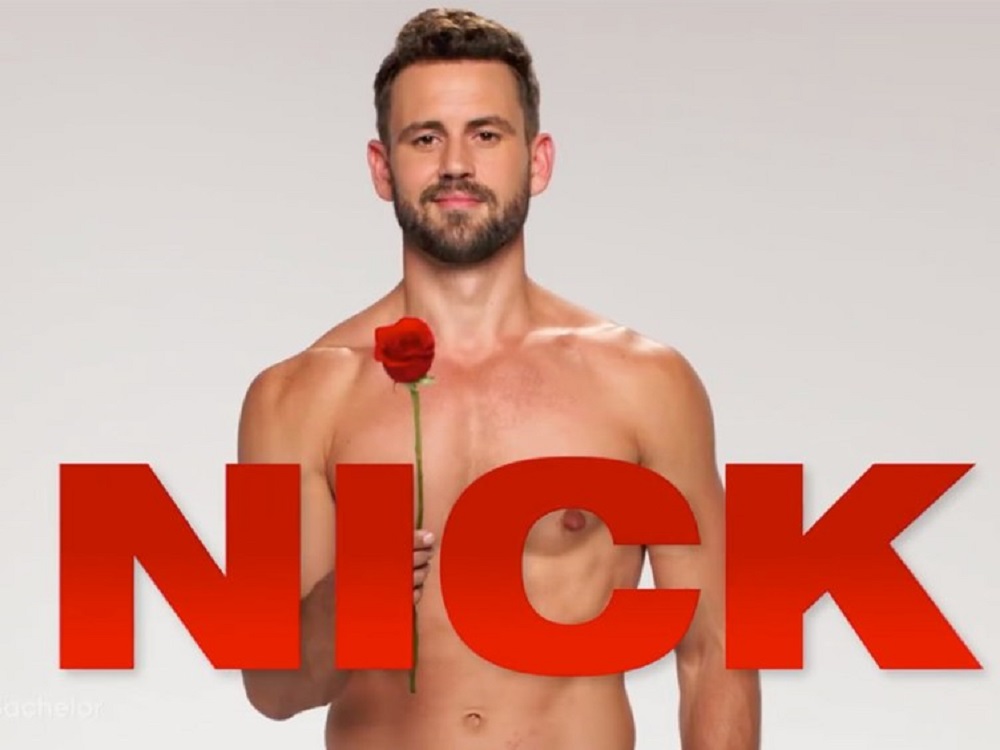 After three failed attempts, villain-turned-hopeless romantic Nick Viall returned to ABC for the 21st season of The Bachelor on Monday. On the season premiere, Nick met with a record 30 female contestants, all of which are hoping to win Nick over and leave the show engaged.

TV viewers were first introduced to Nick Viall, a former software sales executive, back in 2014. He made it to the final 2 during Andi Dorfman’s season, but unfortunately got beat out by Josh Murray (who is no longer with Andi). Then, in mid-2015, Nick surprised Bachelor fans when he showed up for Kaitlyn Bristowe’s season of The Bachelorette. Unfortunately, he once again only made it to the final 2. Lastly, Nick put it all on the line during this past summer’s season of Bachelor in Paradise. While he did manage to form a minor relationship with fellow contestant Jen Saviano, their romance ended promptly after the show’s finale. Thus, after all of this, Nick somehow decided it was a good idea to broadcast his never-ending search for love yet again for millions of viewers all over the globe, as season 21’s bachelor. 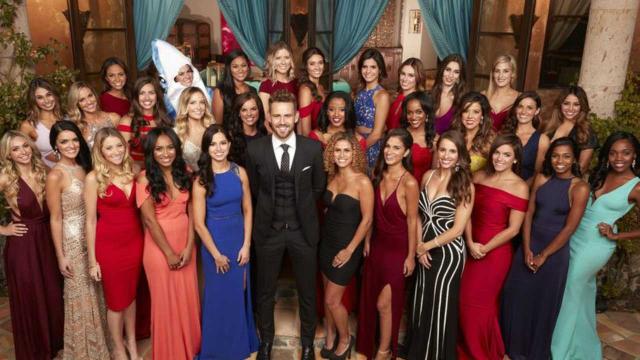 To kick off the episode, Nick met up with a few other former Bachelor alumni, including Chris Soules, Ben Higgins and Sean Lowe. Nick admitted to his reality star buddies that he is very anxious to start the process. In response, the others told him to just “trust [himself].” The four men ended up playfully toasting to Nick, saying, “May the fourth time be the charm.”

Shortly after Nick’s drop-in with Chris, Sean and Ben, Bachelor nation was introduced to a few of the women vying for Nick’s love. During this, viewers were introduced to Rachel, 31, a Dallas-based lawyer who (unlike most of the other women) doesn’t believe in love at first sight – but she does, however, believe in forming an instant connection. Along with several other contestants, 24-year-old Corinne was introduced. In her personal segment, Corinne revealed that she owns a multi-million dollar business with her parents, based out of Florida. In typical Bachelor fashion, the producers had to expose some of the weirder aspects of Corinne’s life – like the fact that she still has a nanny making and bringing her food while she works.

The big ‘bombshell’ of the pre-mansion introduction segments came from Liz, a 29-year-old doula living in Las Vegas. Liz revealed that she was the maid of honor at Bachelor in Paradise’s Jade Roper and Tanner Tolbert’s wedding. Here, she actually met Nick and wound up spending the night with him. However, despite their fun night a few months back, Liz told the camera that she is not sure Nick will remember her.

Just like in the past seasons, each of the Bachelor contestants emerged from the limo in their own unique fashion. From riding a camel to hugging Nick in a shark costume (which the girl wearing adamantly claimed to be a dolphin costume – though it clearly was not), the entrances certainly did not disappoint. 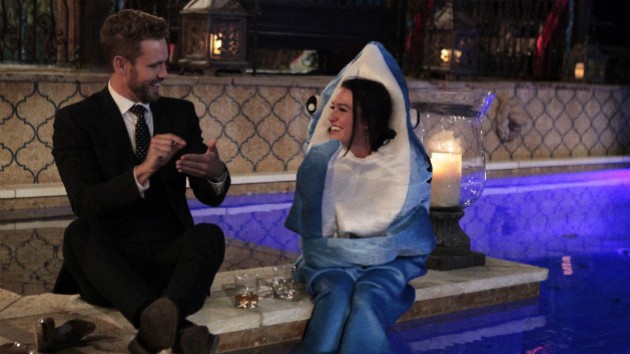 Once all of the girls made it into the mansion, Nick began his one-on-one chats. He first chatted with Rachel and the 2 seemed to hit it off. Next, 25-year-old Christen from Tulsa taught Nick some basic ballroom dance steps. Inevitably, many contestants got frustrated with having to watch as others interacted with the bachelor. Therefore, there were plenty of interruptions. In fact, Corinne decided to pull Nick away from another woman so that she could be the first one to make out with him. After this happened, Nick admitted to confessional that he didn’t feel completely comfortable with kissing Corrine and he hoped that the other women weren’t watching (which they were).

Eventually, Nick sat down and talked with Liz. When first arriving at the mansion, Liz made a point of not bringing up their past interaction, as she wanted to see if Nick would remember her. Since Nick did not say anything when welcoming her to the mansion, she was convinced that he had no recollection of her. However, during their chat inside the mansion, Nick immediately brought up their little hook up at Jade and Tanner’s wedding. Liz admitted that she was surprised he remembered her, especially since she opted to not give him her number after they got together at the wedding a few months back.

After speaking with most of the ladies at least once, Nick decided to award the first impression rose to Rachel. He told her that he felt really comfortable with her and was surprised by how easy it was to keep a conversation with her. 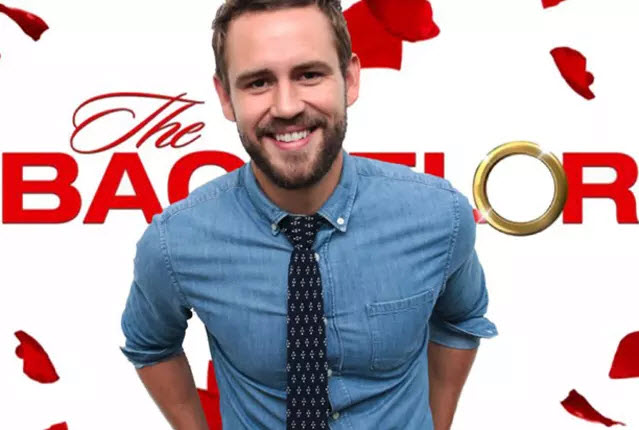 Having the first impression rose in tow, Rachel was subsequently safe from elimination during the first rose ceremony. Unfortunately, Nick was forced to send 8 of the other contestants packing; this ended up being: Angela, Briana, Jasmine B., Ida Marie, Lauren, Michelle, Olivia and Susannah.

Therefore, the women who moved on to the 2nd week with Nick were: 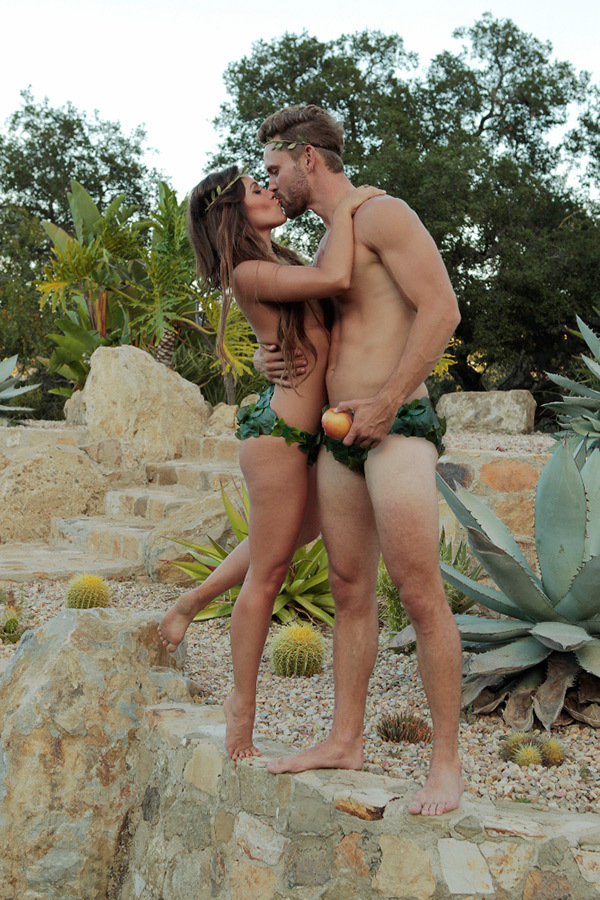 Tune in to ABC next Monday, January 9th for more of The Bachelor Brittany and Corinne strip down for a sexy photo shoot with Nick Viall.