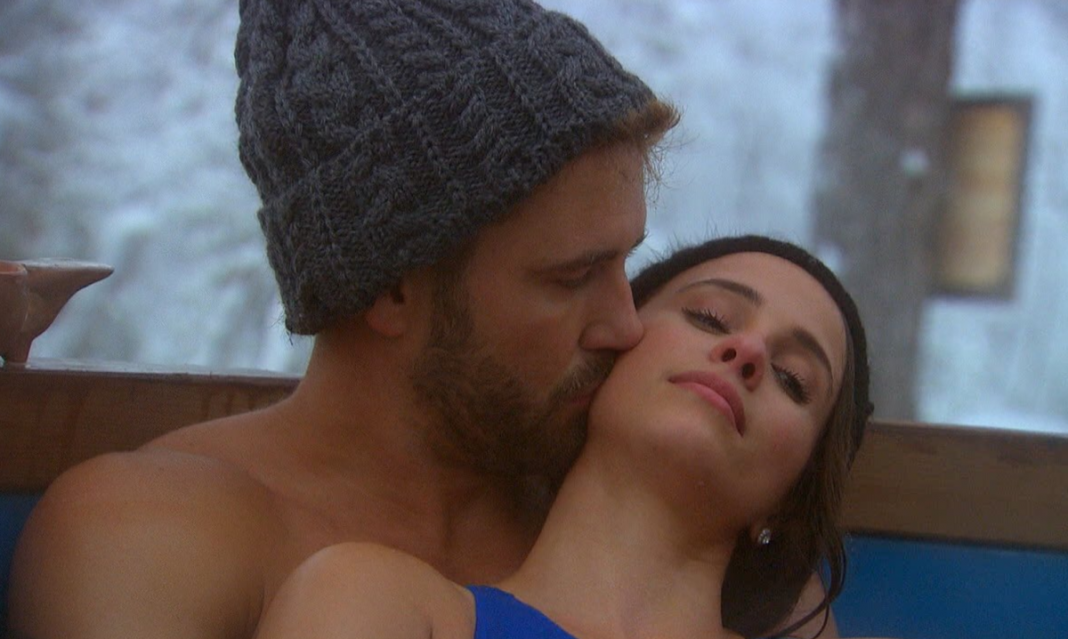 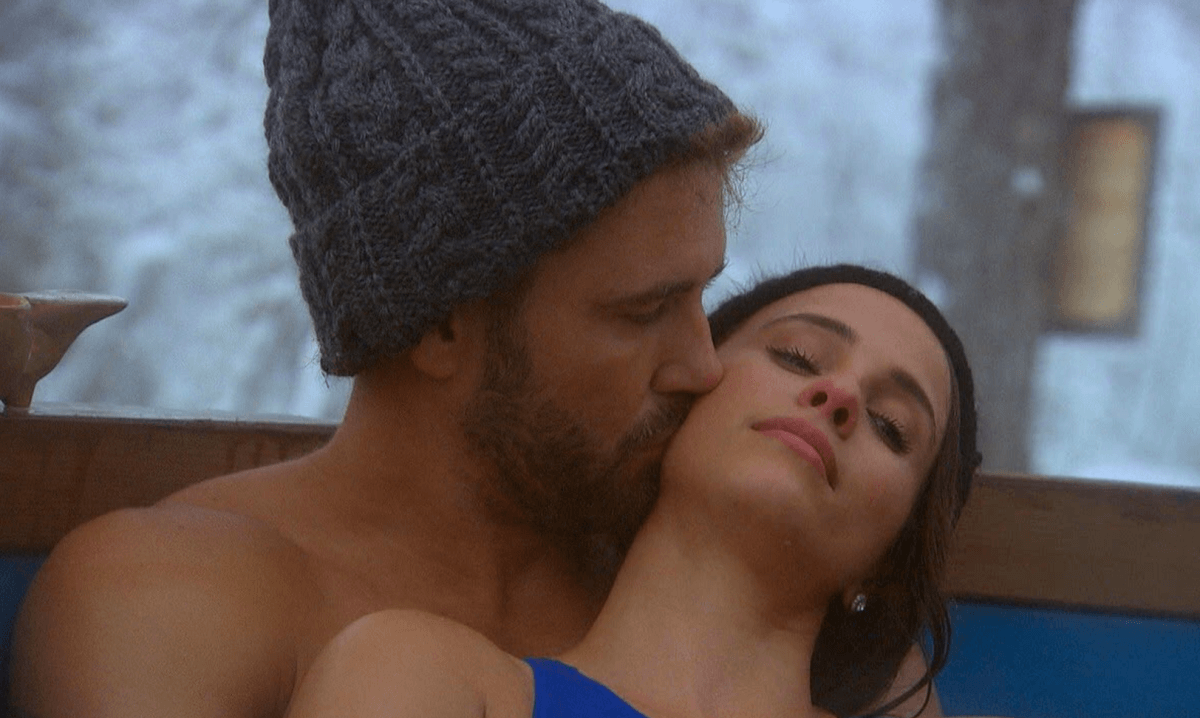 So the unlucky in love while making a nice chunk of money “Bachelor,” Nick Viall has cut a swath through 30 women and is now down to two promising ones.

There’s 25-year-old fashion boutique owner, Raven Gates, who has come all the way from Arkansas for her shot at love, fame or some great promotion for her shop courtesy of ABC. Then there’s Vanessa Grimaldi, a special education teacher from Canada who’s closer to Nick Viall’s age by four years.

Speculation online has been that Vanessa will be the recipient of the rose from Viall, but you know how “The Bachelor” loves surprise endings so Nick could go home empty handed, although he could find his next match on “Dancing with the Stars” as he’s got his next paycheck already lined up.

The finale has Nick bringing Raven and Vanessa home to meet his family hoping that they’ll be able to make his choice easier. Naturally, this is a ruse to add more drama to the mix as the two women are made to feel uncomfortable knowing their fate is in the hands of Viall, his family and the producers at ABC.

Vanessa’s caution makes Nick’s family wonder if she’ll turn him down for a proposal, but of course, he wants more ‘private time’ with them to see which one is the winner. Nothing like being a kid in a candy store with plenty of PREP.

Nick’s final date with Vanessa starts as a hike to a special secret destination: the snow-covered cottage of Santa Claus. Santa’s workshop even has a special gift for Vanessa. But the evening portion is dominated by what compromises they will need to make on where to live and family traditions. Her lingering questions and the fact that she may not be ready to accept a proposal leave Nick with a haunting apprehension of his past. Would he be left at the altar again if he asks Vanessa to marry him?

Raven’s kind heart and easy-going manner scores points with Nick. They spend their final day together ice skating hand-in-hand on a frozen lake. Later, over an intimate dinner, she reminds Nick why he is falling in love with her. She is ready to take the next step in their future together.

Nick’s latest blog posting about his Fantasy Suite date with Vanessa has many thinking she’ll be the winner, but I personally still think he’ll choose Raven. We’ll see in a few hours, but in the meantime, read what Nick had to say about his date. 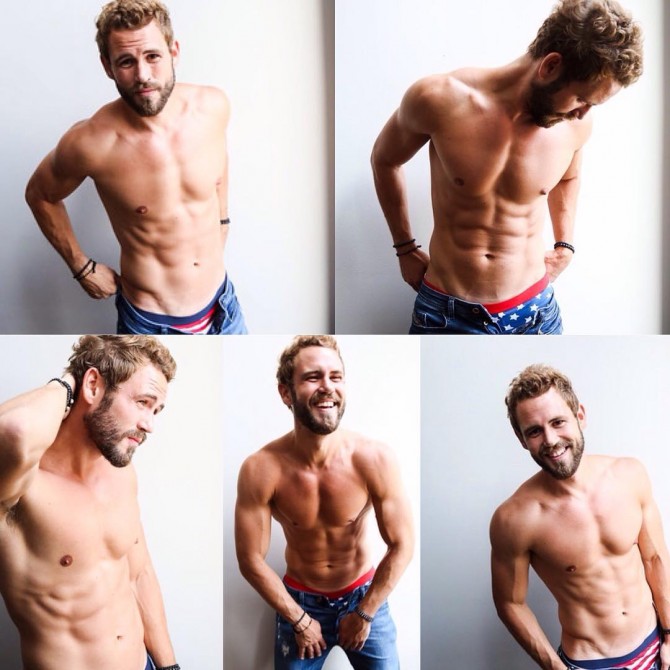 Finland had been better than imagined. My date with Raven last week moved our relationship forward in a huge way. I anticipated two other great dates with Rachel and Vanessa. My last date with Rachel was pretty amazing.

Facts about Finland: There are more reindeer then people in all of Finland. I remember when driving and traveling through Lapland, every road is surrounded by huge beautiful trees. Eight out of 10 times I would see a family of reindeer run beside the road or even through the highway holding up traffic. They’re huge and unbelievable to see in person. To have the chance to get up close and pet them was pretty cool.

It was really great to open up with Rachel over the fire. I also have to admit, the salmon that was slow roasting in the corner of the pit, was literally THE BEST salmon I’ve had in my life. Rachel and I started nibbling on it politely and then after a few minutes just went to town and ate the entire fish with our hands. It stands as one of the best meals of my life.

I want to again say how excited I am about Rachel becoming the next Bachelorette. It was a little bittersweet watching our date back. I think it’s obvious how much charisma, intelligence and charm Rachel embodies. I was lucky to have had her in my life, and I wish her nothing but the best in the crazy and exciting journey she’s about to take.

Heading into my date with Vanessa, I couldn’t have been more excited about spending more quality time with her.  It had been quite a while since seeing her back in Montreal. Meeting her family and experiencing her amazing Italian heritage firsthand was so great, but it also raised good questions for both of us that needed to be addressed.

In an effort to first break the ice, so to speak, I thought it’d be pretty fun to fully embrace the Finnish culture with some authentic Arctic ice plunging. As I’m sure you guys all watched, that is where you basically drop quickly into nearly frozen water and then run even more quickly into a well-heated sauna. Okay, the running part is probably not as traditional, but we’d never been to the Arctic circle before! 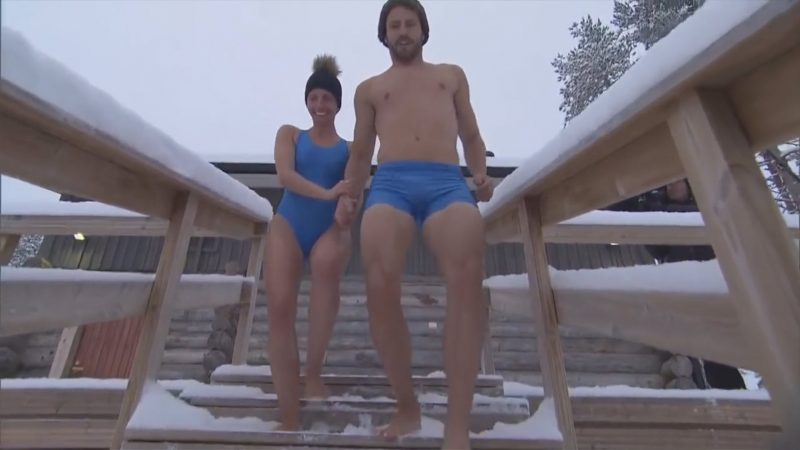 A lot of our date was spent building on our connection, we were able to really communicate on what could happen in our future. Vanessa and I always seemed to be able to air out our questions and concerns and that gave me a lot of confidence about our ability to work through things together. When Vanessa told me she was in love with me, it was an incredible feeling and in that moment with her, I couldn’t imagine being anywhere else.

The rose ceremony that week was an incredibly difficult evening. Making the decision to let Rachel go was extremely emotional and so hard to do. But my relationships with Raven and Vanessa felt stronger. Looking back now and knowing she’s the next Bachelorette, I realize how important it was that I was clear about my feelings for her. I wouldn’t have wanted her to not know how I felt.

Now, not to jump in time, but let us talk about Women Tell All!  Seeing Rachel again at Women Tell All was really wonderful. It was the first time seeing or speaking since saying goodbye in Finland. I was excited to catch up with her but of course a little nervous. I’m so happy we’re in a good place though, and I couldn’t be more supportive for the amazing journey that lay ahead for her.

Okay, so let’s talk about the rest of Women Tell All.  You may or may not know but pretty much all the excitement and show happens without the Bachelor or Bachelorette in the room. So watching this back, I was just as curious to see what the girls had to say about me and each other. All I can say is drama, drama, drama. I hope you all found it as interesting as I did! I totally know how hard it is to go through this journey, so of course tensions rise and frustrations come out.

I will say, the one thing I still don’t understand is what Liz had to say. When I watched her speak with Chris Harrison, I found that she still didn’t make much sense to me. I’m not aware of any attempt she made at connecting with me before we met again that first night at the mansion. So watching back, I have no idea what she is talking about. If this was something she was so adamant about, I wish she had said something to me when I came onto the floor so we could clear things up. I guess Liz and I will just remain in a state of misunderstanding.

When I finally came out to the floor myself and got a chance to face the women, I have to admit I was incredibly nervous! I mean who wouldn’t be, right? With that many exes in one place it’s impossible to forecast the tone of the room you’re about to enter. Throughout the journey, I tried my best to show empathy and respect to all the women while I made decisions along the way. I just know that I always tried to follow my heart and I can truly say I am confident in all my decisions. With that said, it was still so great to see the women. Everyone looked stunning, and I was really appreciative for the warm greetings from everyone.

Women Tell All was certainly entertaining — from cheese pasta (which I still have yet to try, by the way) to seeing how loved Kristina is and catching up with everyone else, it was a really fun evening to be a part of.

As we all wish Rachel luck on her journey, I hope you’re excited to see how my own comes to an end next week. I promise there are a few surprises and it might not end the way you expect. So get ready for the most dramatic finale in television history! (Sorry, had to have my own attempt at Chris Harrison’s line.) Hopefully, fourth time’s a charm!

Thanks for reading,
Nick

Check out “The Bachelor” finally tonight on ABC.