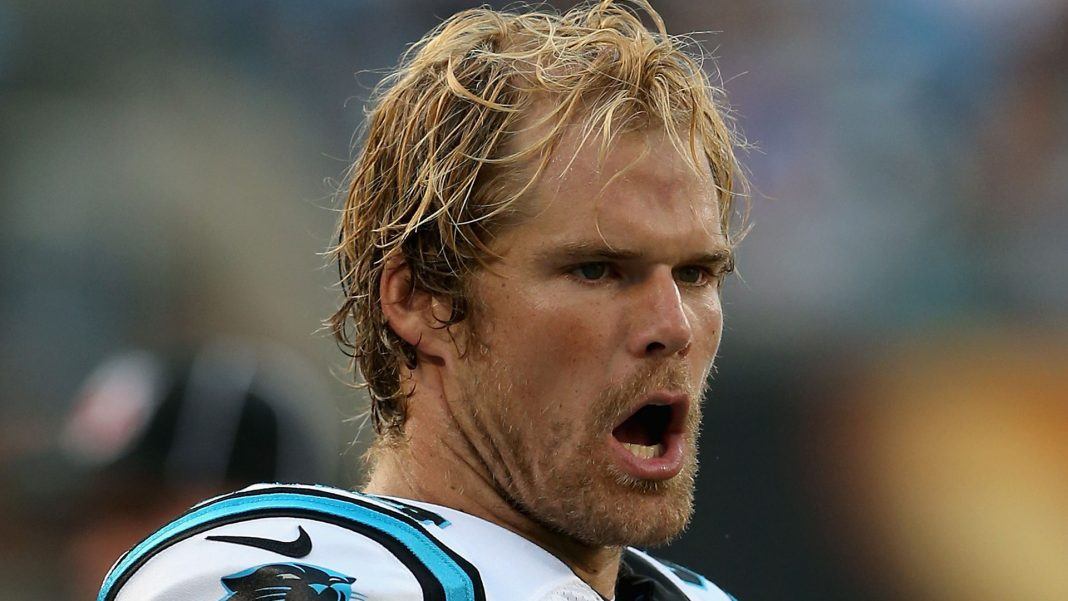 On Tuesday, Carolina Panthers tight end Greg Olsen returned to training camp claiming to have learned a major lesson about being on a team.

The 32-year-old Olsen has two years left on his contract, but has outplayed his current deal, becoming the first tight end in NFL history with three consecutive 1,000-yard seasons. He was voted second-team All-Pro in 2015 and 2016.

Olsen contemplated holding out for more money but ultimately decided against it. 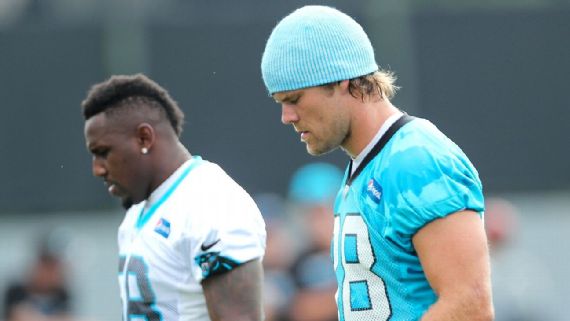 “I just didn’t feel it was right for me to put my situation and my own personal interests above that of the team,” Olsen said as players checked into their dorm rooms at Wofford College. “If I don’t show up today and cause a big stink, what would have come of that was just not fair to everybody, from ownership to the last guy on the roster. It’s not something I wanted to be a part of when it came down to it. It’s not who I am.”

Olsen caught 80 passes for 1,073 yards and three touchdowns last season. He has 32 TD catches in six seasons with the Panthers.

“We feel very strongly about what we have been able to accomplish these last couple of years,” Olsen said.

It’s unclear when Olsen will get a new deal.

Carolina recently shook up its front office, firing general manager Dave Gettleman and replacing him with Marty Hurney on an interim basis. The decision was made, in part, because Gettleman didn’t grant contract extensions to Olsen and linebacker Thomas Davis, two of Carolina’s most popular players.

Olsen has a better working relationship with Hurney, who was responsible for bringing him to Carolina via trade in 2011 when he was the full-time GM.

Olsen said he met with Hurney after he was hired, that they had a “good talk” and understand each other’s positioning on contract negotiations. But despite the change in the front office, Olsen said he’s been given “no promises” a deal will be worked out anytime soon.

With Olsen having two years left the Panthers may be more inclined to wait lest they set a precedent through which other players with multiple years remaining on their contracts begin asking for new deals.

Davis, who also reported to training camp on time, is more likely to get an extension because he has one year left on his contract. Davis was not immediately available for interviews.

Olsen said holding out was something he and his representatives discussed over the last month, but in the end, he felt it wasn’t right to try to force the Panthers’ hand.

“What we tried to do was no different than what happens around the league,” Olsen said. “It’s very common business for players and management to go back and forth and try to find common ground. … We gave it a run, it didn’t work out, and now I play out my contract and try to win a Super Bowl.”

Former Panthers offensive tackle Michael Oher recently suggested on Instagram that some players in the locker room were responsible for Gettleman being fired, and warned that karma would come back to get them.

Olsen said he had a good relationship with Gettleman, although he added that they didn’t always see eye to eye.

“As far as any personal grudges or animosity that brewed from all of this was just not the case,” Olsen said.

The Panthers have added several veterans to their roster this offseason, including defensive end Julius Peppers, left tackle Matt Kalil, cornerback Captain Munnerlyn and safety Mike Adams. Carolina went to the Super Bowl after the 2015 season but lost 24-10 to the Denver Broncos.

Injuries and inconsistent play by quarterback Cam Newton contributed to a 6-10 record last year. Newton, the league’s MVP in 2015, is coming off shoulder surgery this offseason but is expected to throw at training camp.

“Everybody has been working real hard,” said veteran safety Kurt Coleman. “Now it’s about staying healthy and building that chemistry.” 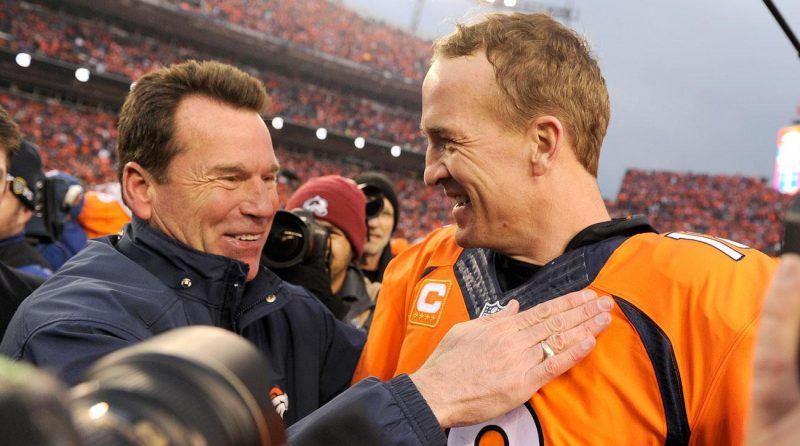 Gary Kubiak’s separation from the NFL is over.

Kubiak is returning to the Denver Broncos in a scouting capacity seven months after stepping down as their head coach over health concerns.

Kubiak will serve as a senior personnel adviser, scouting college and pro players. He’ll be based out of his Houston home and make periodic trips to Broncos headquarters for personnel meetings, general manager John Elway said Tuesday.

“With as much experience as he has evaluating players, Gary’s going to be a tremendous resource for our personnel department,” Elway said. “He’ll primarily help on the college side and assist us in free agency as well.”

It’s just the kind of fit Kubiak had in mind at his retirement news conference when he said he still had a passion for the game even though he could no longer tolerate the rigors of being an NFL head coach.

“I’m getting out of coaching, but I have a lot to give,” Kubiak said at his farewell news conference on Jan. 2. “I’m going to find something else to do and I’m going to wake up with that same passion and do that.”

Kubiak went 24-11 in two seasons as Broncos head coach, guiding the team to a win over Carolina in Super Bowl 50 in his first season. Kubiak suffered a complex migraine last season and turned over offensive play-calling duties to his staff. He retired after the Broncos finished 9-7 and missed the playoffs, and Elway hired first-time head coach Vance Joseph, a Kubiak protege, as his replacement.

Kubiak went 87-77 in his decade as an NFL head coach, including eight seasons in Houston, where he suffered a mini-stroke at halftime of a game against Indianapolis in 2013.

In a statement, Kubiak called it an honor to “continue to be part of this great organization.”

“I said when I left that I still wanted to be involved in football,” Kubiak said. “This gives me an opportunity to be involved with the game, and I’m excited to get to work.” 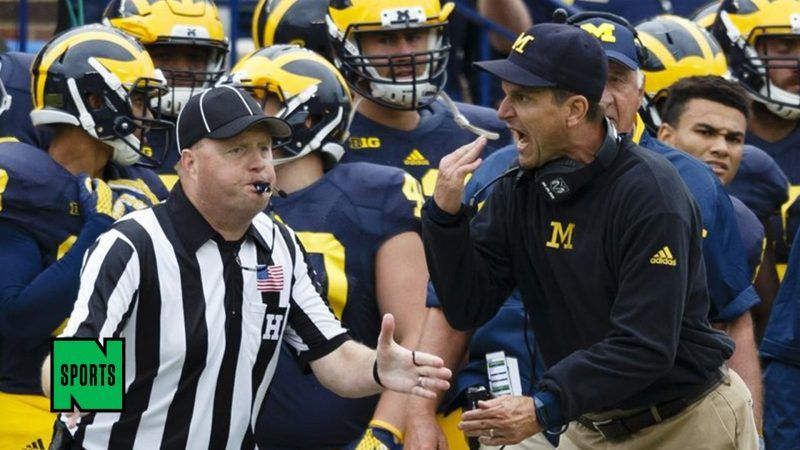 The rest of you Big Ten coaches, too.

Conference officials are tired of coaches who treat the sideline like a stage and rage like Hamlet over calls they don’t like – and they’re prepared, finally, to do something about it.

Of the several rules changes in store for the 2017 season, stricter enforcement of the coach’s box may have the greatest impact of all. Violators are subject to a 15-yard unsportsmanlike conduct penalties.

“We wouldn’t take a tenth of what some coaches do and say from a player, and this is the adult in the game setting the example,” coordinator of officials Bill Carollo said Tuesday at Big Ten media days.

“That’s kind of our thinking – ‘Know what? We should enforce this, but we have to do it consistently,'” he added. “Big games, coaches, I don’t care who they are. It doesn’t matter.”

The consensus was that coaches literally crossed the line to make their points too often last season.

“It has gotten to the point that (coaches) are holding court outside the numbers,” Carollo said. “If they do get a flag, they stay out there and say ‘What’s the call?’ We were too easy on the rule. Across the country, it got really bad.”

The subject came to light most notably in the Michigan-Ohio State game last November, when an irate Harbaugh slammed his headset to the ground and threw a play sheet so far it ended up in the middle of the field. He accused the sideline official of being too preoccupied with his whereabouts on the field, among his critical postgame comments that drew a $10,000 fine.

“If we do it right, the most significant difference will be the coach on the field,” Carollo said. “I was really clear to our guys, ‘I’m just telling you, we’ve pledged to each other that we’re going to call this consistently.’ They have the marching orders. They’re going to flag this. It will clean up the game a little bit. That’s good.”