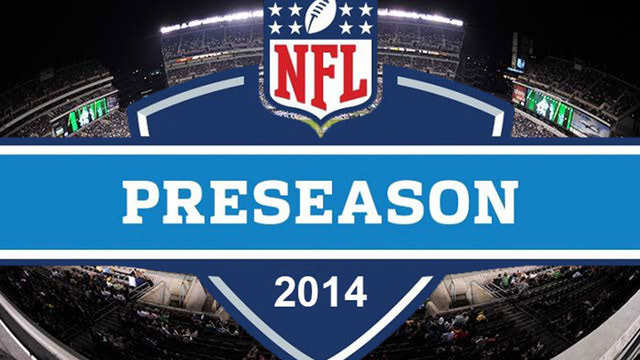 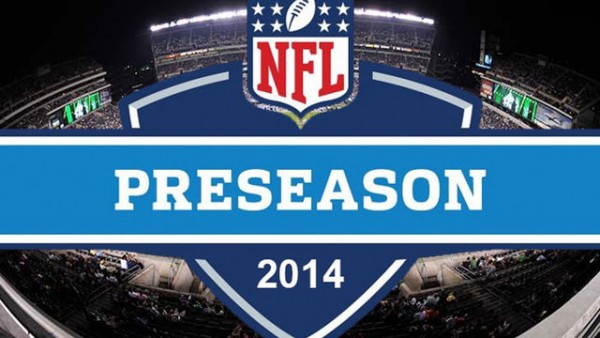 I find myself really excited about preseason NFL football right before it gets rolling. After week one is nice to have some football to talk about. We all know it isn’t “real football”, but there are guys dressed like football players using an actual football. And it is something to watch on TV, which is sorely lacking in the summer time. Unless you like watching an 842 game baseball season, you are as deprived as me when it comes to quality television. HBO being the exception.

After week two of NFL exhibition games, I start to lose my enthusiasm. I start checking the college football schedule for some upcoming games which will be “real ones”. Tomorrow night starts up college football in case you are unaware, which I doubt. I still try to watch all the preseason action possible. I don’t want to miss anything. But basically I try to see what I can of the starters and sort of listen to the game in the background after the third string makes their way to the field.

There were some big happenings after week three of the preseason though. The main story has to beSam Bradford going down with another ACL injury. The Rams’ starting QB missed most of last year with the same injury on the same leg. That is an awful turn of events for the team clearly, not to mention for Bradford himself. His days are most likely over as a starting QB in The National Football League. His confidence in his body is shot I am sure. If not, any team’s confidence in his body is surely non-existent. This guy had a stellar career at Oklahoma, and while I wasn’t high on him as a pro, I hate to see him go out this way. The Rams and their fan base had such high hopes after Bradford’s rookie year. Those hopes are gone forever. They now face a long season of mediocrity ahead. If they are lucky, they will lose about 13 games. That sounds crazy, but an awful season would put them in position to replace Bradford with a high draft pick. A mediocre season will not help them in that area.

With week four of the preseason, we will now see some unspectacular games with guys that may not be around much longer. Final cuts will be made. That means some guys will be working at Home Depot and doing construction in a few more weeks. The bright lights of the NFL will be replaced with reality. Not all stories can go the way of a Kurt Warner. From grocery store worker to Super Bowl MVP was a once in a lifetime event. Most players who are undrafted and not expected to make a roster, simply go back to real life. The NFL is a fantasy world to many of the players we have seen over the past three weeks.

If week four does hold any allure, it may be the Seahawks versus the Raiders game. The Seahawks have played the preseason like it was a play-in tournament to see who gets to play 16 regular season games. I don’t know if that is a great idea from an injury standpoint, having Russell Wilson running for scores and the like. But as we saw with Bradford, an injury can happen at anytime, no matter what level of effort the team is going for in a game. The good news is that the regular season is just one week and a day away. To quote Bart Scott, “Can’t Wait”!