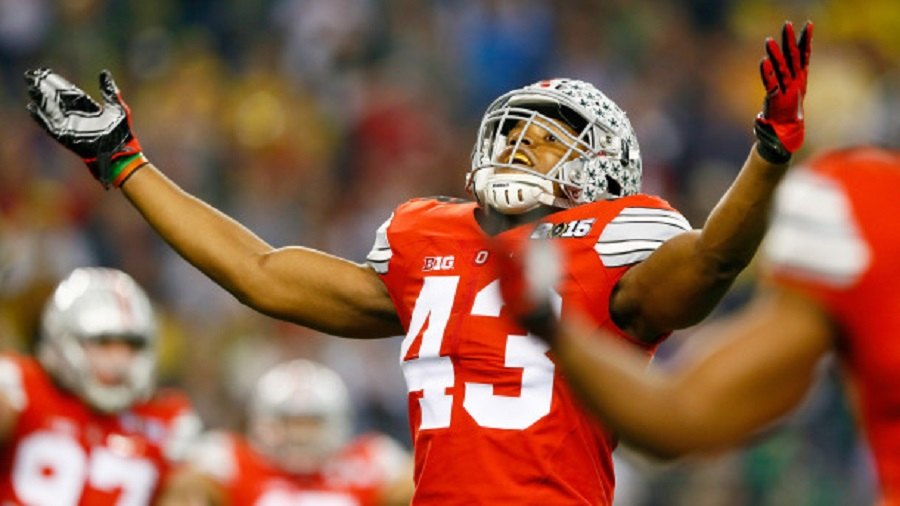 New York Jets first round linebacker Darron Lee is one of only four remaining first-round selections who have not signed with their team yet; however, things may change soon when his manager official starts July 27.

“He calls me his ‘mom-ager,’” said Candice Lee.

That’s right, Darron’s mom is leaving her TV reporting job with NBC’s affiliate in Columbus, Ohio, to manage her son’s NFL career full time. Well, that, and, now that the Ohio State superstar will be playing his football games in the Big Apple, mom will need to keep her weekends free.

“I want to be there for many of his games and working weekends would not be conducive to traveling to see him play,” said Candice, the weekend news anchor for WCHM-TV in Columbus. “Plus, it was time. I have been in the business for 19 years.”

Candice put in her 90-day notice after her son was drafted back in April. She will now manage her son’s career and off-the-field endorsements, and, presumably, the signing of his $10.2 million rookie contract.

Candice isn’t the first Ohio State mom to find a career change in her son’s newfound stardom. Annie Apple, the mother of New York Giants first-round cornerback Eli Apple, earned herself a job with ESPN thanks to her boisterous personality, interviews, and social media presence. NFL Commissioner Roger Goodell even sent her a plate of brownies.

“Annie caught our attention during the NFL Draft,” said senior producer for ESPN’s NFL studio shows, Seth Markman. “When we met her in-person at ESPN, we were blown away by her relatability, her sense of humor, and just how unafraid she is to speak her mind. Annie brings a very unique perspective as the mother of a current NFL player and as a fan, and we look forward to exploring a variety of different story ideas with her on Sunday NFL Countdown.”

In case you forgot, Annie called her son Eli the “black Eli Manning.” Now, she’ll be a voice for outspoken sports moms everywhere.