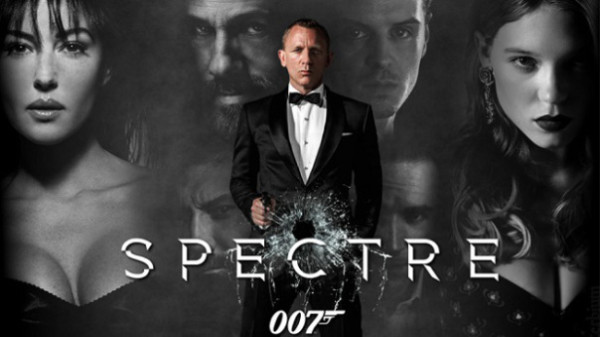 The trailer for the newest James Bond movie Spectre is out, and it is filled with action, suspense, Bond girls, and of course, the mysterious demeanor that Bond has become known for. There’s also a new clip from the film which shows there’ll be quite a bit of conflict between Max Denbigh (Andrew Scott), the new head of the Centre for National Security and M (Ralph Fiennes). The new head has decided to put the 00 program out of business even though Christoph Waltz (Oberhauser) has got his baddie organization SPECTRE up to no good.

The trailer begins by showing a shot of M16, which was partially destroyed during Skyfall, which infers that the new movie will be continuing the storyline from right where the last one left off. This is unusual for a Bond film, as in the past, they have usually been relatively stand-alone movies.

It continues on to show Moneypenny, played once again by Naomie Harris, handing Bond some of his personal belongings that were recovered from his childhood home that was destroyed at the end of the last movie. When doing so she is heard saying, “You’ve got a secret.”

The trailer then shows a shot in Rome, where Lucia Sciarra (Monica Bellucci) is attending a funeral. Reports speculate that the funeral being shown is for Marco Sciarra, who is not only Lucia’s brother but also an Italian assassin that Bond fights and possibly kills early in the film.

The actress playing Lucia, Monica Bellucci has made some headlines herself, as she is the oldest woman to play a Bond girl. Although you wouldn’t be able to tell, Bellucci is 50-years-old and. Therefore, many people were surprised by the casting. Even Bellucci admitted her first thought when she received news was, ‘How can I be a Bond girl at 50?”

Of course, what is a bond trailer without at least one cool car? The trailer gives a glimpse of the newest Bond vehicle, which is the incredibly sleek Aston Martin DB10 that was specifically designed for the movie.

About a minute into the trailer, Bond is shown putting down a ring with the Spectre logo on it on a chessboard. On the other side of the board is Mr. White, played by Jesper Christensen. Jesper’s character also appeared in Casino Royale and Quantum of Solace. The trailer makes it seem as though Mr. White’s organization Quantum and the new organization Spectre has somewhat partnered up. Dramatically, Mr. White tells Bond he is “a kite dancing in a hurricane.”

RELATED NEWS
'10 Days In A Madhouse' Brings Back Nellie Bly

Finally, towards the end of the trailer is the big reveal. The theme music begins playing as James walks into a room, where audiences can only see the shadow of a man. However, Christoph Waltz’s villainous tone is unmistakable. Waltz is credited as the character Oberhauser in Spectre. Christoph ends the trailer with saying, “Welcome James, It’s been a long-time.” Since this is atypical (as James is often referred to as Mr. Bond), some people have begun speculating that there is a childhood connection between Bond and Oberhauser.

Overall, the trailer is just what you would expect from a Bond movie. However, the films continue to up the ante when it comes to visual appeal. (Note: the last Bond film, Skyfall, was nominated for an Academy Award for its cinematography).

So while I am naturally not a huge Bond fan, the only aspect that is really drawing me in is seeing Christoph Waltz’s portrayal of the latest Bond villain. A sneak peak of the film shows Oberhauser (Waltz) telling Bond that he is the “author of [his] pain,” therefore it seems he will somehow become intertwined in all of the Daniel Craig era of Bond.

In addition, Daniel Craig did reveal in an interview to UK’s version of Esquire that he was unsure whether he would be returning as Bond after Spectre. Daniel claimed, “I really don’t know. Honestly, I’m not trying to be coy. At the moment, I can’t even conceive it.”

Since then controversy has surrounded the next casting of James Bond, as the latest Bond author Anthony Horowitz said that the leading candidate Idris Elba was “too street” to play Bond. Although Anthony has apologized for his comments, it has definitely shown that Craig’s replacement spot is still very much up in the air.

The film stays very true to the classic Bond movies, but it does bring in a few new elements, including a more mature Bond girl and a seemingly intertwined villain.

Considering the massive budget for the film, I am sure it will completely deliver on action, explosions and suspense. However, I am guessing those who are already part of the Bond fandom will get the most out of the story. Those looking in from the outside (aka me) will most likely see a film that looks all too similar to its predecessors.

You can catch Daniel Craig (possibly for the last time) as Bond in Spectre in theatres on October 26, 2015. It won’t hit U.S. theaters until November 6, 2015 though. 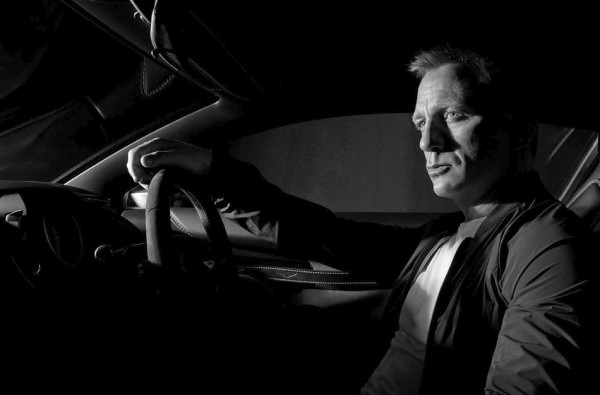