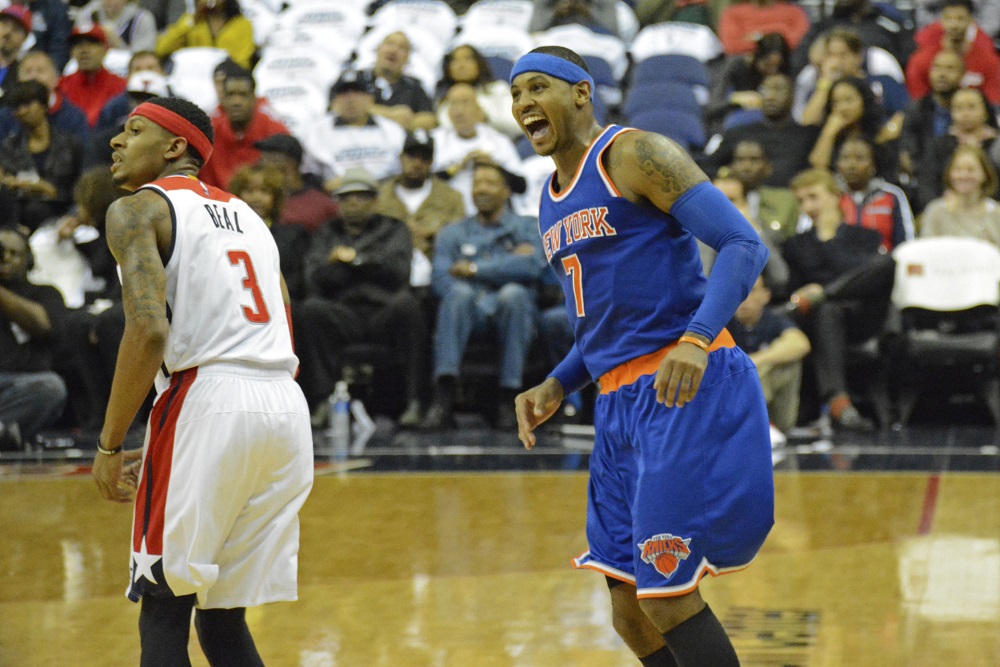 Bradley Beal, who is in the middle of one of the best seasons of his career, doesn’t understand why Melo was nominated over him. After all, the Washington Wizards are doing much better than the Knicks.

“I’ll never say a player doesn’t deserve to be on the All-Star team,” began Beal, unhappy to be looked over for the game. “For one, Carmelo is a great player. Hell, he’s been one of the best offensive threats in the league for years now, and I’m taking absolutely nothing away from him. But the process of it does not make sense. If they reward winning, then I don’t understand how the decision was made. It was kind of weird to me.”

NBA coaches vote on All-Star reserves in January, and the commissioner usually gives the next player up the nod if one or more All-Stars can’t play. That list isn’t public, but the fan voting is, and while Anthony received 544,133 votes, Beal managed a mere 48,243.

So, why was Carmelo given the nod over Beal? Because the fans want to see the biggest names in the NBA on the court Sunday. Beal just isn’t there yet despite a good year. However, if it’s any consolation, Bradley, Carmelo isn’t overly thrilled about the selection either.

“It was a downer,” said Carmelo when asked about getting the nod to replace Love. “I had to cancel my trip, and there’s no refund. I can’t get my refund back.”

Anthony has now accepted his vacation-less fate after his family told him to enjoy the moment. After all, between Mardi Gras and the All-Star Game, New Orleans is the place to be right now.

“I’m still excited about it,” continued Anthony. “Still realize what a big deal it is.”

He’ll catch a few parades and get over it. Beal will be stuck watching the festivities from his living room until he gets his name up.