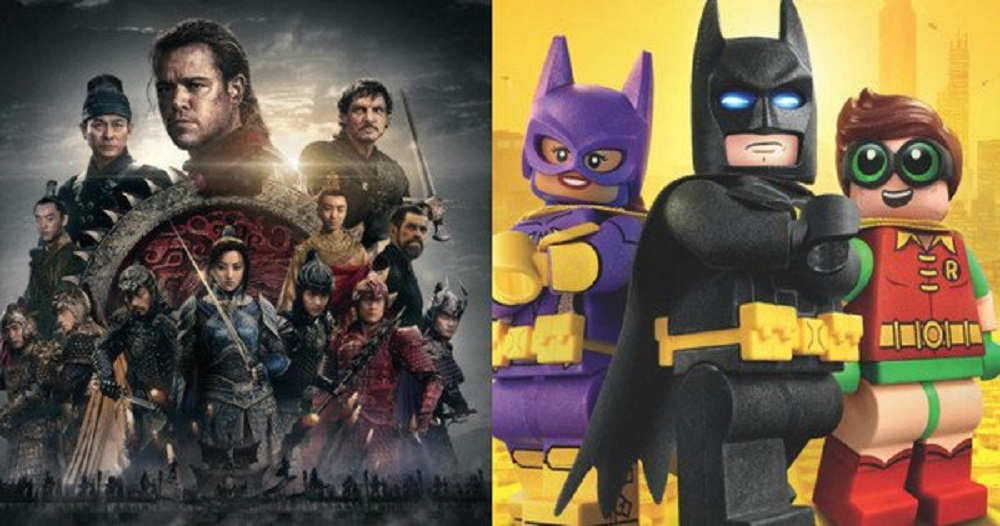 The holiday weekend is looking like a repeat of last week as “Lego Batman” remains at the box office top spot while “Fifty Shades Darker” keeps its number 2 sport. Matt Damon‘s “The Great Wall” was kept at bay in third place.

While “The Great Wall” was a hit in China, it proved to be quite the dud here in North America.

The most expensive film ever made in China and with a budget of $150 million, “The Great Wall” was intended to prove that the world’s no. 2 movie marketplace could produce Hollywood-sized blockbusters of its own. Though it ran up $171 million in ticket sales in China, “The Great Wall” pulled in $18.1 million in its North American debut over Presidents Day weekend, according to studio estimates Sunday.

Slammed by critics, “The Great Wall” didn’t measure up to its initial ambitions. It was produced by Legendary Entertainment, which has since been acquired by Chinese conglomerate Wanda Group. The film, directed by Zhang Yimou, originated with an idea by Legendary chief executive Thomas Tull, who exited the company last month.

But “The Great Wall” isn’t a bomb. It has made $244.6 million overseas and performed over the weekend in North America slightly better than some pundits expected.

“This is absolutely a strategy that’s worldwide,” said Nick Carpou, distribution chief for Universal. “Worldwide, we are one of many markets.”

More East-West productions like “The Great Wall” are sure to follow. Studios already regularly partner with Chinese film companies on everything from “Transformers: Age of Extinction” to “Warcraft,” a flop in the U.S. and Canada with $47.4 million, but a $220.8 million hit in China.

Films like “The Great Wall” and “Warcraft,” however, prove that finding the right balance between American and Chinese tastes remains a difficult balancing act.

For Paul Dergarabedian, senior media analyst for comScore, the more significant factor for “The Great Wall” wasn’t its multi-national origins but its Rotten Tomatoes rating: a dismal 36 percent “fresh.”

“Just like every movie irrespective of country of origin, reviews matter,” said Dergarabedian. “Audiences only care about the movie. They don’t necessary care where it came from.”

And Gore Verbinski’s gothic horror “A Cure for Wellness” – his follow-up to the box-office bomb “The Lone Ranger” – made just $4.2 million, a result that won’t help the director’s standing in the industry. On Friday, Fox apologized for using fake news stories to promote the film.

Estimated ticket sales for Friday through Sunday at U.S. and Canadian theaters, according to comScore. Where available, the latest international numbers also are included. Final four-day domestic figures will be released Tuesday. 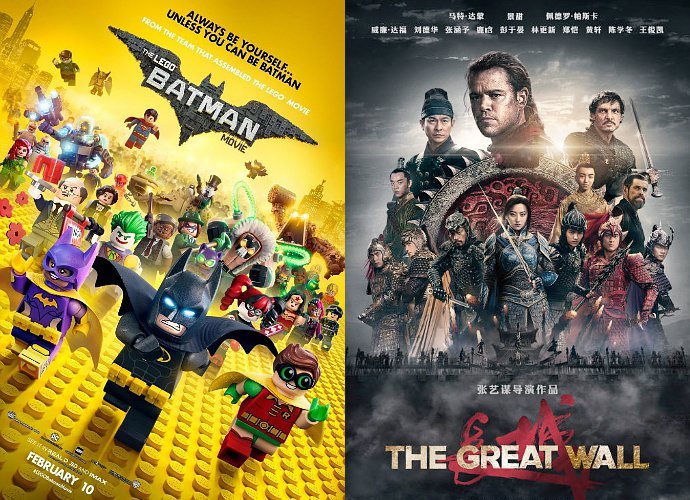