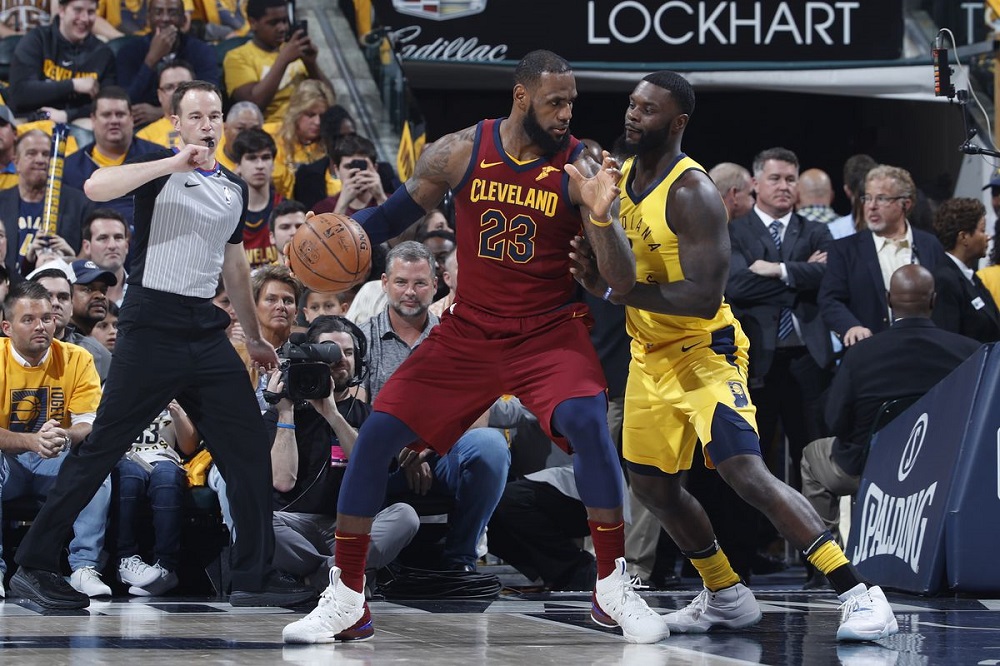 The Cleveland Cavaliers aren’t off to the start they were hoping for in the 2018 NBA Playoffs. The Cavs, which have represented the NBA Eastern Conference in each of the last three NBA Finals against the Golden State Warriors have found themselves struggling to get out of the first round of the playoffs as they battle the Indiana Pacers.

The Pacers took Game One in Cleveland and Game Three in Indiana. The Cavs took Game Two and stole Game Four. The series is tied 2-2 heading back to Cleveland, but it doesn’t look good for the Cavs. Even if they are able to make it past the Pacers, they certainly don’t have much footing to stand on for the Eastern Conference Semifinals.

The problem is—as the problem has been for the Cavaliers throughout, well, basically their entire franchise history—that if LeBron isn’t putting up 50 every single night, the rest of the team has trouble trying to fill in at all.

The offense has struggled this postseason, currently ranking 15th out of 16 NBA playoff teams after finishing the regular season No. 5. After the Pacers came back from down 17 to take Game Three, LeBron refused to throw his teammates under the bus, but we all know what the real problem is.

“What are you guys looking for?” said LeBron after the Game Three loss. “Are you guys thinking I’m going to throw my teammates under the bus? No, I’m not about that. Guys just got to play better, including myself. [I had six] turnovers tonight. I was horrible in the third quarter, couldn’t make a shot. If I make some better plays in the third quarter, then the lead doesn’t slip. We know we all have to play better as a collective group.”

While LeBron can’t tell us what he’s really thinking in front of the camera where his teammates could then see it, we all know that he isn’t happy with the team as it stands right now. Let’s face it, if LeBron believed in this squad, rumors of his departure from Cleveland wouldn’t be swirling constantly. It’s going to be even harder for Cleveland to try to convince him to stay put if they can’t even manage to make it out of the first round of the playoffs.

Fortunately for Cleveland, they managed to come back and take Game Four in Indiana to avoid sinking to a 1-3 deficit in the series; however, the same problems are still present, namely that the team can’t do much without LeBron. In Game Four, in fact, they needed LeBron so desperately that he was kept in all game.

James is now sitting on a playoff-leading 172 minutes through four games (an average of 43 minutes per game) to go with his 130 points (second most in the playoffs so far). And even with his constant efforts in Game Four, it was an extremely close game, 104-100.

Much like Game Three, LeBron didn’t have a terrific third quarter. You would think the halftime rest (his only rest in Game Four) would help, but, quite the opposite, it seems to be throwing off his rhythm.

“Just trying to save pockets of energy throughout, especially the second half when I know it’s going to be a possession game,” said James. “Both teams are playing equal basketball, both teams are playing very well defensively, so just trying to save pockets of energy when I know I’m going to be needed offensively to kind of make a play not only for myself but for my teammates.”

Of course, LeBron can’t be expected to play all 48 minutes of every game in the NBA playoffs. That would be absurd (although he did lead the NBA in minutes this season, the first of his career in which he played in all 82 games). But the Cavs haven’t been able to find James even a little bit of rest so far this series as the rest of the team fails to pick up and carry any of the weight for LeBron.

“I’m expected to just go out and just try to help our team win,” said LeBron. “Every game is different. I know coach Lue, and the coaching staff would love to get me a couple minutes here and there. I would love to get a couple minutes here and there to keep me fresh. Tonight didn’t give us that opportunity, so, every game is different. We’ll see what happens in Game Five.”

Does LeBron have enough left in the tank to get the Cavs throw the first round of the playoffs? More importantly, does he have enough to get them any further assuming they can pull it off against the Pacers? Because right now, he isn’t receiving much help from anyone else.