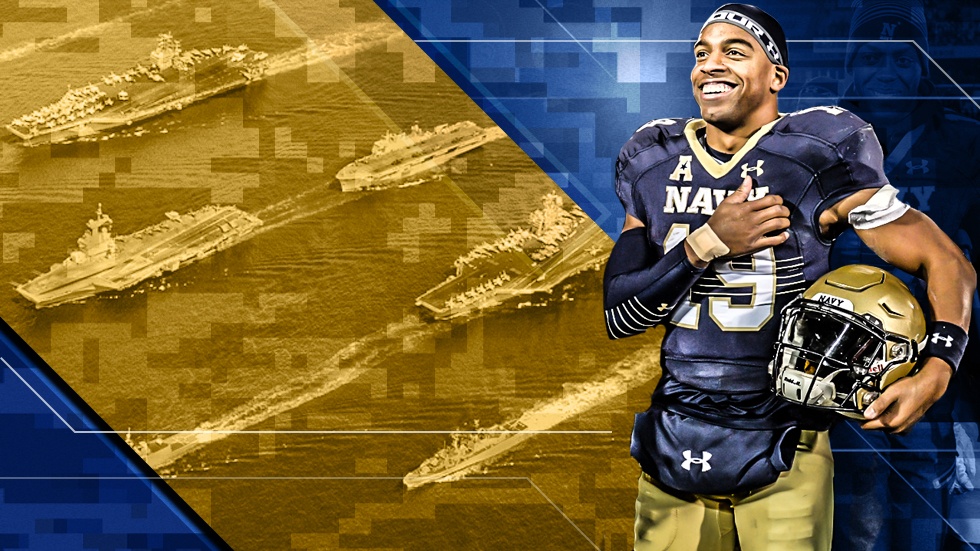 Navy Quarterback Keenan Reynolds Willing to Change Positions for a Shot in the NFL, Should the Navy Allow It

After one of the greatest football careers in NCAA history, Navy quarterback Keenan Reynolds faces a bit of uncertainty regarding his future in the sport. Reynolds owns the Division I record with 88 career touchdowns; however, an NFL career is anything but guaranteed for the dual-threat QB.

Over the course of his collegiate career, Reynolds has made his fame as a run-first quarterback. While that may have allowed him to stick out in college, it won’t make an already-difficult transition to professional football any easier.

First, there’s the question of whether or not Reynolds is ready to play in the NFL as a quarterback. Unlike some others (talking to you, Tim Tebow), Reynolds has said he would be satisfied with a transition to wide receiver or running back to make it work.

And then there’s the looming possibility that the Navy will require he complete his service obligation before being allowed to enter the NFL, but Reynolds seems confident that he will be able to work out an agreement with them to live out his NFL dream. If not, he’s content with the choice he made.

“That’s definitely up to the Navy,” said Reynolds. “We have to meet. But I’m happy either way. I know what I signed up for, and service is paramount. If I get my opportunity to do both, then so be it. If not and they want me to do what I signed up to do, do my time first, then so be it as well. I knew what I was getting myself into when I came here.”

Service academies tend to go back and forth regarding their student athletes. Joe Cardona, a teammate of Reynolds at Navy, was drafted by the New England Patriots last season, and the Navy allowed him to play all 16 games with the team this season. The Navy could, however, require Reynolds to serve as many as five years as an active member of the branch before he is allowed to play in the NFL.

Either way, it sure puts NFL teams considering Reynolds in an awkward position.