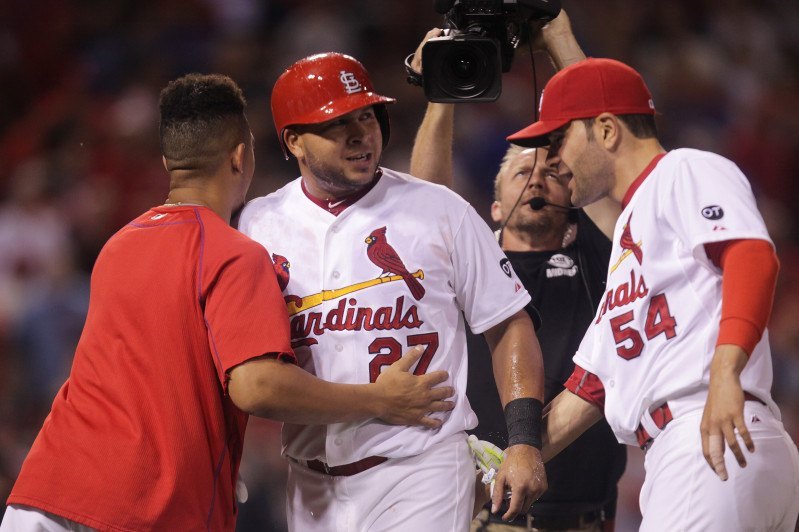 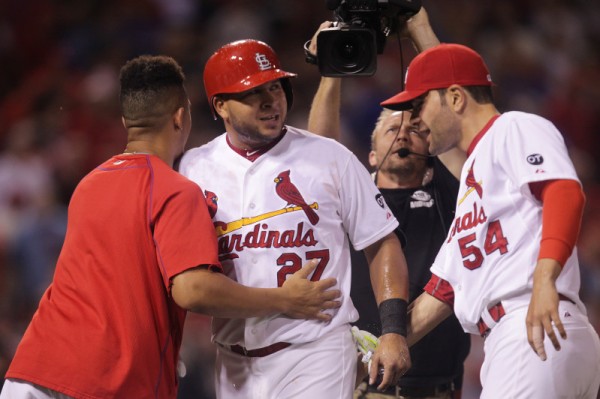 Following the Cardinals in the National League Central sits the Pittsburgh Pirates at 65-44 and the Chicago Cubs at 62-48. While the Central continues to dominate the National League the New York Mets currently have found a way to hold on to the top spot in the East. Meanwhile out West the Los Angeles Dodgers currently hold on to the top spot with a three game lead over the San Francisco Giants.

The one question we continue to ask ourselves is how long could the National League Central be the dominate division? As we start to look at each of these three top teams they are filled with talent starting with the likes of dominate young starters in Michael Wacha and Carlos Martinez in St. Louis.

Move up to Chicago, you have one of the best young nucleus in all of baseball built around stars like Anthony Rizzo and Kris Bryant. Then in Pittsburgh you have former MVP Andrew McCutchen with other stars like Starling Marte, Jung Ho Kang and Gerrit Cole.

Now we will take a look at each of the three National League Divisions as well as how each team has played over the past week.

East Division: The National League East continues to be a surprise to us as the New York Mets currently sit at top the division not the Washington Nationals. This comes after each of these teams have went in a different path over there past ten games. This allowed the Mets to move back up the standings while the Nationals fell back to second place.

The Mets are currently 7-3 over their last ten games while the Nationals have picked up just three wins in there last ten. For the Mets their success started over last weekend sweeping the Nationals. That success continued top open the week as the Mets swept the Miami Marlins behind two strong pitching performances. After picking up the sweep the Mets picked up game 1 against the Tampa Bay Rays before losing back to back games over the weekend.

For the Nationals the success wasn’t the same this past week as the team managed to split a four game series with the Arizona Diamondbacks. Following the split, the Nationals weren’t able to take care of the last place Colorado Rockies at home over the weekend losing two of three.

While the top two teams continue to battle it out for the division, the hottest team in the National League since the All-Star break may be the Philadelphia Phillies. The Phillies have been red hot winning three straight heading into Monday and seven of their past ten games.

Central Division: In what might be the best division in all of baseball the St. Louis Cardinals continue to hold down the top spot with a five game lead over the second place Pittsburgh Pirates. That being said the top three teams in the National League Central have the best three records in all of the National League.

Along with the 71-40 Cardinals, the Pirates currently sit at 65-44 followed by the red hot Chicago Cubs who sit at 62-48. When you look around baseball you don’t see any other division with three teams at least ten games five hundred but in this division these three teams are at least 14 game above that mark.

The success continued to roll along for these three teams over the past ten games as the Cardinals and Pirates both took seven of ten while the Cubs picked up nine wins over that mark. Both the Pirates and Cubs are currently riding four game winning streaks heading into Monday Nights action around the Major League.

For the Cubs, this past week was a key one for the squad splitting a rain shortned three game series with the Pirates before welcoming the San Francisco Giants to town four a four game series. In the end the Cubs walked away with four straight wins allowing just 13 runs over the four games while there offense managed to score 22 runs.

The question we continue to ask ourselves is how long will this division be the best in baseball? You start to look at the young talent starting with the likes of Michael Wacha, Carlos Martinez, Gerrit Cole, Andrew McCutchen and Kris Bryant just to name a few you start to think for a very long time.

West Division: Out West the Los Angeles Dodgers continue to hold on the top spot much like the Cardinals have done in the Central. That being said neither the Dodgers or the Giants have played well of late. The Dodgers are riding a three game losing streak while the Giants are coming off a four game sweep to the Cubs.

That sweep came at a bad time for the Giants who only trail the Dodgers by three games for first place. Each of these teams also had a difficult time over the weekend facing off against the National League Central. The Giants who struggled with the Cubs while the Dodgers were swept by the Pirates in a three game series.

Luckily for Dodgers they were able to take two of three against the Phillies to open the week. The Giants also took care of business to open the week after losing 9-8 on Monday in extra innings to the Atlanta Braves. The Giants pitching staff was able to hold the Braves to just four runs in the final two games of the series.

Meanwhile the bottom three teams continue to struggle to play themselves back into the division. The Diamondbacks are at 54-56 followed by the San Diego Padres at 52-60 and the Colorado Rockies at 47-62. Overall all three of these teams have been a big disappointment this season.

Will all the first place teams hold on to the top spot at the end of the 2015 Major League Baseball season.