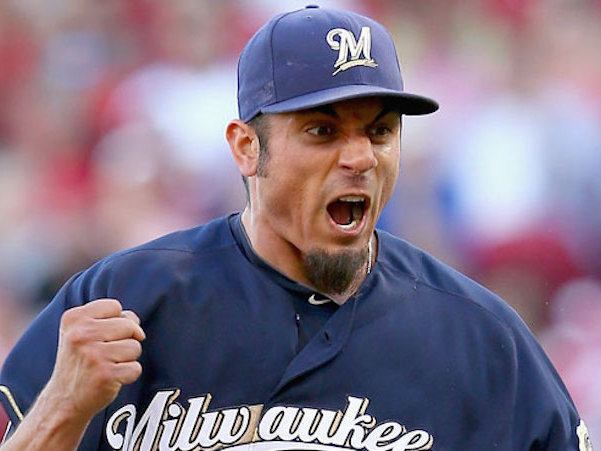 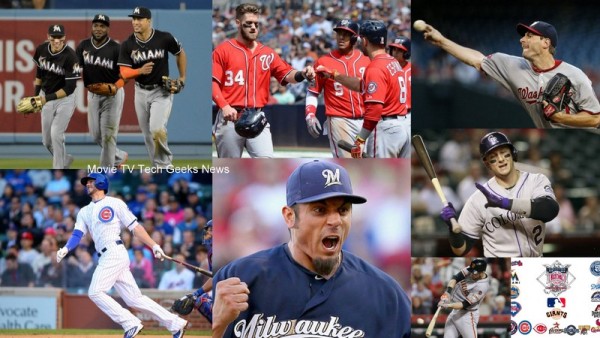 The Major League Baseball season is only a little over a month in but the firewoks have already begun for the National League. The latest firework to go off was down in Miami as the Marlins elected to fire Mike Redmond after the team lost four straight games and dropped to 16-23 on the season.

Before you start to think we are throwing the players on the losers list just slow down. The players won’t find themselves on this list despite the struggles from a few players as well as a bullpen that has blown eight saves on the season. The front office and owners land on our losers list this week.

While they might not be playing the front office and owner continues to put the Marlins in the news for all the bad moves. Yes the team was struggling but before you go firing the manager you need to take a little deeper look into the struggles. Was it Redmond’s fault the bullpen blew eight games? No, was it Redmond’s fault his top two pitchers have not been on the mound for him over the past two seasons?

That answer is no as well but if you still elect to fire him we can understand. The problem we have is to move your general manager down to manager to save you money? You’re telling me you have no one in the farm you could move up or on your bench. This is why this team continues to be one of the worst teams in the National League.

Here are the rest of the winners and losers around the National League League. 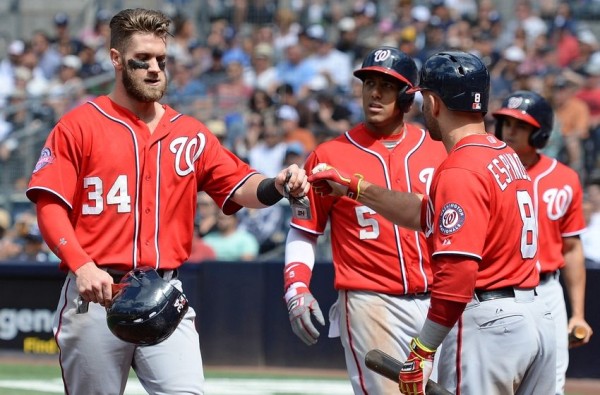 Washington Nationals: The Nationals are slowing fighting their way to the top of the National League East division. The latest stretch including winning five of seven games including two of three against the Arizona Diamondbacks before taking three of four against the Padres. All seven of these games came out West as the team was carried by strong pitching in all but three of those starts. 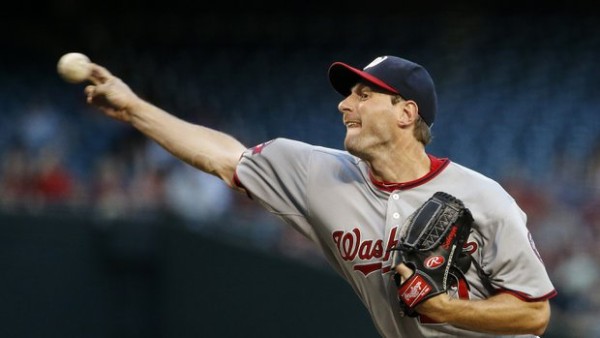 Max Scherzer, Washington Nationals: Some of the Nationals success belongs to Scherzer after another big week. The former Detroit Tigers starter made two starts picking up wins in each contest to improve his record to 4-3 on the year. In those two starts, Scherzer went 14 innings allowing just one earned run while striking out 17 batters. The solid outings helped lower his season earned run average to 1.75 after seeing it jump up to 2.11 just a little over a week ago. 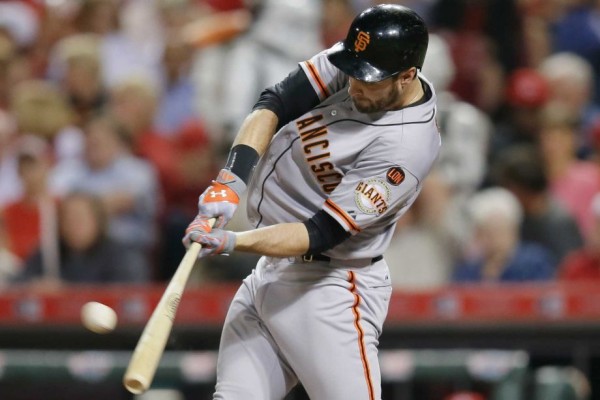 Brandon Belt, San Francisco Giants: Belt is one of a few Giants playing well of late helping the team find themselves in second place in the National League West division. Last week Belt started off slow picking up just one hit over his first 13 at bats before the weekend arrived. Then we saw an entirely different player as Belt picked up three straight games with three hits including a home run in each game. In those three games, Belt hit .643 with two doubles, three home runs, seven runs driven in, eight runs scored and a walk. 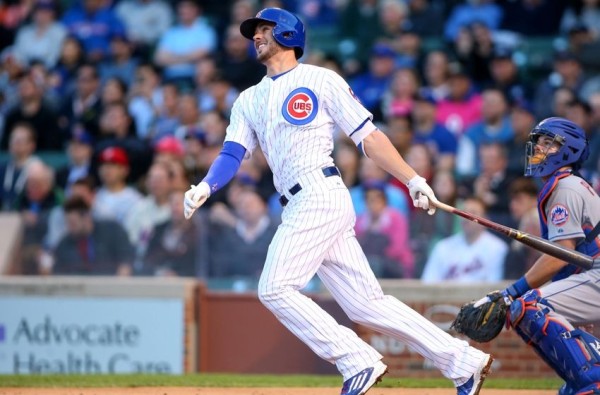 Kris Bryant, Chicago Cubs: For months we all sat back and waited to finally see the top prospect in the Cubs organization finally get his shot in the Majors. Now we all can see the hype around this kid despite seeing him struggle out of the gate. That being said Bryant has started to get hot of late hitting in all seven games the team played last week while picking up three home runs, eight runs driven in and seven walks. 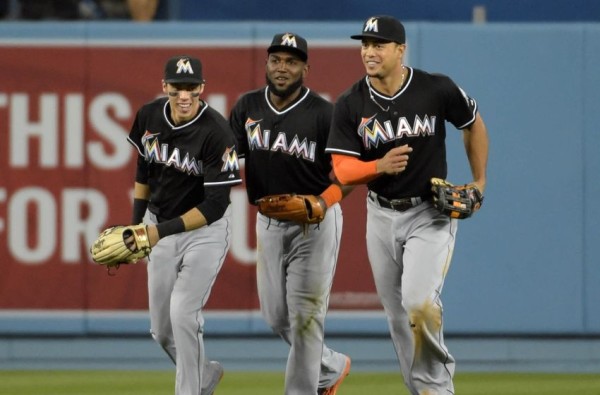 Miami Marlins: We could have listed a few players from this team including Michael Morse or Ichiro Suzuki on this list. That being said this organization at the top continues to make some bad decisions and it showed up again this week as they let go Mike Redmond go and then decided to move general manager Dan Jennings to the head coach position. Jennings who hasn’t coached a team since coaching a high school team has one bright spot to look forward to and that is Stanton. For Redmond it is hard to blame him for the teams bullpen struggles as they have blown eight games this season. 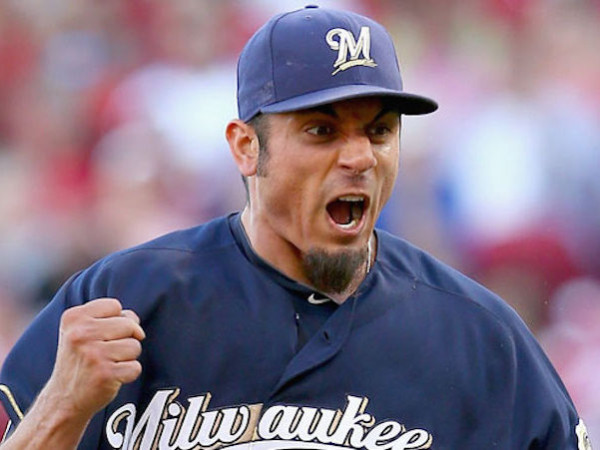 Matt Garza, Milwaukee Brewers: Not quite sure if there is anyone on this list that is warrant a spot on the winners list. This week Garza finds himself on our losers list after one of the worst starts we have seen from any starter this season. The Brewers veteran managed to get through only 3.1 innings while allowing 10 hit and 10 runs with just one home run. Garza struggled with his command walking three batters in route to falling to 2-5 on the season in eight games started. 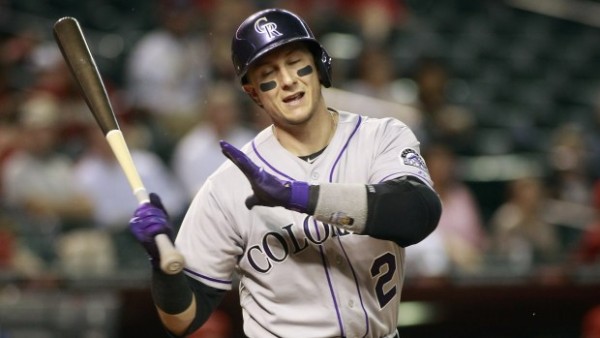 Troy Tulowitzki, Colorado Rockies: The games highest paid short stop continues to struggle this year while picking up just two home runs in his first 34 games. Add in the struggles of the Rockies and now we will hear his name in trade talks for the next eight weeks or so till the trade deadline shows up. Overall Tulowitzki is hitting .283 which isn’t bad around the game but the limited home runs have many concerned. Last week Tulowitzki appeared in four games for the club picking up just two hits in 15 at bats with only one run driven in. Once the Rockies elect to move on from the All-Star they will also find themselves on our losers list!