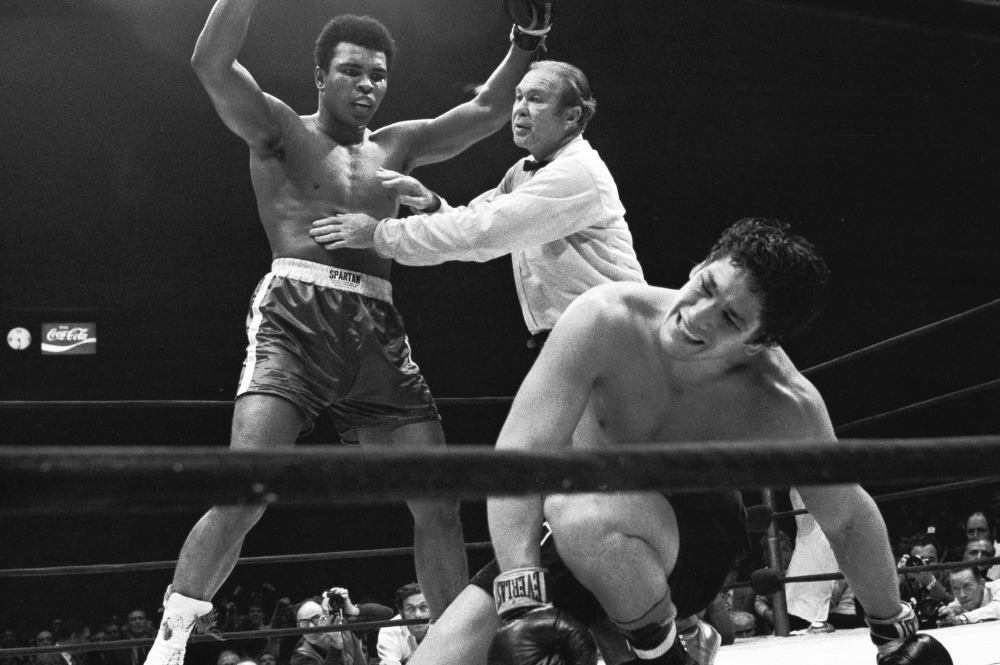 Muhammad Ali was an icon in every sense of the word, remembered for his political activism and philanthropy outside of the ring as well as for the legend he became in it. Perhaps Ali’s most underrated achievement, however, was breaking the color barrier in branding and promotion of athletes.

Ali became the first African-American athlete spokesman for a non-athletic product back in the late 1970s when he shot commercials for d-CON roach traps. Not exactly Nike, but it got Ali’s foot in the door, and it cleared the path for black athletes in other sports to market themselves. O.J. Simpson’s Hertz sponsorship, Julius Erving’s deal with ChapStick, Magic Johnson and 7-Up, all led up to Michael Jordan and LeBron James, who have been able to grow some of the largest apparel brands of all time.

“Today I can sit and go to China and make trips to China and all over the world and people know my name and know my face,” said LeBron in his extended tribute to Ali. “I give all credit to Muhammad Ali because he was the first global icon. He is the GOAT. He is the greatest of all time, and it has zero to do with his accomplishments inside the ring.”

Thanks to Ali, players are more than just basketball stars, they are entire empires. Everyone from Steph Curry to Kevin Durant has a shoe line, clothing, basketballs, and other accessories with their own logo and designs. No one did it better than Michael Jordan, whose Air Jordan line is still today one of Nike’s top brands.

“He’s a legend, not only in the ring but for his international stance for a lot of different things,” said Jordan. “He’s passed on a lot of legacy, a lot of opportunities to myself and other players in professional ranks that we have decided to extend on. We are fingers, and he certainly is a hand. It’s always great to meet those type of people.”

I think it’s safe to say that Ali’s legacy will long outlive him. RIP to one of the greatest.