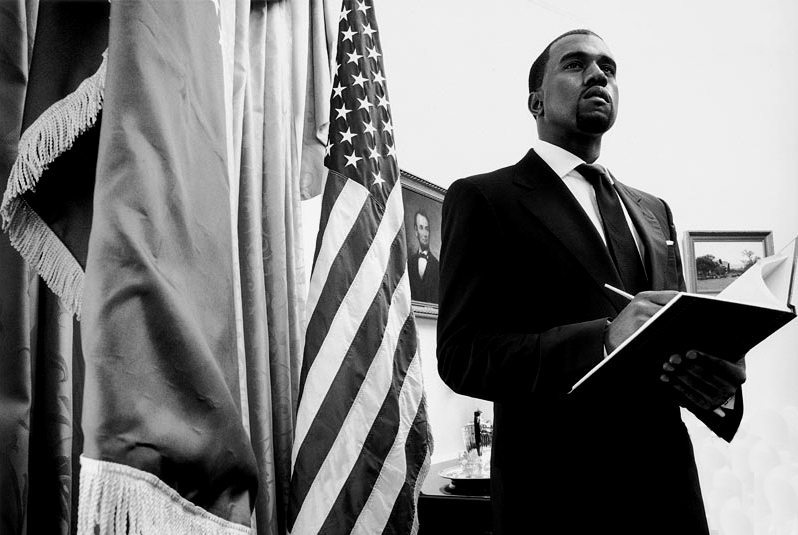 Today’s start of your workweek gossip round up is all about the MTV VMA’s. SO much went on last night including Nicki Minaj showing nice with Taylor Swift while scorching host Miley Cyrus. Justin Bieber gave us tears and Kanye West gave us President Yeezus aspirations. 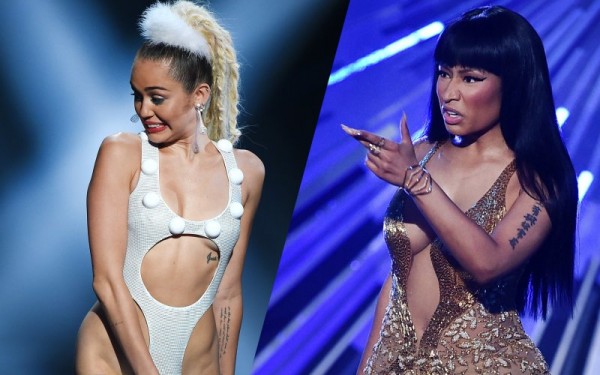 We don’t always know what to except at award shows. I mean, we have seen some pretty bold and jaw dropping moments over the past few decades and this year’s VMA’s gave us even more to talk about.

Nicki Minaj was not playing last night when she received her moon man for best hip-hop video. She got up there, accepted her award, thanked her pastor and then called Miley Cyrus, the host of this year’s show, all the way out about comments she made about the rapper in a New York Times interview last week.

“And now, back to this bitch that had a lot to say about me the other day in the press. Miley, what’s good?”

If you are wondering what exactly was said by Miley that made Nicki address it on live television for the whole world to see, in response to a question by NYT’s Joe Coscarelli who asked for Miley’s reaction to the whole Taylor Swift Nicki Twitter beef back in July, the former Disney star said,

Needless to say, Miley spoke on things that were a) already over and b) she didn’t understand. And that’s why she couldn’t really come back with anything last night.

Maybe she should focus more on what comes out of her mouth than what pasties she’s going to wear next. 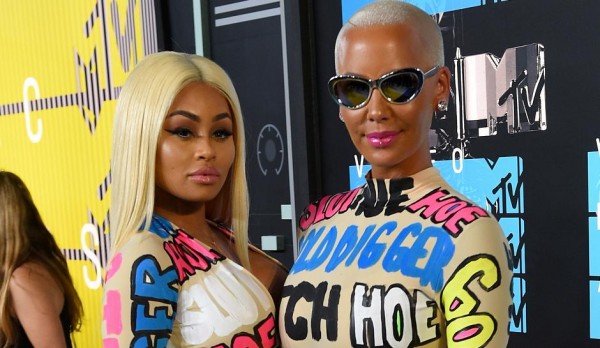 I get it. You want to one up everyone by poking fun at something or a slew of things people say that you are, but I don’t get Amber Rose and Blac Chyna’s choice of clothing last night.

The two, who are apparently very close to inking their reality TV show deal, wore outfits with names that people have called them include, “stripper, slut, hoe, whore, THOT, gold digger, tramp and bitch.”

Amber in her jumpsuit and Chyna in her dress, it was all too much. It was in bad taste. I don’t get how their wearing these outfits with offensive names is getting back at haters. That’s how you sock it to them, by confirming what everyone says that you are?

I don’t get it, it’s not empowering and it’s just an all around bad look. Don’t embrace those things, change them! 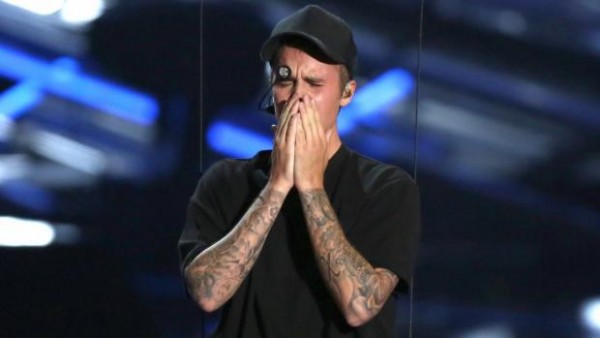 When you have been in the spotlight as long as Justin Bieber has, there comes a time when you need a break so you can really get your shit together. We have seen the evolution of JB and last night, his come back to the VMA stage was as emotional as it was spectacular.

After performing his Jack U collaboration “Where Are U Now” he went into a spoken word piece that ended with him flying through the theatre then kneeling on the stage crying.

I like this JB. I think it is great because it shows growth on his part, which I am hoping, and praying will continue to shine through in his music. 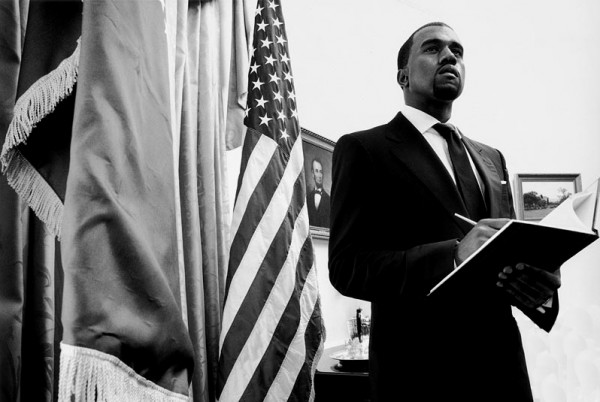 Oh Kanye. It seems that Kim Kardashian making you a daddy has really help to bring some things into perspective for you.

Last night at the VMA’s, after accepting the Video Vanguard Award (which was presented by Taylor Swift) Yeezus went into a speech full of apologies and announcements.

He expressed his remorse for his infamous “Imma let your finish” interruption of Swift at the 2009 VMA’S saying that his need to be liked and his desire to fight for his favorite artists sometimes clash. He dropped some knowledge and got real about the way awards shows can create tensions amongst like-minded people that don’t really need to exist.

“I still don’t understand award shows… how they get five people who work their entire life, who sold records, sold concert tickets, to come, stand on a carpet and for the first time in their life, be judged on a chopping block and had the opportunity to be considered a loser. I don’t understand it, bro!”

Leave it to Kanye to break it down like that. In the end, he left us feeling enlightened, entertained and with the expectation that he is running for president in 2020.

Would he get your vote?