Editing films has become a much easier process thanks to the multitude of movie editor software out there, but not all are created equally. While it might seem smart to buy a cheap one and hope for the best, you wind up paying much more money in the end. Movie editor software ranges in price and quality, but you do get what you pay for. You can go pie in the sky with Adobe but luckily for all you filmmakers and up and coming filmmakers, there’s Movavi Video Editor 14 (plus so much more in their software suite) that will give you the most bang for your buck.

We create a huge amount of videos here at Movie TV Tech Geeks since we also have a full production house so finding the perfect movie editing software is of utmost importance. Also finding one with an easy learning curve for our interns is a must as some of the high-end software require taking a special class which only adds more to their cost.

What Is Movavi Video Editor 14?

Movavi is a very simple to use movie editor targeted for both the most casual to advanced editors. We’ve actually tested it for professional projects, and the results were shockingly good. For a software that is under $80, you wouldn’t expect to get so much but with Movavi Video Editor 14, it delivers more than you can imagine.

We actually tested it on one of our award winning documentaries to see how it compared with ease of use, and we actually could have used it if Movavi had been around at that time. That says a lot as we expect a lot from our editing software. We were able to quickly import video from our Panasonic HC-X1000 4K Ultra HD 60p/50p Professional Camcorder, 20x Optical Zoom with no probem. We also worked with a few of our Sony video cameras in the production studio with no issues.

Video Editor 14 is extremely easy to use with a very intuitive design. We had three of our new interns test it out who had absolutely no experience with it to see how they fared. Their claim of a short learning curve with only 20 minutes to master was found to be wrong. It only took on average 15 minutes for all 3 of the interns to grasp how it worked and were creating new YouTube videos in minutes. That’s how impressive it is. 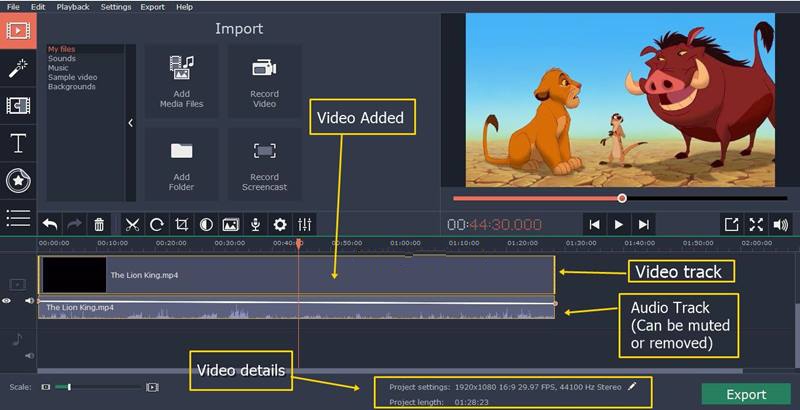 The lack of clutter was a great relief as many film editing software loves to show everything it has making it feel more overwhelming. Things are spaced out and put where you would naturally assume them to be and adding files is simple with either a drag and drop style or the “Add Media Files” option to add the media timeline. If you have a large group of clips Movavi will line them up as you drop them saving you a few steps.

The timeline is quite simple to use and you are able to shrink it or blow it up with a simple slider. Users of Final Cut Pro will be reminded of that timeline for its intuitive nature. As you can see in the above image, you can remove an audio track or just mute it and add another one if needed. 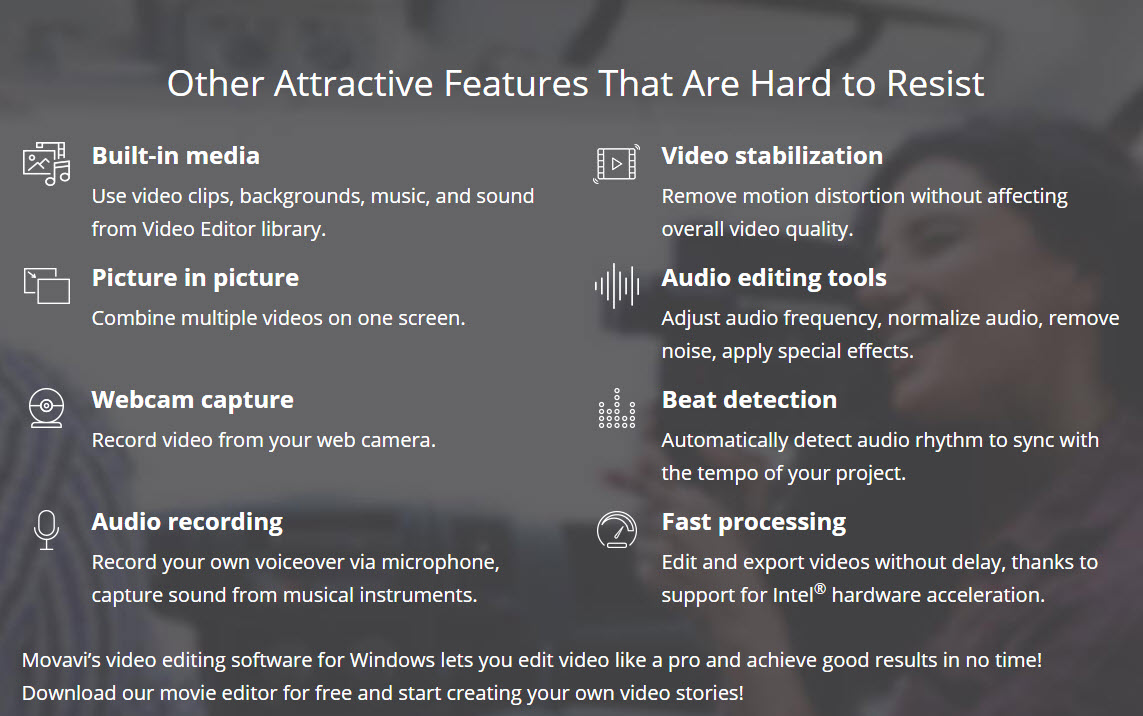 A great feature is being able to record your audio directly into the timeline rather than having to final an audio software to record, fine tune and then add to this one. Movavi takes all the work out and keeps things simple and easy for users on any editing level. It also makes creators of video tutorials pump them out super fast.

Another huge plus is being able to change the video resolution (including 4K) and frame rate in your project settings. Oftentimes, you can spend so much time searching for this, but in Movavi it’s just a couple clicks and changes are made. You won’t have to go through and adjust each and every clip when you do this. Whatever is on your timeline will be changed so if you’ve shot clips at differing frame rates, this will adjust everything for you automatically. If you love transitions, you’re going to love the ton of them in Movavi along with all of their effects.

For the person who takes a ton of videos on vacation, Movavi Video Editor 14 has a Montage Wizard which will take all the work out of it for you by editing the footage to create an instant movie. You can the choose what music to go with it. Now that’s a nice change of having to go through all the vids to find those perfect moments.

One last big plus that along with video tutorials, Movavi has included step-by-step guides for any questions you might have. This is huge as sometimes I like the step-by-step process rather than having to pause and go back in a video. 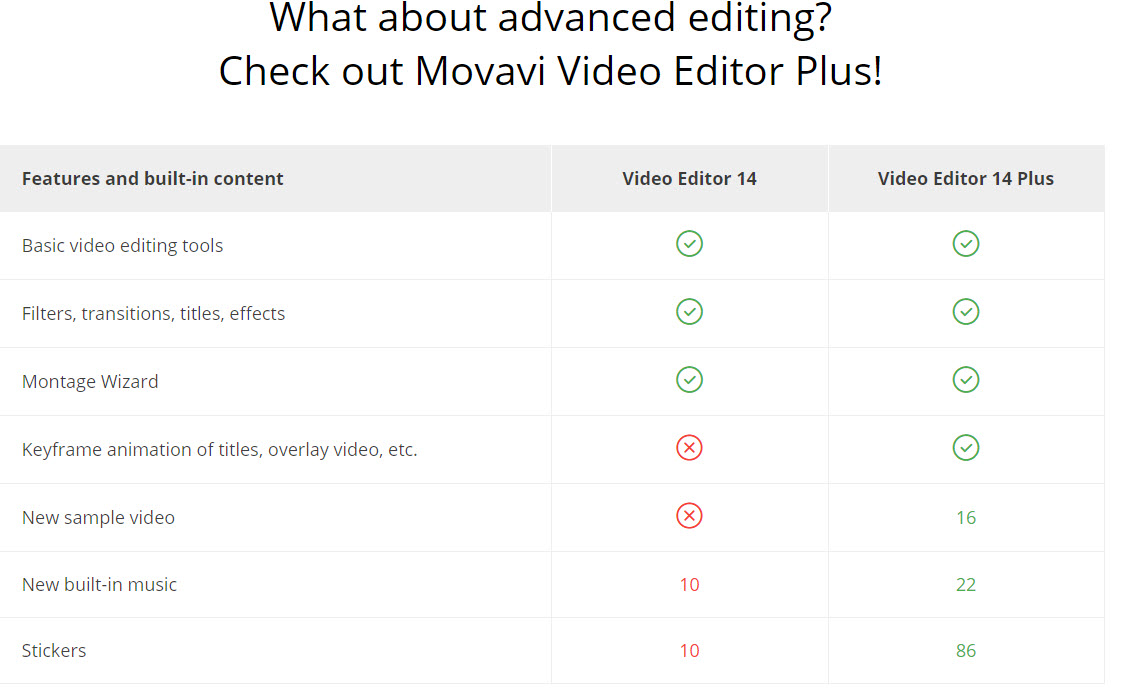 Having used so many video editor softwares, we’ve gotten used to overblown claims so it’s been a great surprise that Movavi Video Editor 14 lives up to all of their claims and goes beyond our own high expectations.

We've teamed up with Saje Flow to give our readers a 30-day life changing experience that could lead to you winning 3 months of life coaching.
Read more
Tech News

Female superheroes have come into their own lately and here is a tribute to the best ones out there.
Read more
Tech News