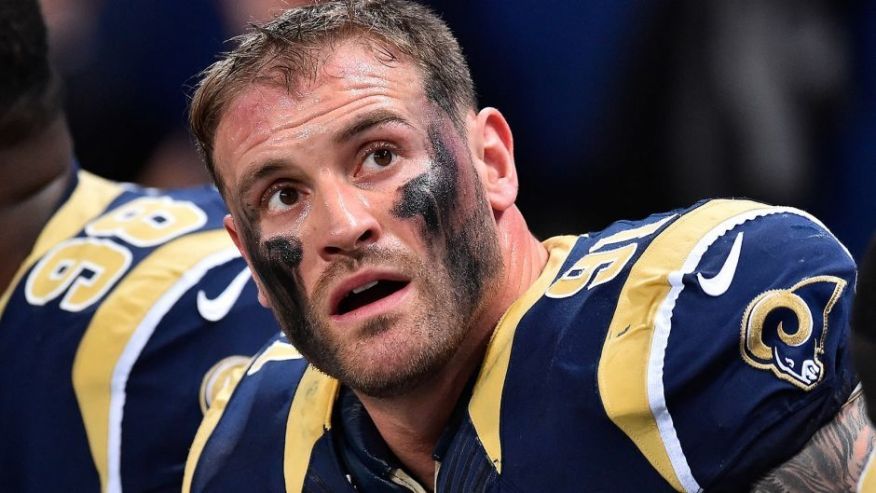 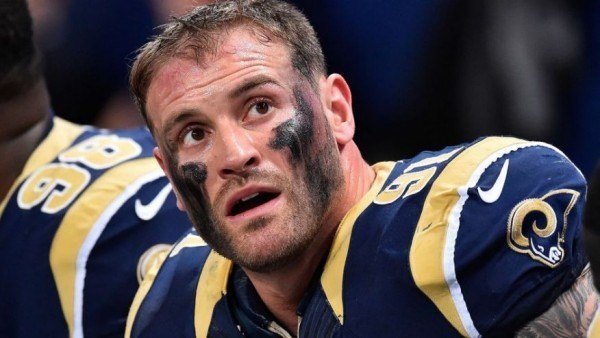 If you’re like me, you were a little surprised by the Los Angeles Rams latest roster moves. The newly-relocated team announced Friday that tight end Jared Cook, linebacker James Laurinaitis, and defensive end Chris Long had all been cut.

New city, new team, I guess. Maybe they’re trying to completely change the image of the franchise. I couldn’t think of any other reason to cut someone like Long, who has been such a pivotal part of the Rams’ defense since they picked him second overall in 2008.

But, at the end of the day, money keeps the league afloat, and by saying goodbye to three of their best players and locker room leaders, the Rams freed up around $24 million in cap space—a large chunk of change with free agency quickly approaching.

“This is the time of year when all NFL teams are faced with difficult decisions regarding their veteran players,” said head coach Jeff Fisher. “Chris and James are the epitome of what it means to be a pro in this league, and it’s been an honor to coach them both. They’ve been the pillars of our defense for many years, and not enough can be said of their love for the game and for their teammates. Beyond the field, they took pride in mentoring the younger players and doing their part to make a real difference in the St. Louis community. We will always be grateful for James’ and Chris’ unselfish commitment to the Rams and wish them the best moving forward.”

Cook, a uniquely consistent force on the Rams’ offense over the past three seasons, had a 206 cap hit of $8.3 million. Difficult to blame the Rams for X’ing him.

Chris Long seemed to take it the best. Even he couldn’t deny that his overall productivity has dropped significantly the past few seasons for numerous reasons.

“Bottom line is—this is a production business,” said Long on his Instagram post thanking the team and city of St. Louis. “No excuses, the last two years have been shit. It’s been painful to experience because I care deeply about my performance and my responsibility to my teammates. Before the last two years, I’m very proud of what I was able to accomplish in St. Louis. I’m not surprised, but it doesn’t make it any easier to leave your family.”

Long has dealt with some injuries over the past few seasons, but when you’re one of the top paid ends in the NFL, four sacks over the past two seasons just don’t cut it, and Long, son of Hall of Famer Howie Long, understands that.

“I look forward to the next chapter. Hungry and a lot to prove all over again. First I’m gonna have a beer. Wishing it shook out differently but eternally grateful.”

Unlike Long, Laurinaitis was caught somewhat off guard by the news.

“I was surprised by it, I was shocked at first,” said Laurinaitis after Fisher called him into his office to break the bad news. “But I also know this is a business and when you start to move toward the front of the parking spaces and get a little older, all those people in front of you have left so you are not any different than anybody else who is getting up there.”

Not a bad way to look at it. And, of course, Laurinaitis’ history of play on the field and leadership off it will certainly see him to another job in 2016.

“I’m going into year eight, and I’m still 29, and I still feel like I’m playing at a productive level…I have been grateful to have seven years with the same team. That’s rare in and of itself. I’m not bitter about that. Just a little surprised it happened this year, but that’s football.”

That it is. None of these three men should have any problem finding a job early in free agency. So, to end on a more positive note, if your team is in the market for a defensive leader, you just may be in luck.