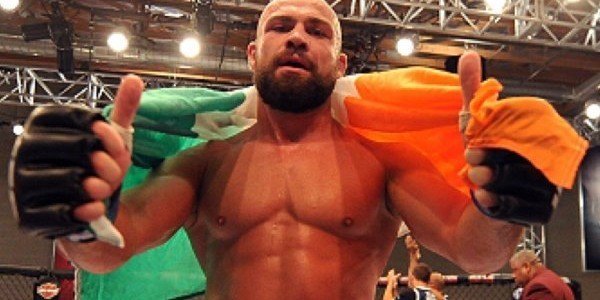 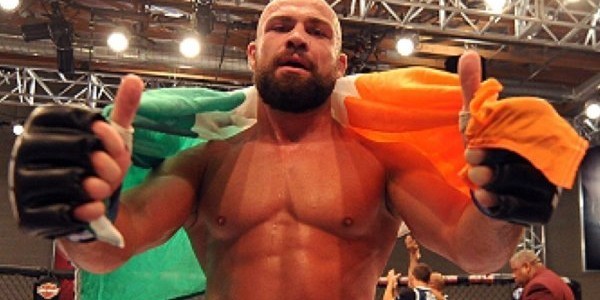 This Week in MMA: Plenty of Announcements, Some Solid Fights

Gray Maynard has announced that he is planning to leave the lightweight division for one hundred and forty-five pounds, on the heels of a four-fight losing streak.

Most widely known for his awesome trilogy against former lightweight champion Frankie Edgar, Maynard hasn’t been able to find his groove after his last loss to “The Answer”—although the level of competition that he’s been competing against certainly has something to do with his limited success (many fans considered the Guida win to be more of a loss for “The Carpenter” than a win for Maynard, as well).

While the move has been criticized by many fans, only Maynard knows if the drop is a good idea or not; in fact, he may have some good success at featherweight. However, a single loss in this new division would be disastrous for the thirty-six-year old’s Octagon career, likely resulting in a cut.

Hopefully “The Bully” will find some success in his new division.

The UFC Announces Tryouts for Another TUF Season

In a more minor development, the UFC announced that it will be holding tryouts for the next season of TUF, in both women’s strawweight and bantamweight, as well as men’s light heavyweight.

The promotion is certainly trying to secure some talent where it’s needed, but TUF may not be the best way to do so. The talent levels of the competition have dropped steadily, as more fighters sign straight to the UFC and other big-name promotions.

Additionally, the TUF format—which has remained largely unchanged—has become incredibly bland after over twenty-five total seasons! The promotion will have a hard time getting any sizable number of viewers to tune in (as they have this season, even with the star power of McGregor).

Nevertheless, the show is a great way for up-and-coming fighters to get their foot in the UFC—hopefully some solid talent and format changes will accompany this season (a return to the TUF Live format is unlikely, but would be a step in the right direction).

Bellator has announced that its recently unveiled Italy event will take place on April 16th.

The promotion will cooperate with Oktagon Kickboxing to bring both kickboxing and MMA fights to the event, although it is being reported that only MMA bouts will air live on Spike.

Bellator bolstered its middleweight division for the show, as it was also revealed that UFC veteran and exciting Italian MMA fighter Alessio Sakara had been signed to the promotion, and will compete on the card.

This is certainly an exciting event and development for all—especially Italian fans.

Although it was inevitable, the USADA has handed out its suspension to Mirko Cro Cop for his HGH-positive drug test earlier this month.

The now-retired veteran probably won’t be feeling the suspension very much, but it’s still an unfortunate way to (likely) end his MMA career. Nevertheless, he is certainly going out with a bang in terms of his last fight—a dominant, revenge knockout over Gabriel Gonzaga to even the score (as Gonzaga previously defeated him).

Most every large MMA organization made at least one exciting fight announcement over the week.

Bellator announced that Roufsport-prospect Emmanuel Sanchez will clash with UFC-veteran Daniel Pineda at February’s Bellator 149 (which is main-evented by Shamrock vs. Gracie). It’s telling that Pineda wasn’t resigned by the UFC following his latest three-fight win streak; it will be interesting to see if this trend continues in the future, with other fighters.

Nevertheless, this is a solid fight that hardcore fans can get excited for—and the main and co-main events should do well to draw additional eyes to these ever-improving athletes.

Turning around quickly, fan-favorite Josh Barnett will look to build on his latest win over Roy Nelson in his next contest against the surging Ben Rothwell, on January 30th.

Both long-time veterans are coming off impressive victories, and another triumph here will (especially in Rothwell’s case) move each of them much closer to a title shot.

Plainly, this is a solid match-up that should make for an awesome fight.

Invicta announced that its biggest star—Cris “Cyborg”—will compete once again inside the organization, against Cindy Dandois in January.

This isn’t much of a surprise, given Rousey’s recent loss; “Rowdy” versus Cyborg was the fight that most fans wanted to see. But, from competing and losing in Muay Thai to her delaying of fighting Rousey, Cyborg frankly doesn’t make very intelligent decisions in regards to her career (more pressingly, her management doesn’t do so either).

Even with another win here, she won’t get a crack at the UFC champ for quite a while. And the promotion doesn’t really need to be very urgent in signing her now, as the aforementioned match (and payday) has been squashed.

Still, this will be interesting to watch.

Finally, the World Series of Fighting announced some solid additions to WSOF 26, namely that featherweight champion Lance Palmer will battle Marcos Alexandre in the main event, and that Tyrone Spong will make his return to the MMA cage against Jake Heun in the co-main tilt.

Both solid fights with some of the promotion’s most impressive stars, WSOF 26 is building up to be an enjoyable card.

UFC welterweight Cathal Pendred has announced his retirement from the sport at just twenty-eight years of age.

Citing a lost interest in the sport, the Irishman will retire with a solid TUF run and a four and two UFC record (although some of these wins were very controversial).

As is commonly the case when fighters with back-to-back losses retire, the UFC may have informed Pendred of his termination, resulting in his decision to call it a career while still under the promotion’s banner. This is especially believable given the frankly poor general reception he had with the fans.

Nevertheless, the door will be open—and quite possibly used—for Pendred to return to the sport, given his age.

One of the biggest fight cards of the year had a bit of a scare when women’s strawweight Michelle Waterson announced that she would be withdrawing from her scheduled bout against Tecia Torres.

On very short notice, Jocelyn Jones-Lybarger has stepped up to battle Torres—and the promotion is certainly thankful for the initiative.

Hopefully, Waterson will be back in action soon.

UFN 79 had some exciting and interesting bouts, despite losing its main and co-main event fighters earlier this month.

In the main event, Benson Henderson defeated Jorge Masvidal via split decision, in a technical and exciting affair. The bout was especially pivotal for Henderson, as prior to the fight he announced that he’d test the free market following the contest’s conclusion. This will give him a notable increase in bargaining power.

In the co-main event, Dong Hyun Kim (the more well-known of the Kims, as another fighter of the exact same name, also competed on the card) faced his replacement opponent for Masvidal, Dominic Waters.

Although Waters gave it everything he had in the contest, it simply wasn’t enough, as the elite Kim overwhelmed him for the first-round stoppage. Nevertheless, Waters certainly did the UFC a favor by stepping up and traveling halfway across the world to fight such a skilled competitor (seriously, this shouldn’t be undervalued), and will most certainly get another chance inside the Octagon.

This week brought some interesting announcement and solid fights—let’s hope that next week is even better!