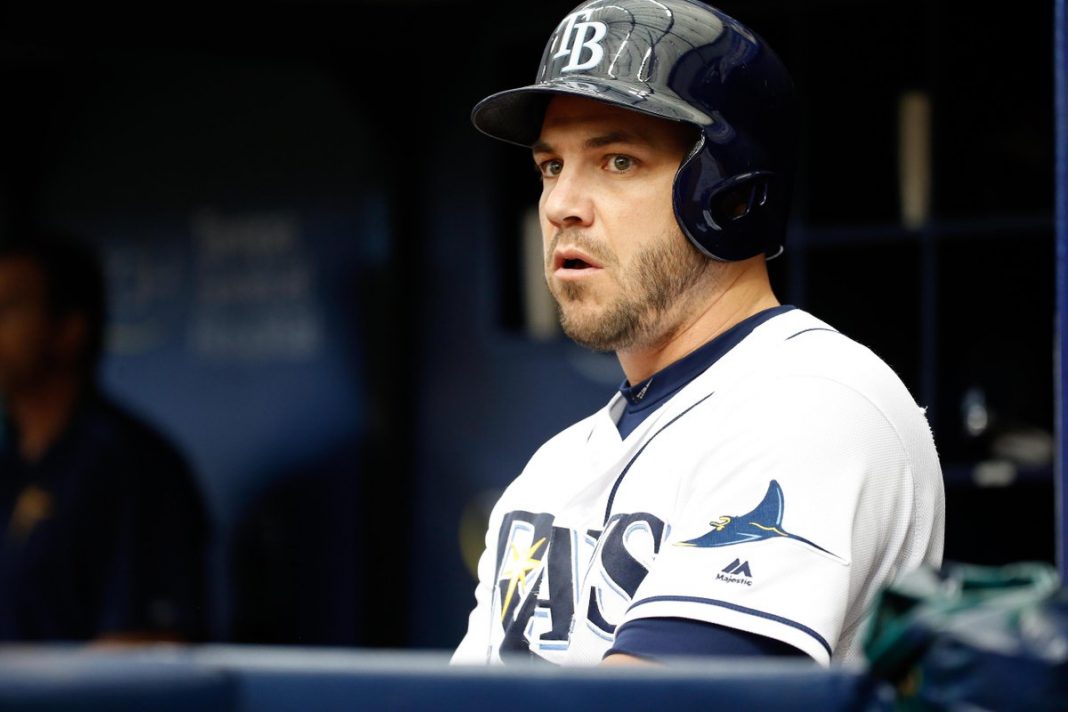 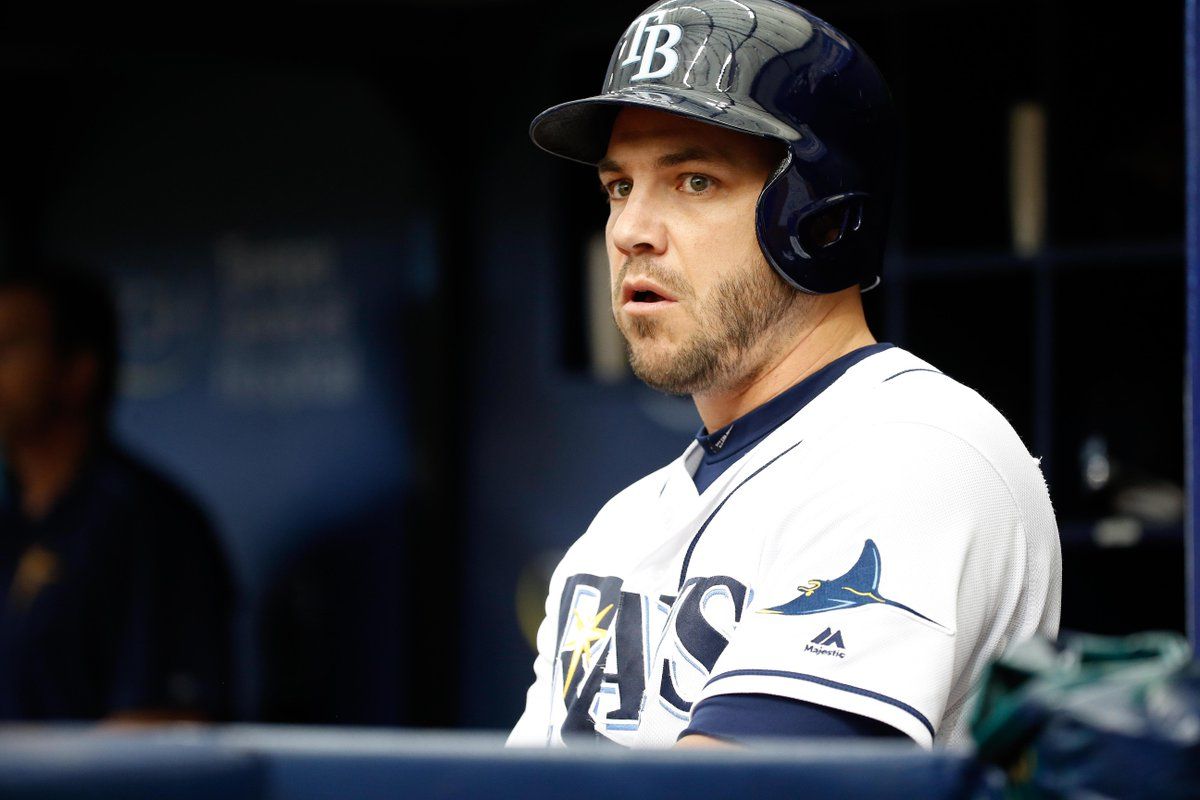 The trade deadline for Major League Baseball is August 1st, less than two weeks away. That looming deadline is certainly getting the rumors going, with lots of pundits weighing in on who they think the players are that are on the auction block.

In general, I think the players that are strong candidates to be traded are the players that are having strong individual seasons on weak teams. The reasoning: the weak team likes to offload salary while the team that picks up the player is trying to improve for the home stretch and the postseason. On that note, let’s take a look at the teams that, barring miracles, are clearly out of their pennant races and see who the bright lights are in the batting lineups and starting rotations.

The Cincinnati Reds are last in the NL Central with a 36-59 record entering Wednesday. They are 21.5 games back of the lead with betting odds of 10,000 to 1 just to win their division (bet365). Basically, what those odds imply is that if the season was hypothetically played out 10,001 times from this point onward Cincinnati would only be expected to win the division once.

Joey Votto would be a great player to trade. However, he has a no-trade clause and loves Cincinnati. Back in December, he was pretty adamant about not moving anywhere: “I don’t think of myself as anything other than a Cincinnati Red,” Votto said. “It’s one of the really cool things about having a no-trade clause. I’m one of the rare players who has that. I get to stay a Cincinnati Red.”

However, Jay Bruce doesn’t have a no-trade clause, and he is a Red that is having a good season. The career Red, in 88 games in 2016, has 19 home runs and an OPS of .848. Bruce would be an excellent addition to any team that doesn’t have an outfield full of heavy hitters. Furthermore, he could also DH in the American League.

With Cincinnati handcuffed when it comes to trading Votto, it might put more pressure on them to offload their second-best offensive player. Incidentally, Bruce was listed as the No. 1 player on Michael Ginnitti’s recent Spotrac July 19th article listing his “Top 15 MLB Trade Candidates.”

The Tampa Bay Rays entered Wednesday last in the AL East, 17.5 games back of the lead, and 1500 to 1 to win their division (William Hill). Realistically, they are buried too deep to have much of a chance at making the playoffs, and that should put their best players on the market.

Marc Topkin of The Tampa Bay Times wrote this about Steve Pearce on July 18th as he returned to the lineup from injury:

“In addition to providing an immediate boost to the lineup, Pearce also might spark trade talks, as he is expected to be a popular subject of discussion among contenders leading to the Aug. 1 deadline for nonwaiver deals. Pearce is appealing since he is on a one-year, $4.75 million contract.”

The hang-up is that Pearce, despite having an excellent season at the plate, recently spent a few weeks on the disabled list. He entered Wednesday with a .946 OPS in 179 at-bats this season. Since returning from injury, he has only played in two games for the Rays. So far he is 3 for 9 with a homerun and a walk, pretty solid numbers but only over a short range so far.

But I agree with Topkin’s highlighting of Pearce’s contract: he is an unrestricted free agent at the end of the season, and it’s hard to figure out why Tampa Bay should want to retain him as their hopes this season are minimal. I think Pearce is probably being watched right now by numerous teams who want to see what his post-injury numbers are like. For that reason, if Pearce gets traded, I think it might be very close to the deadline so as to give teams a large volume of games to assess his post-injury stats with.

The Braves had an egregious start to the season, and they are still 29 games below .500 baseball. That means that they are sellers as the trade deadline approaches.

I don’t think that they are going to be that big on trading Julio Teheran. However, I think there’s going to be interest in him. If there is big interest then who knows what kind of offer it might lead to.

Teheran is 25 years old and seems to be coming into his own. He appears to be a player that a team with plans of contending this year and in the years ahead should enlist. Despite Atlanta not really wanted to deal with this player, the old adage about getting the right price definitely means something.

Ervin Santana, of the .372 winning percentage Twins, has only mild trade potential in my view. Firstly, his season-to-date numbers aren’t fantastic even if you throw out the 3-8 record as due to run support. A 3.93 ERA would make him more of a depth addition to a rotation as opposed to a marquee add-on. Furthermore, his contract is lengthy still as he is signed through 2018. That means any team that picks him up has to be interested in a potential long-term relationship as opposed to a temporary one.

However, this is a player that Minnesota should push in my view. The Twins’ season is essentially over, and Santana would be a good player for them to dump. A $13.5M salary is certainly a good one to offload, especially since he’ll be making that amount in the years ahead as well – even as he gets toward his mid-30s. The Twins might need a salesman to swindle another team with Santana, but there’s certainly some suckers out there.

There are plenty of rumors circulating. However, at present, there are not a lot of other teams besides Atlanta, Minnesota, Tampa Bay, and Cincinnati that I would consider totally out of the playoff picture – not with the two-team Wild Card race. Ginnitti, in his Spotrac article, lists four players from the Oakland Athletics as trade candidates, namely Rich Hill, Josh Reddick, Danny Valencia, and Jed Lowrie.

However, I do not see the Athletics as stone-cold out of the picture yet in the AL West. Texas have hit a funk, and all teams have gained on the Rangers in the last couple of weeks in the divisional race. Adrian Beltre is 37 years old, and his OPS has been sinking lately with just a .698 mark in his last 30 games and a horrible .565 mark in his last 10. Also, who knows when Colby Lewis is going to be back for sure and how he will play after returning from the DL. I think the Athletics are a team that should actually try to make a push in the 2nd half instead of offloading. They could find themselves only six games back a month from now.

If there was a decent team that I felt might be smart to shut things down right now it would be the New York Yankees. They entered Wednesday a game over .500, however, the American League East is dense with strong teams this season. The Yanks would have to come from behind against three stronger teams to win the divisional crown. Also, there’re AL East teams and other American League teams to contend with in the Wild Card race. Even with that, it gets you nothing but a coin toss to get into a playoff series. In my opinion, the Yankees are better off selling.

But as things look right now, I think Jay Bruce, Steve Pearce, and Julio Teheran are really on the radar for teams looking to improve. Ervin Santana might be on it too. However, I think a trade involving him benefits the Twins more than whoever gets him.