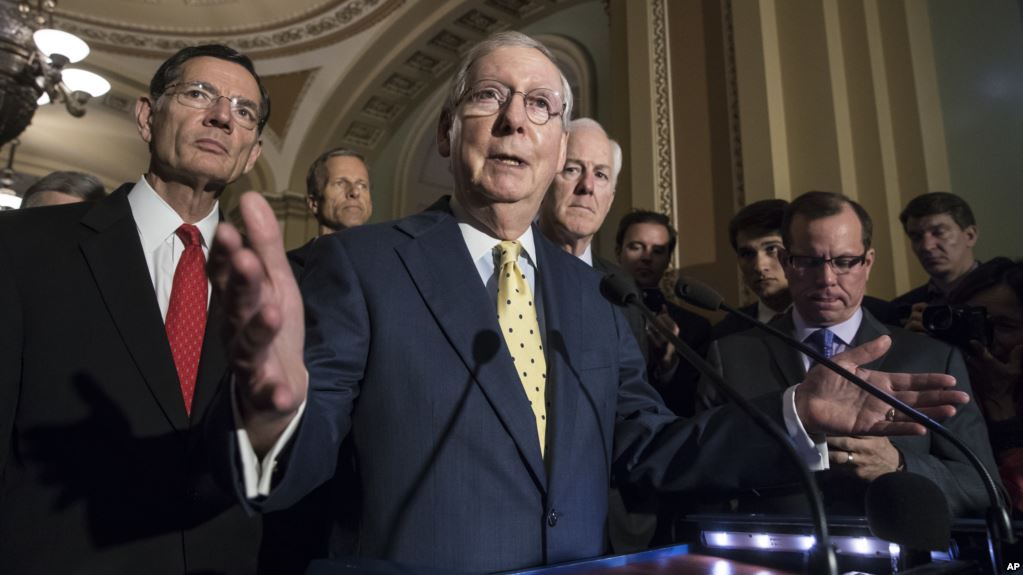 After weeks of secrecy, the Senate Republican leaders revealed their version of the plan to replace the Affordable Care Act aka Obamacare. Knowing that Senatore Majority Leader Mitch McConnell was the driving force behind this leaves many scratching their heads over how he could let such a bad bill come out.

He’s not just backing an unpopular bill, but he’s trying to get a vote on it before the July 4th holiday weekend. McConnell is known for his cool-headed strategy, so is there a method to this seeming madness?

It appears that he’s betting it is better to keep the party’s promise to repeal and replace Obamacare rather than succumb to public pressure. It seems ironic that rather than listen to what the voters want, he would rather make the Republicans look strong in ignoring what the majority of Americans want.

He’s also delivering a bill that gives first and pushes the negative effects down the road. We live in the ‘think in the short-term culture’ now, and he’s doing exactly that. The bill cuts taxes immediately and retroactively, but it pushes draconian health care cuts for the poor and disabled into the future. Mr. McConnell gambles that by delaying the downside to 2020 and beyond, he can muffle and deflect blame when voters hit the polls in 2018.

Finally, by pushing this bill through, he’s able to open the way for tax reform. Republicans prefer to spend their time on taxes, not health care. Under normal Senate rules, action on both issues requires votes from Democratic senators, a tall order in polarized times. Instead, Republicans have submitted to arcane budget rules that let them pass bills with a simple majority, i.e., without the Democrats. But there’s a catch: There’s only one set of tracks that can carry these sorts of filibuster-proof measures, and the rules allow only one train car on the tracks at a time. Granted, Republican cleavage has thus far precluded any progress on taxes. But until health care is off their plate and budgeteers can prepare the next bill, tax reform is stuck in the rail yard.

So will it pay off? 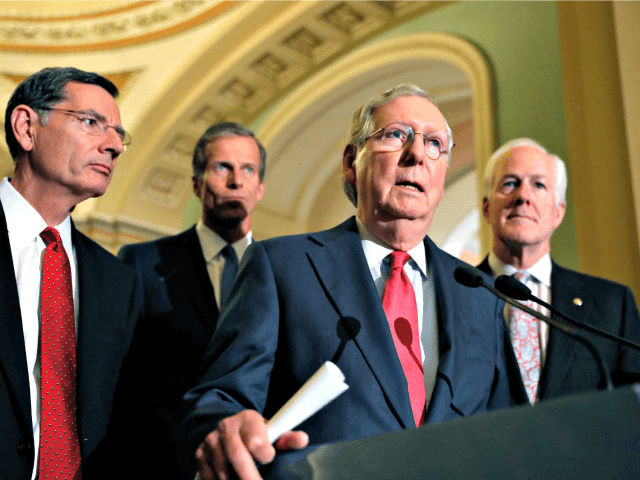 Now comes his next challenge – persuading enough Republicans to back the measure and avert a defeat that would be shattering for President Donald Trump and the GOP.

McConnell released the bill Thursday, drafted after weeks of closed-door meetings searching for middle ground between conservative senators seeking an aggressive repeal of Obama’s statute and centrists warning about going too far. Erasing Obama’s law has been a marquee pledge for Trump and virtually the entire party for years.

The bill would cut and redesign the Medicaid program for low-income and disabled people, and erase taxes on higher earners and the medical industry that helped pay for the roughly 20 million Americans covered by Obama’s law. It would let insurers provide fewer benefits, offer less generous subsidies than Obama to help people buy policies and end the statute’s tax penalties on people who don’t buy policies and on larger firms that don’t offer coverage to workers.

“I am very supportive of the Senate #HealthcareBill. Look forward to making it really special! Remember, ObamaCare is dead,” Trump tweeted late Thursday.

Shortly after the 142-page bill was distributed, more than a half-dozen GOP lawmakers signaled concerns or initial opposition. McConnell, R-Ky., has little margin for error: Facing unanimous Democratic opposition, “no” votes by just three of the 52 GOP senators would sink the legislation.

McConnell, eager to approve the legislation next week, indicated he was open to changes before it reaches the Senate floor. But he said it was time to act.

“No amount of 11th-hour reality-denying or buck-passing by Democrats is going to change the fact that more Americans are going to get hurt unless we do something,” he said.

Democrats said the GOP measure would take coverage away from people and raise their out-of-pocket costs, all in the name of paring taxes on the wealthy.

“This bill may change, but Republicans will only be putting lipstick on a devastating blow to Americans’ health care,” said Sen. Ron Wyden, D-Ore.

In an interview with Fox News Channel, Trump was asked about the four conservatives opposing the bill. “Well, they’re also four good guys, four friends of mine and I think that they’ll probably get there,” he said. “We’ll have to see.”

Sen. Susan Collins of Maine reiterated her opposition to language blocking federal money for Planned Parenthood, which many Republicans oppose because it provides abortions. The bill would also bar using tax credits to buy coverage that includes abortions.

Obama held nothing back as he weighed in on Facebook.

“If there’s a chance you might get sick, get old or start a family, this bill will do you harm,” he wrote. He said amendments during the upcoming debate “cannot change the fundamental meanness at the core of this legislation.”

The House approved its version of the bill last month. Though Trump lauded its passage in a Rose Garden ceremony, he called the House measure “mean” last week.

The nonpartisan Congressional Budget Office said that under the House bill, 23 million fewer people would have coverage by 2026. The budget office analysis of the Senate measure is expected early next week.

The Senate bill would phase out extra money Obama’s law provides to 31 states that agreed to expand coverage under the federal-state Medicaid program. Those additional funds would continue through 2020, then gradually fall and disappear entirely in 2024.

The measure largely uses people’s incomes as the yardstick for helping those without workplace coverage to buy private insurance. That would focus the aid more on people with lower incomes than the House legislation, which bases its subsidies on age.

Caroline Pearson, a senior vice president of the consulting firm Avalare Health, said the Senate subsidies would be smaller than Obama’s because they’re keyed to the cost of a bare-bones plan and because additional help now provided for deductibles and copayments would eventually be discontinued.

The bill would let states get waivers to ignore some coverage requirements under Obama’s law, such as specific health services insurers must now cover.

States could not get exemptions to Obama’s prohibition against charging higher premiums for some people with pre-existing medical conditions, but the subsidies would be lower, making coverage less affordable, Pearson said.

For the next two years, the Senate would also provide money that insurers use to help lower out-of-pocket costs for millions of lower income people. Trump has been threatening to discontinue those payments, and some insurance companies have cited uncertainty as a reason they are abandoning some markets and boosting premiums.