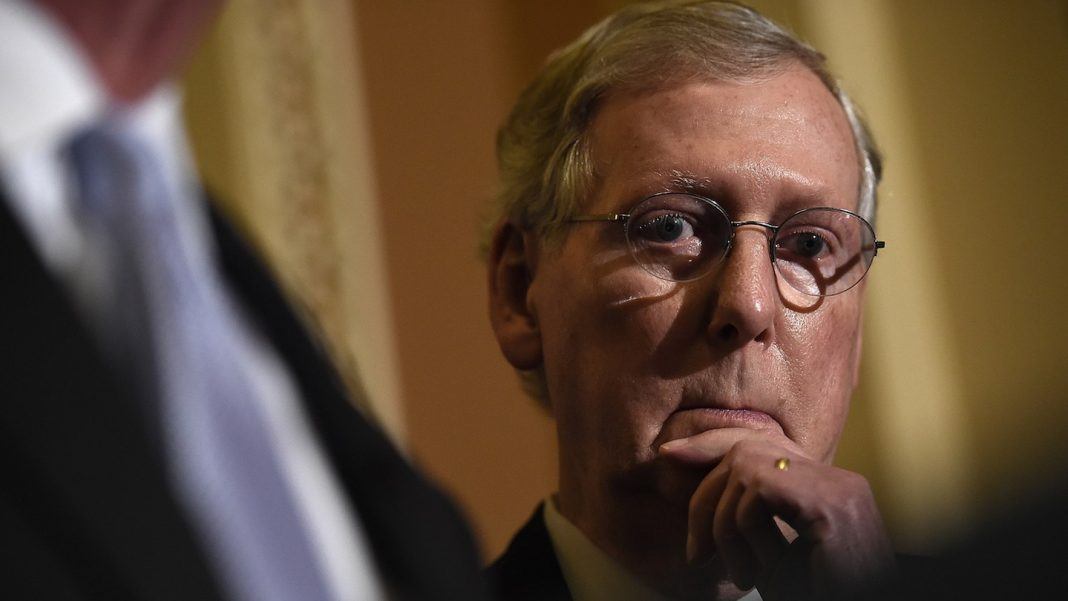 Donald Trump‘s antics have kept both the media and American busy while members of the Senate have spent the past few weeks discussing how to pass the health care bill the easiest way possible.

Even though media pundits have said that the bill is dead, there is a chance that they just might slip it through, but they’ll have to do some real magic to hide all the damage that it can do to American’s health insurance.

Republican leaders in the House were able to pass the bill by not holding a single hearing because the more attention to it would have quickly killed it’s already slim chance of survival. They also avoided the Congressional Budget Office’s estimate which would show how many Americans would lose their insurance. Whenever a bill is done in this much haste, Americans should realize it’s not for their benefit.

As Politico reported: “McConnell’s strategy is to keep the debate within his conference for as long as possible. There will be no public hearings as a bill is drafted, according to several Republican senators and aides, and he’s imploring senators not to leak.”

The Democrats’ process for passing the Affordable Care Act was certainly not perfect. But it was radically more open than this process, including 44 hearings and other public events in the Senate alone. Republicans, by contrast, invited select people to send feedback to an email address — HealthReform@finance.senate.gov — no later than last week.

If secrecy is the first part of the strategy, distraction is the second. Eventually, before a vote is taken, the details of the Senate bill will become public, as they did in the House. And those details will include a long list of problems.

So, keep your eyes open on this bill as there are many more headaches ahead for McConnell who sadly, has proven that he’s not looking out for his voters best interests. 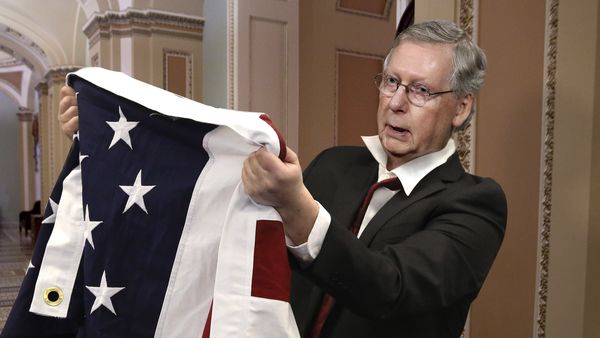 For Majority Leader Mitch McConnell, writing a Republican-only health care bill that can pass the Senate boils down to this question: How do you solve a problem like Dean, Lisa, Patrick, Ted, Rand and Susan?

Those are some GOP senators whose clashing demands McConnell, R-Ky., must resolve. Facing solid Democratic opposition to demolishing former President Barack Obama‘s 2010 overhaul, Republicans will lose if just three of their 52 senators defect.

In a report that complicated McConnell’s task, the nonpartisan Congressional Budget Office delivered a damaging critique last week of the GOP-written bill the House approved May 4. It concluded the measure would create 23 million additional uninsured Americans by 2026; lower premiums for younger and healthy people by letting them buy sparser coverage; and confront unhealthy, poorer and older consumers with exorbitant out-of-pocket costs.

Booting that many people off health care coverage is a nonstarter for many Republican senators. It’s a campaign attack ad that writes itself.

“Twenty-three million people. That’s a good place to start,” Heller said when asked to explain why he opposes the House bill.

Most losing coverage would be Medicaid beneficiaries. Also hurt are people buying their own insurance and others getting coverage at work.

The number can be reduced by spending more on Medicaid, fattening tax credits for people buying insurance and boosting government payments to insurers to help them lower consumers’ costs.

Those steps are complicated and expensive.

The House bill would halt extra federal funds in 2020 that 31 states get for Obama’s expansion of Medicaid – the federal-state health care program for poorer and disabled Americans. The legislation would also give states fixed federal sums annually, ending the open-ended payments Washington has always made to reflect growing medical expenses and caseloads.

This means an $834 billion cut over the coming decade that would produce 14 million, or 17 percent, fewer Medicaid beneficiaries than projected, the budget office said. This is a problem for Republicans from states with a heavy reliance on Medicaid.

Twenty GOP senators are from states that expanded Medicaid, and most oppose abruptly ending the Obama law’s extra federal payments. They include moderates like Sen. Rob Portman of Ohio, whose state Medicaid program has added 700,000 enrollees; as well as Alaska’s Lisa Murkowski, Shelley Moore Capito of West Virginia and Heller.

These senators are seeking a compromise that would phase out the extra federal expansion money over a period of several additional years. They also want the overall program to grow yearly by a formula that’s more generous than the House would allow, and protect Medicaid money states use to combat the growing problem of opioid abuse.

They would also increase federal payments to state pools for assisting low-earning residents and federal tax credits that subsidize poorer people buying their own coverage.

Many conservatives want to curb Medicaid spending. In one proposal, they’d phase out extra federal Medicaid expansion money over a decade but reductions would begin next year.

Sen. Patrick Toomey’s Pennsylvania has expanded Medicaid, but he’s also one of the Senate’s more conservative members. He’s seeking compromise with Portman on curtailing Medicaid, saying it “must be on a sustainable path.”

Conservative GOP Sens. Ted Cruz of Texas and Mike Lee of Utah want to erase Obama insurance coverage requirements. These include obliging insurers to charge the same premiums for healthy people and those with pre-existing medical conditions, and forcing them to cover specified benefits like maternity care.

Many moderates are wary of a bill that would let Democratic opponents castigate them for snatching away coverage like maternity care. They also cite the budget office finding that letting states drop coverage requirements leaves many sicker and older consumers with untenably high costs.

Murkowski and Maine Sen. Susan Collins have opposed past conservative moves to block federal payments to Planned Parenthood, which provides abortions. The House bill does that and bars the use of federal health insurance tax credits for policies covering abortion.

Murkowski and Collins have not said such provisions would cause them to oppose an overhaul health care bill, but neither is comfortable opposing Planned Parenthood.

With its remoteness, high living costs and small pool of residents, Alaska has had the highest premiums in the U.S. since Obama’s law took effect, says Cynthia Cox, an associate director at the nonpartisan Kaiser Family Foundation.

That means the House bill’s tax credits, mostly linked to people’s ages, would be far smaller than Obama’s, which reflect premiums and incomes. That gap is a major problem for Murkowski.