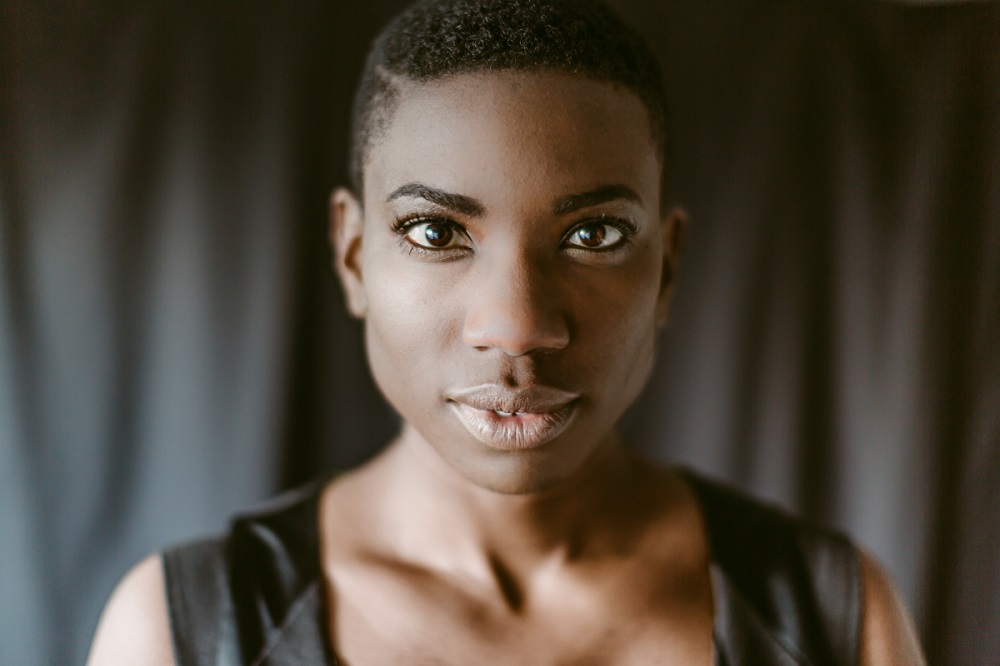 On Thursday’s episode of Supernatural entitled “Lily Sunder Has Some Regrets,” we meet Benjamin – a very male angel in a female vessel. This “vessel” is played by Miranda Edwards, who is very adept at playing these types of androgynous roles. She is also adept at wielding an angel blade, as proven in the episode. Miranda has previously appeared as Roxie on five episodes of Orphan Black.

Are you a Supernatural fan?

I do like Supernatural, yes. But I have to say, even a bigger fan than me is my sister. I did all my homework with her, off the top, when I first got the audition. She was like, “Oh my God, okay, this is what you do …” She had seen all of the seasons, and I had only started watching it. I like the show; it’s a great show.

Tell us about your character in Supernatural, Benjamin.

Benjamin is a pretty active person, is a really physical role … I loved playing it. Very, very dynamic. Kind of a not to be messed with type of character. She is a woman, but the role was written originally as a man. So I got to play around with that a little bit. The androgyny of the character … it was a lot of fun to do. A really fun character to play.  A gamer at heart. Just a really fun dude – I like to call her a dude … very, very physical.

How were you cast for the show?

When I went in for that, casting asked me to come in for two different roles. The second session I went in with the director; two different roles, one female role in the same episode and Benjamin. He said, well we know it’s a guys’ role, don’t worry about it, I have a really good feeling about this for you. So I went and did both of them back to back, and the director left it. I love when that kind of thing happens. Because that’s specifically what I go for. It’s just opened doors for me, the range of things that I can play. I have a casting director that backs me up, brings things to me with that same mindset. It’s so freeing, and really lovely when things come together that way and the director was really happy about it. The first day on set was so perfect, it was such a perfect casting … I’m glad that they did that.

Tell us about that fight scene …

We had a great time doing that scene. My first day at work was meeting Alicia and starting to fight with her. We shot it the next day. Loved the angel blade! Always fun picking up and learning  a new weapon for fight scenes. Then going from rehearsal space to arcade and throwing in an eye patch, there are a few adjustments to make including change in choreography for the new space and for camera angles. It takes a little pressure off, knowing that Benjamin dies at the end but the thought gradually creeps in that I am fighting for my life and definitely raises the intensity. There may have been one or two minor injuries sustained in the shoot. But we both lived and hope it’s a fun scene to watch. 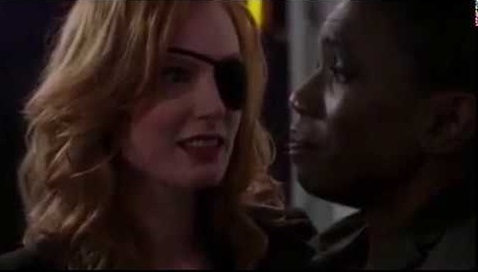 I know that it’s been said many times before; the cast and the crew are phenomenal. They’re so much fun to work with, and so welcoming. I really liked, at one point they are shooting in an arcade and the gamer in me got really excited. We were around a bunch of games and you can’t really help yourself. We were just playing in between setting up shots and stuff … the crew and I were playing different games. I had a lot of fun doing it. It was just a really welcoming environment.

The one thing we were shooting outside … it was pretty typical Vancouver weather … it was a Hallowe’en day. Things got really, really muddy and the costumes and stuff got messed up. They had to change a couple of my lines because everything was just so … some of the things I said just didn’t make sense anymore. So I’m complaining about the rain in character, and it was true to the nature of the environment, and we just had to go with it. When it’s that kind of overcast weather it looks really great on camera so we got some wonderful things covered. I had a lot of fun.

Tell us about your upcoming appearance on The Magicians.

I don’t know if your audience has seen a lot of The Magicians but the show is pretty great, I’m a big fan of it myself. If you’ve seen it, it’s a really well-done show. Beautifully done. The role that I have is Heloise; this one is all woman, she was cast that way, written that way … the costumes that were built for me, I loved so much. That’s such an easy thing for me … once I get a costume I just go into character. It’s a great hint for me. I had a lot of fun doing this one. The thing about the world of this show is that there are few rules, so that leaves room for lots of different surprises, lots of interesting stuff to happen so watch the entire season and throughout the season and the lovely little things that happen in there. I won’t go into that one too much but yeah, it’s pretty great.

I do, I’ve been listening to a lot of podcasts lately and there’s one that I am currently working on to do with the inner workings of the business working as an actor; something that you don’t often get to see, especially because as actors we’re very concerned about how things come off and appearance and all that stuff and audiences don’t get to see what actors are experiencing from day to day. So that’s what the podcast is going to be. It’s going to be on the True 2 Soul network, true2soul.com/radio, and it’s in development and will be out pretty soon. So that’s what I’m currently working on.