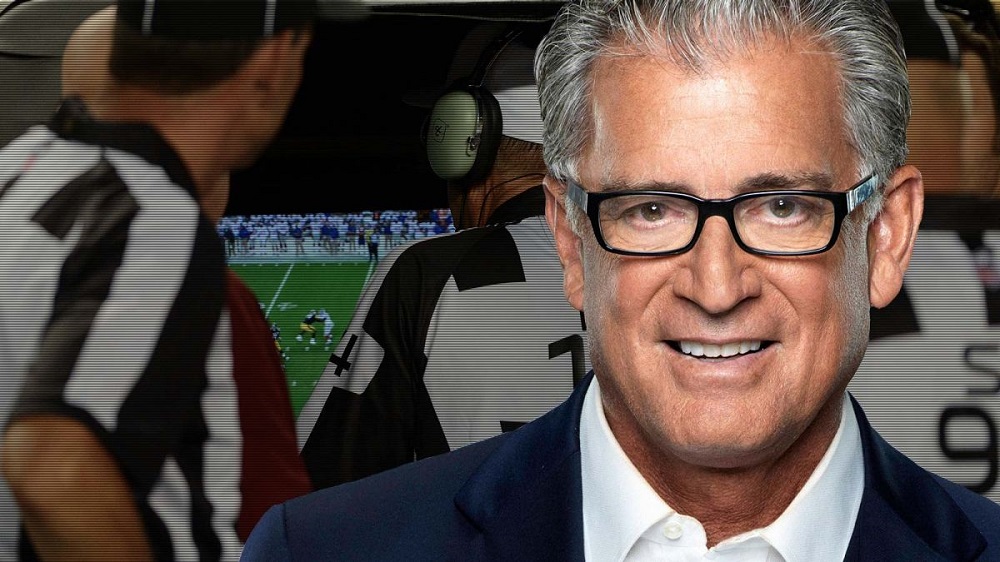 As the calls and letters pile up, the NFL seems to be attempting to do something about it—at least according to former Vice President of Officiating Mike Pereira.

“Officiating is changing before our very eyes,” said Pereira. “And I don’t know if anyone has recognized it, except maybe me.”

While promoting his book, “After Further Review,” Pereira offered the idea that refs are receiving assistance through wireless headsets from replay officials. Sure, this practice would drastically improve calls; however, it is a violation of the league’s own rules.

When questioned, the NFL comments no further than providing a copy of the rules, prompting Pereira to call for more transparency from the front office.

“They’re never going to come out and admit it because it’s not allowed in the rules,” said Pereira. “I get that. And I’m not against the notion of trying to get as many calls right as you can, but my only concern is if the rulebook doesn’t allow you to do it—to me, there is a conflict. I get the side of trying to avoid controversy, but I’d rather the rulebook allow it first.”

Pereira pointed to the Monday Night Football between the Baltimore Ravens and New England Patriots. Ravens running back Kenneth Dixon caught a pass, stumbled at the 27 as the Pats attempted to bring him down, and was eventually stopped at the 23. The ball was placed at the 23-yard line, until, without a challenge by Bill Belichick, referee Ed Hochuli picked it up and moved the ball to the 27. As it turns out, that was the correct call.

“It was the replay official who did it,” said Pereira. “They have gotten so involved in the game since they started using this communication system. The official on the field made an error, and boom, they make that change. What do you think happened? I talk to replay officials. They’re involved in almost everything now.”

As long as they stop blowing games, the NFL can break all the stupid rules they want.