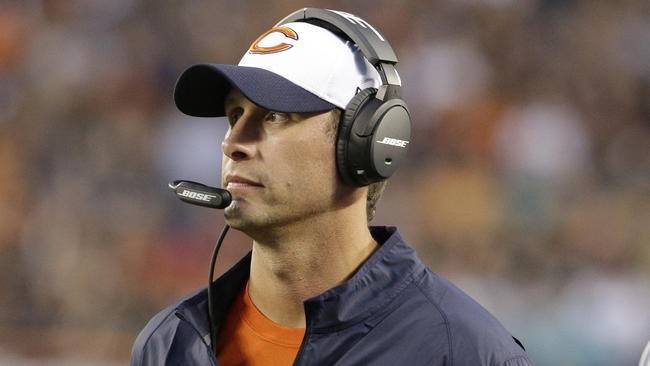 One week after NFL Black Monday, the first team has found its man—former Denver Broncos and Chicago Bears offensive coordinator Adam Gase has been announced as the new head coach of the Miami Dolphins.

After the lack of discipline and direction during the Joe Philbin-era, Gase wanted to make a splash right from his introduction. It didn’t take long for the offensive-minded coach to make a change.

“I’ll call the offensive plays,” said Gase in his press conference. “I feel like I’ve been doing it for the last three years. I really enjoy it. I really enjoy that aspect of putting the game plan together with the offensive staff. So going into this season, that’s how we are going to start, with me calling them.”

Gase has yet to make any roster moves; however, it didn’t take long for one of his coaches to jump ship: Dolphins offensive coordinator Zac Taylor, a quickly rising coach in professional football, has reportedly joined the University of Cincinnati as the Bearcats newest offensive coordinator and QB coach.

Taylor is a guy who I thought would be considered a great coach in the NFL soon, so going to coach college football was a bit of a surprise. Maybe he felt he was doing a good job running the offensive and doesn’t like Gase flipping the script on day one? Or maybe he just feels like he’ll have more control of the offensive with UC?

Either way, the Dolphins will have a new look in 2016. With Adam Gase at the reins, however, it doesn’t look like a quarterback change will be a part of it.

“I think it’s going to start with me,” said Gase when asked about new QB Ryan Tannehill. “I think he needs a guy that’s going to have his back; that he feels comfortable with right out the gate. And I’m going to be working directly with him. And then I am going to hire guys on the offensive staff to also help him develop. I feel like when we do put a staff together we are all going to be able to help him get a little bit better.”