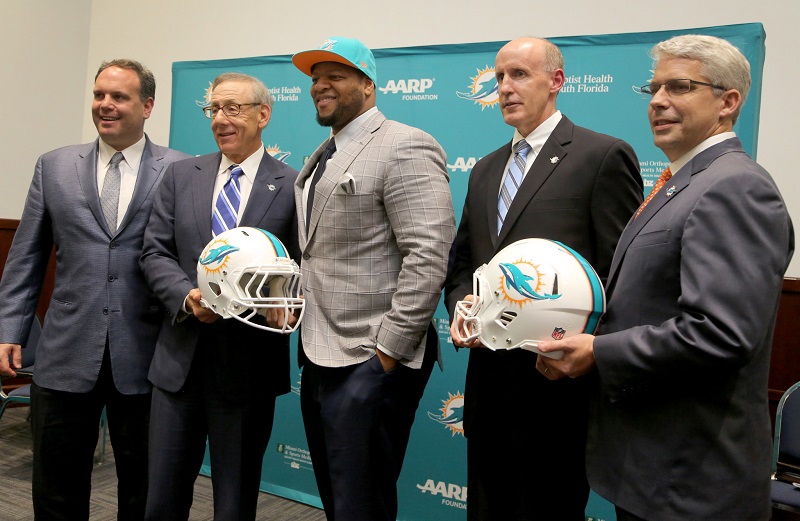 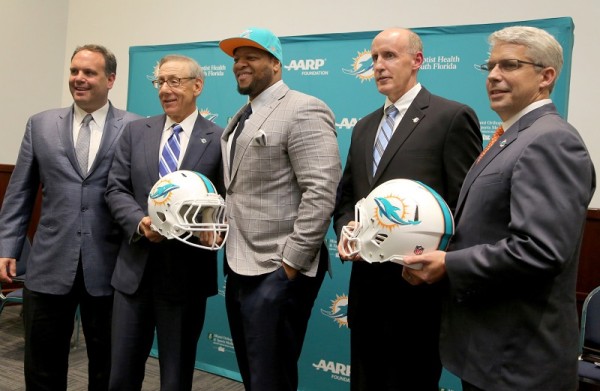 The Miami Dolphins made a huge splash early in free agency by signing former Detroit Lions Pro Bowl defensive tackle Ndamukong Suh to an insane $114 million contract with $60 million guaranteed. The deal makes Suh the highest paid defensive player in the NFL, surpassing Houston Texans star J.J. Watt. Sure, it’s a lot of money, but it was money well spent for the Dolphins who address basically all of their defensive issues at once.

The Dolphins finished the 2014 NFL season 24th overall in run defense. Well the Fins do have some solid pass rushers like Cameron Wake, they needed a big body in the center of the line to stuff it up and prevent running backs from getting through. That is exactly what Suh brings. The Lions had the top rush defense in the league this past season, mainly due to Suh and his ability to plug up the running lanes.

The addition of Suh may actually give Miami the best defensive line in the country. Wake had 11.5 sacks this past season without Suh, and Olivier Vernon has notched 18 over his past two seasons with the Dolphins. Former 3rd overall pick Dion Jordan is still working out some flaws in his game, but he certainly has the talent to have a big year with Suh drawing the majority of the offensive line’s attention. In fact, with Suh taking two to three linemen out of each play, all three of the Dolphins pass rushers should see some significant improve—especially Wake, who is used to receiving the double teams on Sundays.

Of course, a move this big also comes with a downside. Suh’s contract is huge, and basically takes Miami out of free-agent spending for the rest of the offseason. The Dolphins still desperately need an offensive line, and they could use some help in their secondary and linebacking corps. These needs will have to wait for now, as Suh is scheduled to make his guaranteed $60 million over his first three seasons with the team.

The Dolphins will need to go through the NFL Draft over the next few seasons if they want to add some depth to the roster, but that is the price of landing one of the most dominant players in the sport. Sure, it may be pricy; but the Dolphins are definitely lucky to have landed Suh—free agents like him don’t hit the market very often at all.

“He’s obviously a dominant player,” said Jason Fox, Suh’s former teammate with the Lions and now current teammate with the Dolphins. “He’s one of the best defensive tackles, if not the best defensive tackle in the NFL. HE’s a game-changing type of player. He’s not the ‘rah-rah’ guy, and he speaks up when he feels like it’s necessary. He’s one of the guys that leads by example. He’s a hard worker, and obviously that shows.”

For the Dolphins overall, it will take more than one elite player to win in a division with the New England Patriots; however, Suh does give the 8-8 Dolphins the push they may need to make an appearance on Wild Card weekend.

The Dolphins are definitely one of the up-and-coming teams in the NFL. With the Patriots on their schedule twice a year, it won’t be easy for the Fins; but their defense is easily top 10 in the league this coming season. A few good wide receivers, a franchise quarterback, and maybe a tight end; and the Dolphins just may find themselves competing for a Super Bowl towards the end of Suh’s contract.