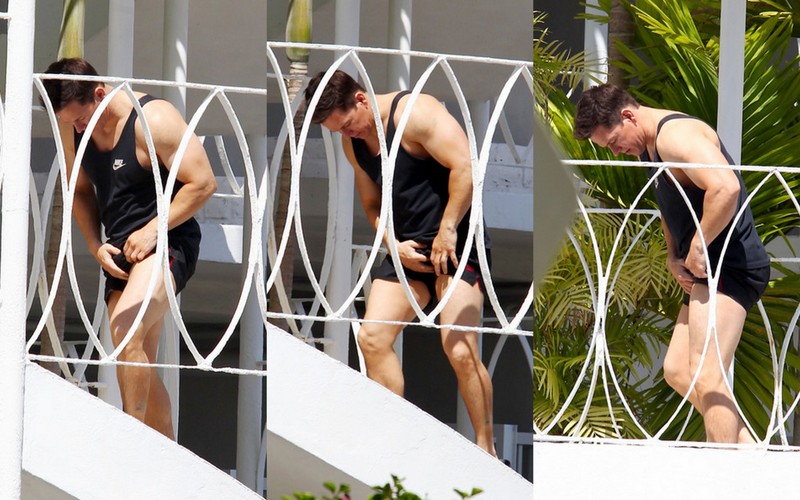 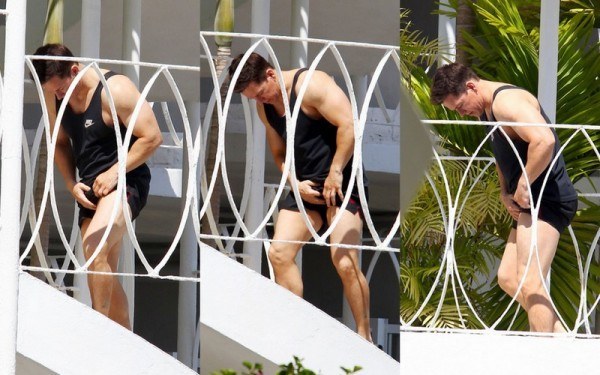 Growing up in a house full of boys, I learned about men at an early age. I learned that they love to do things that may or may not land them in the hospital later. I learned that nothing else matters when a new video game hits the market, and sleep is the habit of punks. I even learned that although they may get on your nerves most of the time, men have a soft spot for the women in their lives. Alas, out of all the knowledge I acquired about the male gender, there is one aspect of manhood that eludes me, even to this day- the need to do “the big junk adjustment” in public. it doesn’t matter if it’s a celebrity or your average guy, men can’t help doing it.

Oh, don’t act like you don’t know what that is men. The “big adjustment” is something that you all do, whether you realize it or not. I get that things shift and need to be rearranged DOWN THERE, but seriously, doing it so blatantly in public has grown to an epidemic. Our friends at Tommy John created a funny video giving you a glimpse into what the world see when you do it to yourself which you can see just below.


As a young girl, whenever I’d see my brothers or their friends (or any man for that matter) fix themselves, I’d offer the only reasonable solution to what I assumed to be itching from post urinary drip. “All you have to do is dry it off after you pee and you won’t itch.” My simple suggestion was always met with laughter, an eye roll or my personal favorite, total disregard.

I have spent the last 25 years of my life trying to figure out why the hell men are constantly and at the most inopportune times, fixing their junk. I mean, is it that big that it requires constant repositioning or that small that you randomly touch it because you just can’t believe the hand you’ve been dealt? It’s okay, you don’t have to answer that.

Living with a man for the last four years has taken my understanding (and oft times disgust) of men to another level. Low and behold, my boo’s thang is a proud member of the public “big adjustment” club. In fact, I am pretty sure he is the president of the local chapter. No matter what I say to him, or what he tries to convince me to be the case about his constant need to touch himself, we are torn on the issue. I ask him, “Bae, can you like, be a little coyer when you… you know?” He tells me, in not too few words, “Mind your business woman.”

Look men, I understand that this fixing of the penis and testicles is something that you cannot and will not stop doing. So let me offer some do’s and don’ts when the urge hits you in public.

Do Find a Private Place

This is common sense people. Believe it or not, there are times when women have the feminine itch, but you don’t see us digging all up in our crotch trying to reach it. That’s because it’s rude and nasty. Go off to the bathroom, into an empty room or around the corner where people can’t see you. I don’t care where you go, just go.

Do Wash Your Hands

Sometimes that urge to adjust is because your boxers are too tight, as explained by my significant other. Other times, it’s because a little bit of pee has dried on your Johnson causing irritation. Just do us all a favor and wash your hands afterward. If you can’t get to a washroom, carry hand sanitizer. It is your friend.

I get that sometimes you can’t get to a private place for whatever reason, so why not come up with some ways to stealthy make your adjustments? Maybe go through your pockets, or perhaps sit and cross your legs. Just have enough respect for the people around you not to subject them to your fiddling.

Do Be Aware of Your Surroundings

Speaking of people around you, I hate to break it to you, but the “big adjustment” is a big no no at playgrounds, parks, schools, the pediatrician… pretty much anywhere children are present. How do you expect to explain to a four-year-old the reason and method for what you are doing? Or better yet, to a judge because people don’t take that kind of thing lightly and what may be an innocent male habit can turn into a guilty verdict.

If someone says something to you about your big adjustment, you really don’t have any room to be offended, especially if you do it for the whole world to see. You may not like that I’m calling you out on it, but guess what? I don’t like that you can’t comprehend that I don’t want to see it. It’s a two-way street buddy.

I don’t know how many other ways I can say this. Adjusting yourself in public is not cool, and it’s not cute. Understandable, but not cute. If someone mentions it to you, don’t be an ass or a jerk. Just respectfully apologize and try not to do it again.

Your constant need for adjustment may necessitate new undies. Yes, that’s right. Those lucky briefs from the ninth grade have run their course. It’s time to retire them… to the dumpster. If you have trouble getting into your underwear, if they have holes in them or stains, those are signs it’s time to let them go. And that, my dear, could be the answer to all of your problems.

These are not unreasonable requests. In fact, you should thank me for giving you tips on how to be a more delightful human being. Read the list, don’t think, just follow. And the world will be a better place.