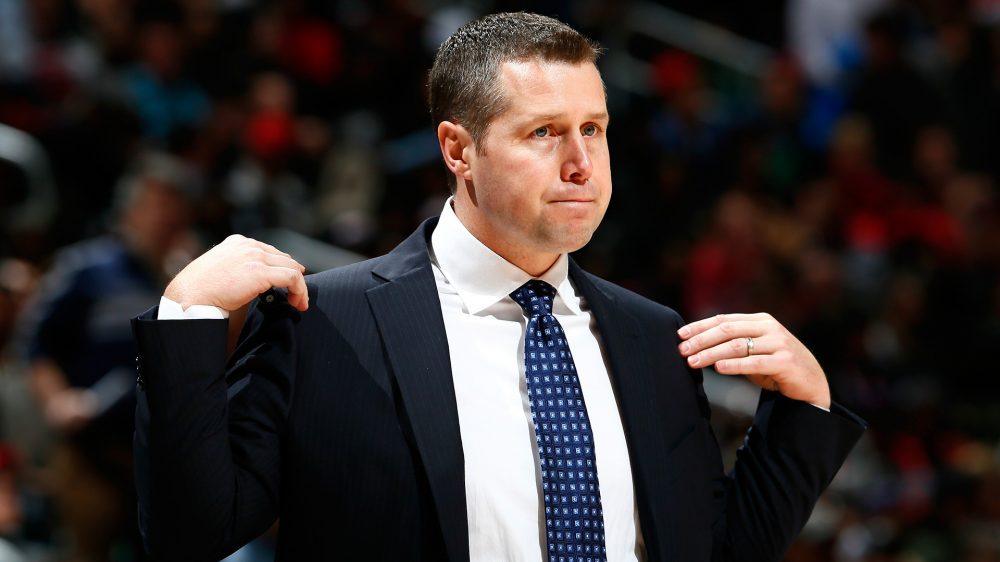 UPDATE 5/9/2016:
The Sacramento Kings have reportedly signed a four-year deal with Dave Joerger making him the team’s new head coach. Joerger went 147-99 with the Memphis Grizzlies over the last three seasons. We reported Sunday that the Mephis Grizzlies had fired the coach, but the King’s were working hard to bring him onboard. Money was definitley no problem for them as there were reportedly offering him $4 million per year for a three year period. Not a bad way to fall upward.

The Memphis Grizzlies might have decided to let head coach Dave Joerger go, but the Sacramento Kings look like they’re ready to scoop him up. They are in discussions, and it looks like Monday may determine if he’s to become their new head coach. The team definitely wants him as talk is that a $4 million a year three-year deal is on the table.

The Memphis Grizzlies have fired head coach Dave Joerger after three seasons leading the team. Joerger and the front office had reportedly been growing apart over the course of this season.

“The decision was made because I believe you need a deeply committed leadership team in order to establish the strong culture needed for sustainable long-term success,” said Grizzlies general manager Chris Wallace. “I don’t want to get into specifics, but our goal now is to identify the best candidate for our organization.”

Joerger finishes his first head coaching stint 147-99. The Grizzlies finished 42-40 this season, but they were able to slip into the playoffs with the 7th seed in an unusually weak year for the Western Conference; however, they were swept by the San Antonio Spurs in the first round.

Joerger had a good run with the Grizzlies; however, there’s one thing equally important as wins in professional sports—loyalty. The team’s management felt that Joerger wasn’t committed to the Grizzlies, a view they have held since he interviewed for the Minnesota Timberwolves head coaching position two years ago.

The straw that broke the camel’s back was Joerger’s recent request to interview with the Sacramento Kings for their recent vacancy at head coach. Wallace and company were fed up with the lack of commitment and decided a change needed to be made.

Of course, the feeling was mutual. Joerger’s side believed that the team was not truly committed to him, citing certain trades and transactions as detrimental to his job security. The Grizz insist, however, that they were set on Joerger until the rift between them became even greater this season.

“Both sides have to take a look in the mirror,” said a source within the Grizzlies. “Neither side is innocent in this. But it’s better that it’s been resolved now rather than later in offseason or early next season.”

With Marc Gasol missing a good portion of the season and Mike Conley going down before the playoffs, the Grizzlies may have chosen the best possible time to clean house. Might as well start focusing on 2017.