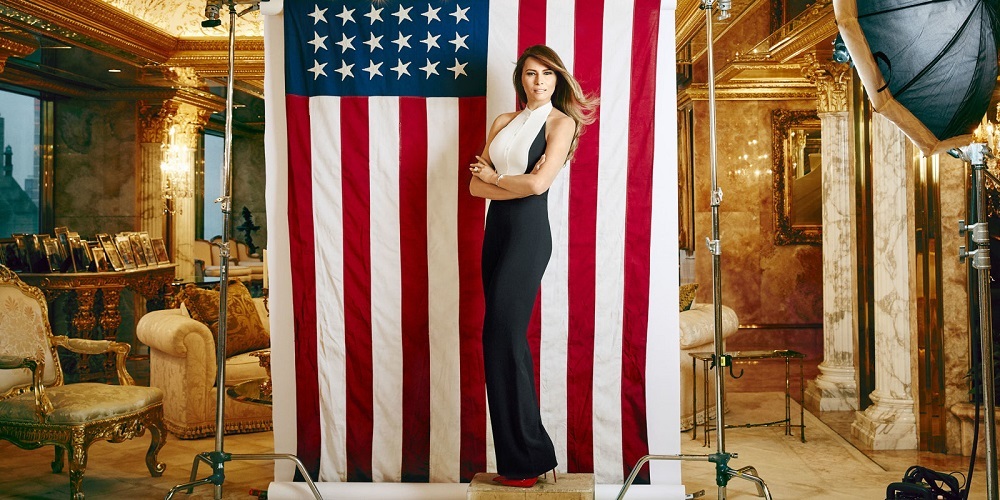 Donald Trump talks a big game about keeping illegal immigrants from coming to our country and stealing jobs from hard-working Americans, but it seems his wife, Melania Trump gets a pass from him.

It seems after some information digging that Trump’s wife took a few modeling gigs that weren’t legal here. Let’s see how the Republican party tries to either ignore this (most likely) or spin into a feel good ‘coming to America’ story. This is easily one of those stories where they’ll try to laugh it off and claim that the documents used in the story aren’t real although they were authenticated.

Melania Trump, the wife of Republican presidential nominee Donald Trump and an immigrant from Slovenia, was paid for 10 modeling jobs in 1996 before she received legal authorization to work in the United States, the Associated Press reported Friday night.

The AP cited detailed ledgers from Melania Trump’s modeling agency, as well as a contract she signed with the firm, concluding she was paid more than $20,000 for the work over a period of seven weeks.

The finding contradicts repeated statements from both Melania and Donald Trump, who have insisted that she scrupulously followed U.S. immigration law when she came to the United States as a striving model.

It also creates a potential political embarrassment for the Republican nominee, who has based much of his campaign on a vow to crack down on illegal immigration — including deporting people who have violated the terms of their immigration status.

The Trump campaign has said Melania Trump came to the United States in 1996 and then met and began dating Donald Trump in 1998. She received a green card that allows permanent residency in 2001, the campaign has said and then became a U.S. citizen in 2006, the year after she and Trump were married.

“I am pleased to enclose a letter from my immigration attorney which states that, with 100% certainty, I correctly went through the legal process when arriving in the USA,” Melania Trump tweeted in September when she released a lawyer’s letter outlining the history. The campaign provided no documentation of the narrative at the time. 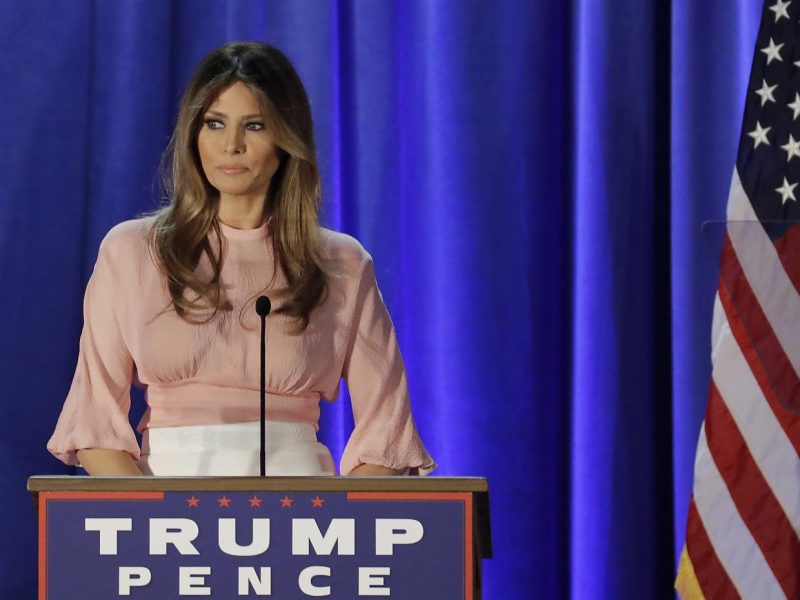 The new information involves Melania Trump’s activities in her first weeks after arriving in the United States. The Trump campaign has indicated that she arrived on Aug. 27, 1996, holding a B1/B2 visitor’s visa. She then received an H-1B work permit on Oct. 18, 1996.

It is illegal to perform work for money while holding a visitor’s visa. However, the AP located records showing she was paid for multiple jobs during the weeks that she held the visitor’s permit, including for Fitness magazine and the Bergdorf Goodman department store.

During that time, she also signed what appeared to be a standard management agreement with her agency, Metropolitan International Management, that appeared to have been executed on Sept. 4, 1996.

Neither a Trump campaign spokesman or Michael Wildes, the lawyer who wrote the letter outlining Trump’s immigration history in September, responded Saturday to requests for comment. Wildes told the AP “these documents, which have not been verified, do not reflect our records including corresponding passport stamps,” but did not answer additional questions.

Melania Trump has in recent days re-emerged on the campaign trail, after a long absence following a speech she delivered at the Republican National Convention that borrowed language from Michelle Obama. Melania Trump held a rally on Thursday in Pennsylvania, where she issued a call for civility in politics.

In a speech she delivered Thursday in a Philadelphia suburb, she again highlighted her legal immigration status. As she spoke of the years she spent getting her visas and green card, several Trump supporters in the audience shouted — “Yes! A legal immigrant!

Experts say many immigrants to the United States perform work illegally while holding a visitor’s visa, putting them “out of status” and potentially endangering their ability to later become U.S. citizens. It is one reason, they say, that there are so many people living in the country illegally. Trump has promised to deport people who have violated the terms of their visas.

It is considered fraud to lie during the immigration process, for instance by entering the United States with a visitor’s visa but intending to work and falsely a telling a border control officer otherwise.

If authorities can prove a person has engaged in fraud, the consequences can be severe. Immigration authorities can retroactively seek to revoke citizenship of people found to have violated immigration law. But that process is very rare, generally only used in extreme cases, such as when a person is suspected of involvement with terrorism.

Still, the new information “shows a disregard for the rules,” said Bruce Morrison, a former Democratic congressman and immigration expert. “Technically, it could unravel her status, if it is true.”

A former partner in the firm, Paolo Zampolli, confirmed to the AP that the documents appeared authentic but could not recall additional details. He has told media outlets that he paid for Melania to come to New York in 1996 and arranged for her H-1B work visa so she could work at his Metropolitan Models.

She was 26 at the time, far older than the typical Eastern European recruit, usually 18 or 19.

Metropolitan was dragged into nasty contract disputes, and court documents related to them filed in New York detailed many lavish parties its young models attended.

Metropolitan, like many modeling agencies, often threw parties, and their guest list included rich and influential men. It was at one of the parties in 1998 that Zampolli said he introduced Melania to Trump.

Immigration experts say questions remain about how Melania was able to obtain her green card in 2001, which allowed her to remain in the U.S. permanently.

She has said she was granted the permit because of “extraordinary ability,” but experts say that visa category is generally reserved for people whose accomplishment is at the level of a Nobel Prize winner. It would be unusual, they say, for a model with no college degree to qualify.