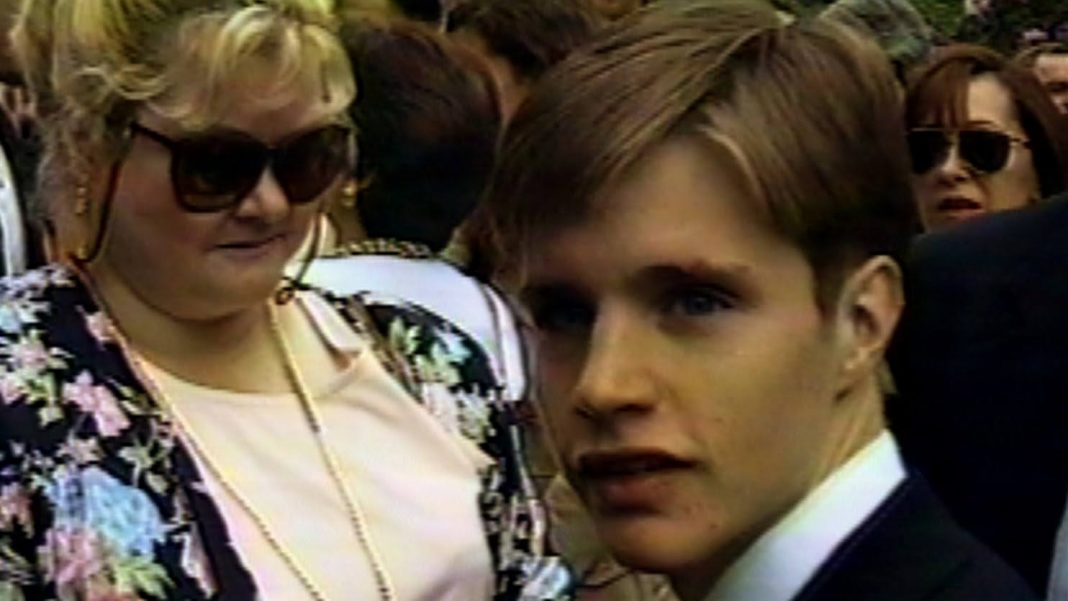 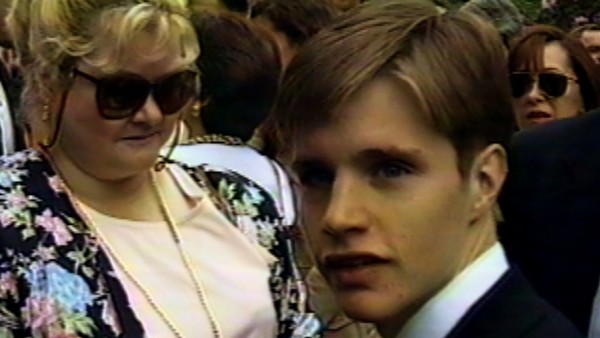 Education Pictures and Virgil Entertainment are teaming up to release the documentary Matt Shepard is a Friend of Mine onto DVD and digital HD. The film has been featured at numerous international festivals and took home several awards, including 10 Best Documentary and Audience Choice Awards. You can check it out here.

Michele Josue, who was a personal friend of the late Matt Shepard, is the brains and director behind the film. Like many modestly sized films these days, Matt Shepard is a Friend of Mine was partially funded through crowdsourcing site, Kick Starter. Michele set a goal for $50,000 but was able to garner over $60,000 in pledges from people who wanted to support the project.

The film surrounds the 1998 true story about Matt Shepard, who was kidnapped, beaten and tied to a fence on a farm in Wyoming, all because he was gay. Unfortunately, young Matthew wound up dying from the unwarranted violence he had to endure. His death made a huge impact globally, as it put a spotlight on the hate crimes that many gay people were and still are facing. Since his story touched so many people, Michele decided she wanted to create a film that reflected who Matthew was to her…a good friend.

Throughout the film, Michele narrates the personal journey and debilitating grief that Matthew’s friends and family (herself included) went through after the horrible incident.

The film also features emotional scenes from both of Matt’s parents. Since Matt’s death, Mrs. Shepard has become a devoted activist, while his father continues to express his undying love and reflect on the memories he shared with his late son. There are also numerous vivid testimonies from other people who were close to the young victim, including from the bartender who served Matt on the night of the attack. Additionally, the film reveals the close ties that Mr. Shepard had abroad, as he attended a boarding school in Switzerland while his father worked in Saudi Arabia.

Michele uncovers some other details about Matt, which weren’t made public when his death was in the headlines. In the documentary, it is revealed that Matt had already encountered discriminatory violence, as he was raped while on a high school trip in Morocco.

The trailer for the documentary starts by showing footage from his youth, including him graduating (presumably middle school) and him hanging out in his living room with his brother. In it, his father is heard solemnly reading a light-hearted description explaining, “my son Matthew did not look like a winner. He was rather uncoordinated and wore braces from the age of 14 to the day he died.” It then goes on to showcase news coverage from the time of the event (October 1998). The news anchor is heard describing the police’s findings, “the battered body of Matthew Shepard, beaten almost to death. He was barely alive.”

Footage from the press following the incident is shown, including a scene where Mr. and Mrs. Shepard’s representative urges all parents to go home and ensure that your kids know how much they love them. There is also a scene from the huge candlelight vigil that was held in Matt’s honor. His death’s global impact is emphasized by the appearance of Ellen DeGeneres, who is incredibly emotional as she talks about the late young man.

While the movie is focused on Matthew’s story, it also dives into the broader issue of the countless members of the LGBT community who faced an untimely death because of their sexual orientation. The teaser ends with a strong message that shows how much sorrow those close to Matt are still feeling, even after so much time has passed.

Matt’s mother, Judy, commented on the film saying: “[the director] Michele was one of Matt’s most cherished friends, as are others whom she spent years interviewing, sharing how Matt changed them and how they changed themselves in the wake of his passing. Her film will forever stand as a unique view into our son’s heart and his hopes. We are profoundly grateful that others will be able to share in its message.”

Furthermore, the film takes a story that was once shared across the globe and brings it to a more personal level. Instead of seeing Matt as simply a victim, Michele uses the film to paint a picture of who Matt truly was and how undeserving he was of such a cruel act. 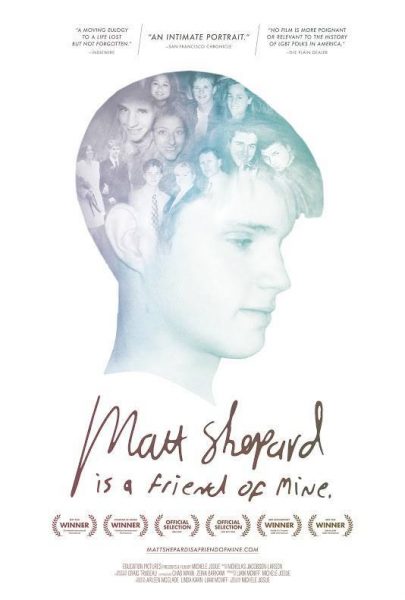 On October 7, 1998, University of Wyoming student Matthew Shepard was brutally beaten and tied to a fence and left to die because he was gay. Years later, Michele Josue, a close friend of Matt’s, revisits the shocking case with never-before-seen photos, rare video footage, as Shepard’s all-too-brief life is remembered through the vivid testimonies of those who knew him best. New revelations emerge in one of the most notorious hate crimes in US history, leading to a searing, poignant, and multi-layered biographical and sociological portrait. In the end, the notion of forgiveness–embodied in the moving and courageous final act of Shepard’s parents–takes on truly heroic proportions.

Sixteen years ago, just past midnight on October 12, 1998, my dear friend Matt Shepard died from a vicious anti-gay attack at the hands of confessed homophobe Aaron McKinney and his accomplice Russell Henderson. Matt’s death opened the world’s eyes, including my own, to the hate and inequality the LGBT community struggles against to this very day.

I was 19 when Matt died and his loss was devastating for me. It’s a hard thing to understand, but as his story became an international news event, my heartbreak and sense of loss only grew as my friend Matt was replaced by “Matthew Shepard,” an historic figure and icon that will forever be associated with unspeakable violence and hate. And as the media stripped my friend of his humanity, I made a promise to myself that when I was emotionally and artistically ready, I would share, with the world, who Matt really was — in the only way I knew how, through film.

So in the fall of 2010, after close to a year of research and intense discussion, I, along with a very small team, set off to make Matt Shepard Is a Friend of Mine, a film that would recapture the Matt the world barely knew. During the course of these years, I traveled all across the U.S. as well as Switzerland and Morocco to film important people and pivotal locations from Matt’s life. We made numerous trips to Laramie, Wyoming, where we photographed evidence from Matt’s attack. We interviewed the exemplary law officials who were involved in his case, including Undersheriff Rob DeBree, who painstakingly walked us through every detail of that fateful evening’s events. We filmed everyone from Matt’s parents, his closest friends, teachers, and mentors, to the bartender who last saw Matt and his murderers at the Fireside Bar on October 6, 1998.

The people I chose to be featured in Matt Shepard Is a Friend of Mine, many of whom are also mutual friends of mine, all had close relationships with Matt and knew him at various points in his all-too-brief life. Collectively, they construct a truly encompassing and intimate portrait of Matt as he really was—a complex, sensitive, gay young man who worked hard to find peace and his place in the world. Through their vivid recollections of Matt, his joys and struggles, they reveal a young person, struggling to come of age, who is no different than any of us.

While Matt’s death did open my eyes to a world that could be so hostile and cruel, in many ways, the opportunity to tell Matt’s story has also showed me how incredibly good, beautiful, and just the world can be. Matt’s story includes exemplary police work, tireless activism, and the legislative victory of the Matthew Shepard and James Byrd Jr. Hate Crimes Prevention Act. His story shows us how love overcomes hate, and mercy surpasses cruelty and intolerance. Finally, there is the power of “Matthew Shepard,” Matt’s legacy to inspire current and future generations to be proud of who they are and to live their lives with courage, compassion, and forgiveness.

As a filmmaker and Matt’s friend, I feel extraordinary gratitude to be able to tell his incredible story and a tremendous obligation to depict him honestly, as the flawed, yet wonderful human being he was. For this reason, it is heartbreaking to me that the dehumanization and victimization of Matt continues to this day in the form of outrageous conspiracy theories and disgraceful character assassinations, which can only be motivated by a reckless opportunism and a blatant disregard for any sort of acceptable journalistic standards.

Now more than ever, our film stands as a witness to what actually happened the tragic night of October 6, 1998 and, more importantly, to the innately good, kind, and big-hearted person Matt was. Our film and the people in it all bear witness to the simple fact that Matt Shepard was a good person—an amazing person with a bright future who tragically fell victim to the ignorance and hatred that persists in our society today.

As a storyteller, I am truly grateful to have the opportunity to tell Matt’s story in the honest, sensitive, and dignified way it deserves to be told. As Matt’s friend, I am forever grateful to have this opportunity to stand up for him, alongside his family and friends and countless supporters around the world, as he is not here to stand up for himself.

You can now purchase Matt Shepard is a Friend of Mine on DVD or Digital HD, as it was released on November 3, 2015.